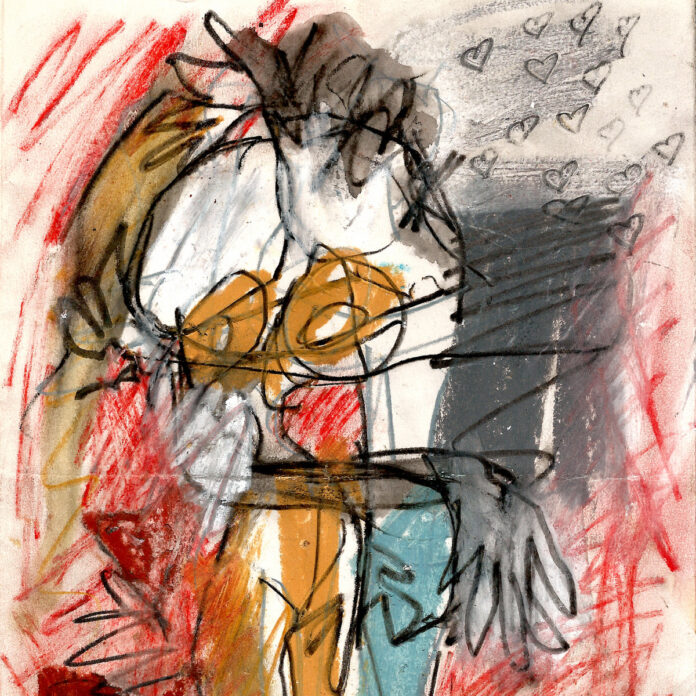 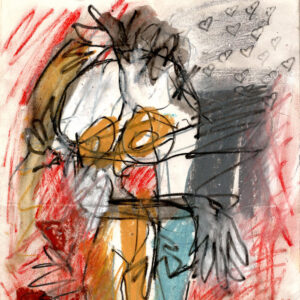 Saudade is a Portuguese word that seems to have been growing in use over recent years. I first became aware of it in a feature on Nick Cave, who described it as “an inexplicable longing, an unnamed and enigmatic yearning of the soul.”

He went further to say “it is this feeling that lives in the realms of imagination and inspiration, and is the breeding ground for the sad song, for the love song. Saudade is the desire to be transported from darkness into light, to be touched by the hand of that which is not of this world.  The love song is the light of God, deep down, blasting up though our wounds.”

Saudade then is a powerful word. It is also the name of the new album by The Sad Song Co., which gives it much to live up to.

The Sad Song Co. are one Nigel Powell, who has recently been occupying himself in Frank Turner’s constantly touring backing band The Sleeping Souls. As with so many of us, the Covid pandemic and the subsequent lockdowns have resulted in some unexpected downtime and the opportunity to perhaps indulge in a spot of soul searching, something Powell took advantage of. Rather than working on another Sleeping Souls album, he found himself unexpectedly developing another solo record.

The song titles hint at Powell’s mood as he worked, with Deserted By Every God and These Tears Won’t Cry Themselves evoking desolate images before a note of the album is played. It is a pleasant surprise then that Saudade is a far cry from being a downbeat trip through somebody else’s solitude and is instead an uplifting and ultimately positive experience.

Musically, it is difficult to pigeonhole the music Powell makes, but I get flashes of early Bowie, Keane and the much-missed Delays in the songs that make up Saudade. Powell is that most old-fashioned of things, a singer/songwriter, a phrase that seems to have fallen out of favour in recent times but one that seems to sum things up here.

Saudade opens with the album’s title track, an instrumental track that grows from fragile roots with a simple cyclic piano refrain at its core. It is a bold move for a singer to open an album with a track that does not have any singing, but Saudade sets the tone for the album that bears its name.

These Tears Won’t Cry Themselves introduces us to Powell’s voice and lyrics, with a song that shows shades of early 60s British psychedelia; reminding me of the tweeness of some of Syd Barrett’s output of the time, singing “I’d best get on, these tears won’t cry themselves”. This is not to say that this is a backwards-looking record, but there is much here that will please older listeners, although Powell himself may be surprised at such thoughts.

On Hold, the guitars come to the fore a little. We are still a long way from rocking out and Hold soon breaks into a catchy chorus, something that becomes one of the album’s recurring strong points. The delightfully titled Hastings, Out Of Season is a piano-led waltz, using ‘faded seaside glamour’ as lyrical imagery for old memories and confronting one’s own mortality. Despite its themes, Hastings, Out Of Season is something of an epic.

With an equally evocative title, Makarska Sunset, 25th May 2018 is another instrumental, this time featuring a lone, almost classical piano melody for its brief running time of just under a minute. It serves as almost a palette cleanser for the rest of the album. Away Until Christmas Morning again evokes the 60s psych era, with Bowie/Barrett flourishes very much to the fore. Powell finds beauty in sadness as he sings “the dark is on your side and the night is beautiful”. The piano work here is beautiful, with clever use of dissonance hinting at the song’s deeper concerns.

A foreboding bass note introduces Deserted By Every God. Soon a sparse bass drum and skeletal snare gives the song a rhythm to hold on to until the chorus again gives us firmer ground on which to stand. An album highlight, Deserted By Every God builds slowly but surely until it again hits epic territory and shows us why Saudade is an album that very much deserves your time and attention.

The piano and drumming single on My Saccharine hints at a love of Jazz musicianship but soon finds its pop feet. Lyrically, My Saccharine concerns itself with the unhealthy aspects of looking back at a failed relationship or, as Powell put it, “possibly it’s about being addicted to sherbet lemons.” This is an apt quote, as the song has a sweet pop exterior, but at its centre is a much sharper taste. Teeth and tooth decay feature heavily in its imagery, as Powell cleverly equates invisible spiritual deterioration with physical decline.

Feeding comes across as a Radiohead-influenced song and sounds initially jarring in its modernity and displays a left of centre approach to song and lyric writing. In fact, throughout Saudade, the lyrics are designed to take centre stage rather than sit behind the music. Powell is a clever so and so, make no mistake.

Next track, Lighthouse, again starts with piano. It is perhaps the dependence on piano and drums that led to my earlier Keane comparison because there is, in truth, little they have in common other than instrumentation. Powell has an easy knack of building songs up from thin beginnings and Lighthouse demonstrates this beautifully. Before it comes to an end at just over the three-minute mark, it has built into a wall of sound completely at odds with its meagre instrumentation.

Saudade finishes as it started, with an instrumental given the name of a saying derived from a foreign language – Sine Qua Non, meaning something that, in its absence, would result in something else not happening, some kind of emotional catalyst. As such, it bookends Saudade very effectively and leaves us with a pleasant taste in the mouth after some emotional depths have been plumbed.

Saudade is far more than a lockdown album, it is a big, bold statement that, although life has the ability to knock us down, we have the capacity to recover. We all know that life can contain regret, but equally, we know we will be able to look back, reflect and move on.

Saudade may be defined as “a deep emotional state of nostalgic or profound melancholic longing for an absent something or someone”, but it can also be the first step on a path to better, brighter times.

The Sad Song Co can be found on Facebook and Twitter. Saudade can be bought at Bandcamp.