Home News The Runaways to reform… 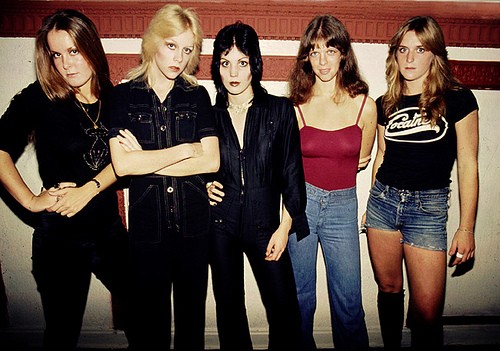 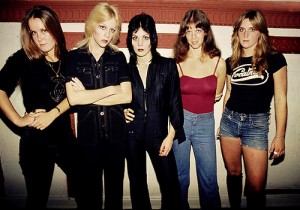 There is clearly something in the air or possibly money to be made in the reformation genre”Â¦ just when we thought there was no one left to re-form, we got news that The Runaways are about to make the announcement, well if a post on former members Cherie Currie’s Facebook page is any indication

Apparently former band mate, Joan Jett, did the matchmaking, leading to a meeting between guitarist Lita Ford and singer Currie that apparently went extremely well, so well in fact there was talk of “doing together again what we had done so well as kids.”

I’ve had this reoccurring dream. It started about 25 years ago and in this dream I was sitting with a woman I had spent my teenaged years with, been through a lot with. We would talk, just ‘be’ and the dreams were so full of happiness, anticipation and this need to tell her what she meant to me.., how proud I was of her and what we had done together. That I loved her.

I had that very dream again three weeks ago only to awaken to the realization that again, it was only a dream.

Three days ago I spoke to someone that knew this woman as I did back then and who had recently spent time with her after so many years.. I told this mutual friend how I wished I could have that opportunity and how much it would mean to me. She offered to reach out on my behalf and pass along what I had waited so long to say.

The following day what felt like a miracle happened. I received an amazing email from this long lost friend I have dreamed of all these years and she was as happy to hear that I wanted to see her as I was that she would want to see me.

Tonight, that dream came true. It was joyful, sometimes tearful, yet so exhilarating and full of love. Just the two of us, feeling like teenagers again but with the maturity that 30+ years can bring, what life, being mothers will bring.

We talked about our kids, our lives and our dream of doing together again what we had done so well as kids.

She is everything and more than I could have imagined and I get to see her (my friend) again tomorrow night, introduce her to my son, Jake and cheer her on.

I no longer have to dream. I am now living that dream.

I want to thank the mutual friend that brought us together, Joan Jett.

And the long lost sister I have waited 30+ years for? Lita Ford.

(Don’t let anyone tell you it can’t happen.)

The Runaways were formed in late 1975 by drummer Sandy West and rhythm guitarist Joan Jett after they had both introduced themselves to producer Kim Fowley, often considered a US version of Malcolm Maclaren ”â€œ Fowley has since denied ”Ëœcreating’ the band. They, through friendships with Blondie, The Ramones and The Dead Boys were introduced to The Damned and the Sex Pistols and so were attached to the emerging punk scene.

The band subsequently released four studio albums and one live set during its run. Among its best known songs: “Cherry Bomb”, “Queens of Noise”, “Neon Angels On the Road to Ruin”, “California Paradise” “Dead End Justice”, and the cover of The Velvet Underground’s “Rock n Roll”. In Japan the reaction to the bands was phenomenal – with thousands flocking airports upon their arrival, scenes last seen when The Beatles arrived in the country.