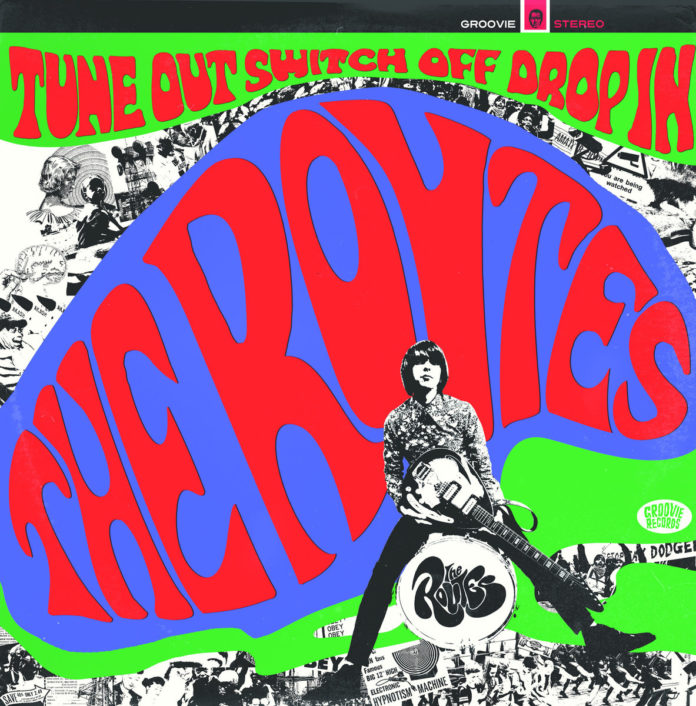 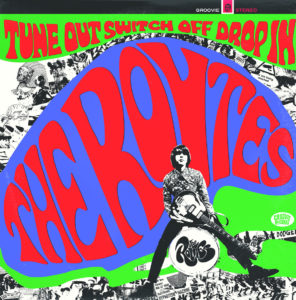 TUNE OUT, SWITCH OFF, DROP IN

Over the course of the last twelve years, ex-pat Chris Jack and his revolving collaborators under which he records as The Routes have set off down a path that led them from crunching, straight-up garage-beat to something altogether otherworldly. Two years have passed since their last release and during that time Chris has fallen further down the rabbit hole, engulfed in a dense fuzz from which flies spaced out shots of psychedelic guitar. As the title suggests, this is their acid trip album, and Chris, with drummer Brian Styles, have pulled it off with style. A clear nod to Timothy Leary, twisted to reflect the modern nightmare from which we are yet to awake.

Album opener The Ricochet does exactly what its title suggests as the tremolo reverberates in a drone not dissimilar to the drive of Sonic Boom in Spacemen 3. The song builds around the sound, drifting closer to a more shoegaze style than would be expected from The Routes given their output thus far. The added guitar riff keeps the song in that newfound territory and for the first five minutes of the album it seems that Chris Jack is hell-bent on erasing the primitive garage of his first records in favour of a more sonic soundscape. However, the fantastic King Of Loose Ends that follows soon puts pay to that. Built on a typical garage rhythm over a sparse drum beat, and topped off with a catchy harmony mimicking the guitar that runs throughout, the song has an infectious groove that shimmies along and shows that their roots are still to be built on. The title track hammers it home more, even employing the bounce of a more spaced out Boris The Spider.

What’s evident on Tune Out… is that Chris Jack is pulling together both his garage beginnings and his more psychedelic adventures and getting the best from both sides. Up And Down drops the pace and, drenched in reverb, skirts closer to The Soundtrack Of Our Lives’ more prog-inflected songs, without losing its intensity, while lead single Just How It Feels lays on thick the hazy acid trip garage that imbued the Elevators and Jefferson Airplane. When they drop off the fuzz, such as on I Think I’d Wanna Die, they leave us with something more akin to The Mojo Men, a clearer, crisper number that cuts easily through the intensity of what surrounds it like a ray of light through the fog.

On their seventh album, The Routes are drawing in more of their influences to create a more nuanced and rounded album than their previous ones which, while strong, ploughed more singular paths. It’s the culmination of a decade and half of journeys and a credit to Chris Jack’s single-minded determination. This is quite possibly his best record to date.

Watch the video for Just How It Feels below: