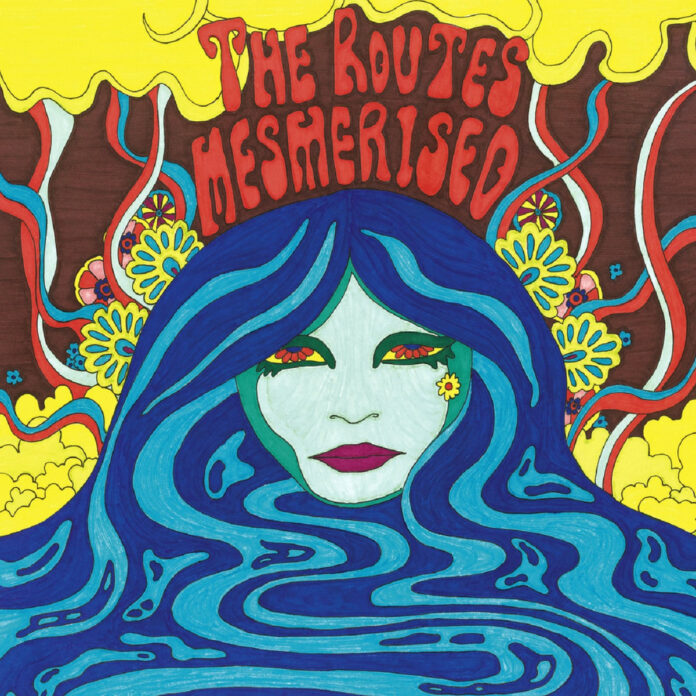 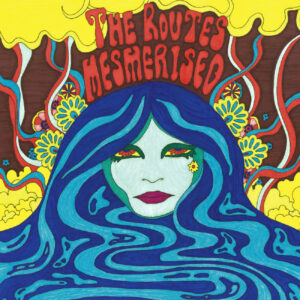 The Routes return with a new album of classic Nuggets-esque garage-psych on album number 8, Mesmerised.

We’ve followed Chris Jack’s development with his band The Routes for some time now, first covering them a few years ago when he’d taken the decision to record his album This Perfect Hell alone, solitary in his single-minded vision to meld the crank and crunch of classic garage influences with the drone of Spacemen 3 and dashes of Guided By Voices. On his latest album, Mesmerised, the Scotsman (long decamped to Japan) has decided to hook up once again with two names from The Routes past, reuniting again with Bryan Styles and Toru Nishimuta, both of whom we heard on the band’s 2019 album, Tune Out, Switch Off, Drop In. Styles also contributed to Jack’s magnificent solo album, Miles To Go, which was released last year.

Each release from the band sees Jack re-aim, re-focus and train his sights in on another strand of outstanding garage. The new album opens with the thunderous Broken Goods, a whipping guitar riff curling out from within. From there they drop into the proto-psych of Society, one of the songs that has teased the album’s release. Structured around an ever-falling swirl through the verses, the song drips in despair, bloodshot eyes looking out over a crumbling world. It’s paranoid and beyond repair, jaded, lost and pulling on your neck to drag you down to its view. But the album is by no means set on that path.

One of the delights of every Routes record is the way they whip around and trip you at every turn, never knowing what you’re going to face next. The title track, which we premiered last month, is a cracking fuzz-fuelled acid dose of Haight Ashbury tripping psych, while Two Steps Ahead pummels that garage-revival sound of The Cynics. It, and the cracking chaos of The World’s At Fault, sound like pure and original takes from one of the many ‘lost’ garage bands compilations. The urgency of any one of the Teenage Shutdown bands updated for 2021.

Leave My Bed is one hell of a catchy tune. Call and response basslines skip out from the mix answering every statement and guitar lick. It’s a late highlight, for sure. Used To sees them back in that drone-garage rock sound before they close out with Foot In Mouth, a summery garage-pop breeze straight from the beaches of L.A. to Pandora’s Box and a Sunset Strip riot.

The output of Chris Jack and his revolving band is unstoppable and rumours are that albums nine and ten are already in the bag. As always, we’ll await them with anticipation, but they’ll be hard-pushed to knock Mesmerised off the turntable for now.