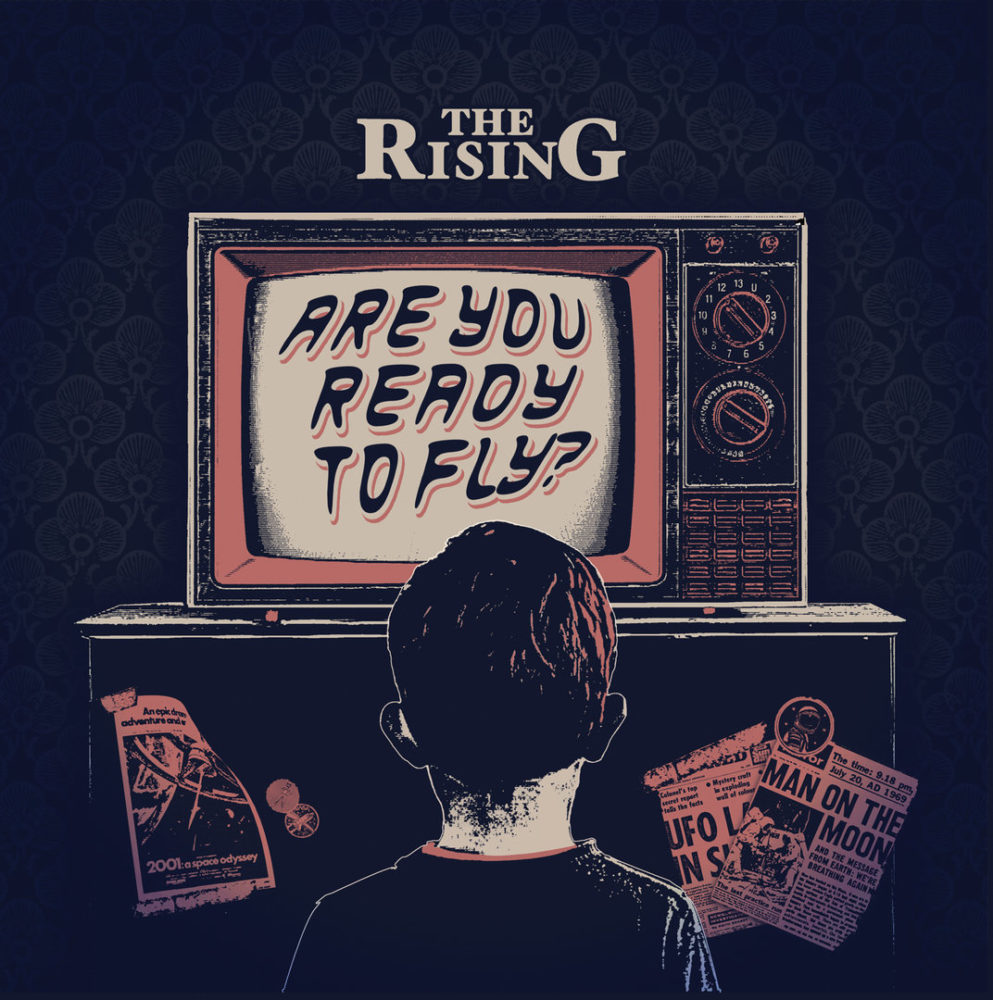 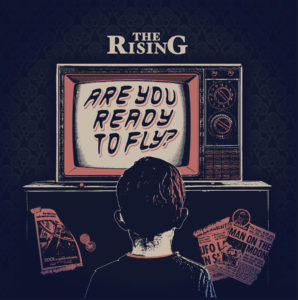 The Rising – Are You Ready To Fly? (Detour)

The Rising return with their much anticipated second studio album on Detour.  Big production, psychedelic anthems and some thoroughly Modern Mod pop.  A contender for mainstream success… if they can get national media coverage.  Ged Babey gets on the blower to 6-Music.

The world is yours to claim.  Seize this moment!

Local Boys Make Good.  Against all the Odds.

Remember when teachers would say; “You’ll never amount to anything boy!  Your head’s in the clouds. You’re a dreamer”.  Well, this is the moment when Jimmy, Liam, Barrie, Tommy, Matt, Ryan and Emily are vindicated.  Listen to this!  We have made a bloody great album, full of memorable tunes, catchy songs and uplifting lyrics.  A proper, well-produced,  2018 album!

The Rising are ready.  Ready to go up a level from self-managed, self-funded, popular local band and best-sellers on Mod/Scooterist label Detour, to proper contemporary 2018 pop group; they should be on the radio, on TV and touring nationally – were their any justice…  But you need a lot of luck, money or friends in the right places to do that nowadays….

Some of the loyal followers of Detour Records output will absolutely love it whilst others will baulk at the retro-80’s synthesizers and stratospheric psychedelia on half the tracks.  But if this gets the exposure there are a legion of former Lad Rock fans who would lap it up.  There is even a track your mum or nan will like  – (Talk To Me) a ballad which Gary Barlow could’ve written if he was going through a Lennon phase.

Basically, ‘Are You Ready To Fly?’ is the album Oasis and Stone Roses fans have been waiting for (whether they knew it or not!).  A ‘new band’ but with the same kind of attitude and equally good tunes. A similar self-belief and work ethic. working, playing and partying equally as hard and making as many people dance and smile and singalong as they can.  This is instantly accessible music.  This is music for real people.  The ones who only buy one or two albums a year – and those tend to be ‘greatest hits’ sadly – because they don’t have money to waste on arty, navel-gazing shite….  (This aint hipster/trendy/flavour of the month stuff…)

I say that, but there is a lot of serious/emotional content in these songs about aspirations, the power of love, escape, pride, freedom  … and age-old decisions like  ‘toot or blow’ and  ‘whether to get off your tits or on some-one else’s’….

The title track, the opening number is the best.  It’s the one which should be the ‘hit single’. It’s an anthem full of positive energy and self-motivation. Ambition fuelled by love or drugs or both or neither, just a determination, a need.   It builds from an ascending bass line and floor-tom and Emily Blackledge’s soulful voice before the momentum takes it and Tommy Overington rides the waves of choppy guitar with his words.  When the chorus kicks in, it’s a perfect storm.

So Find…Yourself…. By loosing all your inhibitions
Life itself …. doesn’t need to have restrictions
Take the leap, don’t look down, the end is far from nigh.
Are you Ready To Fly?

A great pop-song with a stinging guitar motif which appears thirteen seconds in and is then saved for the outro.   It’s the Risings defining moment.  Their ‘Fools Gold’ or their equivalent to the Teardrop Explodes ‘Reward’….talking of which, the album was engineered by an old mate of Julian Cope, Tim Lewis or Thighpaulsandra as he is better known.

Frontman Tommy says of him;

He taught us loads. He didn’t produce it but he did go beyond the call of duty as an engineer. He wouldn’t do our work for us but he would lead us into the light so to speak. I’m thankful to him for that because he made us think and work it out for ourselves. Without him, the album wouldn’t be what it is.

If you have read the Working Class Heroes interview the frontman gave you’ll know that The Rising do wear their hearts on their sleeve as far as inspirations go.  There is a heavy Lennon and a lighter Liam influence throughout the album.

Lord, Please Show Me The Way To Go takes Lennon onto the Northern Soul dancefloor, whilst the epic Feels Like I’m Dreaming But It’s Real takes Double Fantasy era vocals on a trip with some amazing Back-to-the-Future keyboards from Liam Dixon ( former Neville Staples keyboard-player no less.)

Talking about the album and the influences Tommy draws a line from Mod to  Psych – Small Faces , the Chocolate Watchband and The 13th Floor Elevators thru to  Revolver and Sgt Pepper to modern psych pop bands like Tame Impala and Temples. And add to that movie music…

I’ve noticed recently there’s been bit of an 80’s revival going on in terms of film and music with Stephen King’s “IT” and the series “Stranger Things” being set in that era. The latter had a really strong 80’s synth sounding theme song and Tame Impala’s last album “Currents” sounded very similar to that also. We’ve tried to incorporate all of these new influences into our music and make something a bit different.

For a so-called ‘Mod band’, musically, there are a real variety of influences which come over; from Guns’n Roses type balladry, Harold Faltermeyer synth,  to Motown, techno, sitar, Fifties type twang and Girl group harmonies, which counter-balance the frontmans Lennon fixation nicely.

I could tell you in great detail how every song on this album is a work of some kind of genius… but I know you don’t have the attention span.  (The only weakness is some cliched lyricism on Kaleidoscope Eyes in particular). But just listen.  Soak it up.  The Rising sound familiar, but they are brand new. They sound ‘old-fashioned’, but they are modern, they are Now!  They are the blokes down the pub with a thousand stories and jokes but against all the odds they have produced a classic album of British working class pop music. Thoroughly modern modernist pop.

(** I’m biased? I’m a mate? …. nope.  I’m an old punk who likes arty, noisy weird shit generally speaking – but I mean every word –  I write about as many local bands as I can but I have learned to love this group and I want them to succeed because they are ordinary, yet extraordinary geezers (and a bird) who have realised their ambition and exceeded even their own expectations thru sheer willpower and hard work -and produced a work of, dare I say it, pop art. )

**Message to (South Coast) cynics and followers of my reviews.  xx

The Rising will celebrate the release of the new album by playing a special album launch show at The Joiners in Southampton on Friday 9th November 2018. ( SOLD OUT)

They’ll then sign off 2018 in style by supporting Shaun Ryder’s Black Grape on their winter tour at The Engine Rooms in Southampton on Friday 30th November.