Home Blogs The Riot Club Versus Pride … Right v Left played out at... 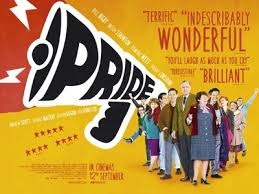 Right v Left played out at the Movies

Now  you don’t really need Louder Than War or me to recommend which of these newly released movies to go and see now do you?

In the blue corner (to the Far Right)…

Film adaptation of a play called Posh. A cinematic attempt to make rich self-serving cnuts ‘cool’.  Give it a title a bit like Fight Club, a promotional poster that recalls Lindsay Andersons If… and a gullible audience and the Bullingdon Club are turned into sneering anti-heroes played by actors with boy-band looks rather than people that actually look like inbred pigs.   Make this film bomb by avoiding it in droves.

and in the Red Corner…

Looks a bit folksy and a bit Alan Bennett maybe from the trailer and a self-confessed feel-good movie about politics in the ’80, and nudge-nudge attitudes to sex, but similar in style to the really rather good Made In Dagenham.  The Left’s current firebrand Owen Jones rates it, saying in The Guardian it reduced him to tears.  Nostalgia rather than gritty realism but without doubt the better of the two films I imagine.

No, not in-depth film reviews, just opinions based on the trailers and reviews I’ve read elsewhere.  Feel free to leave your comments below.