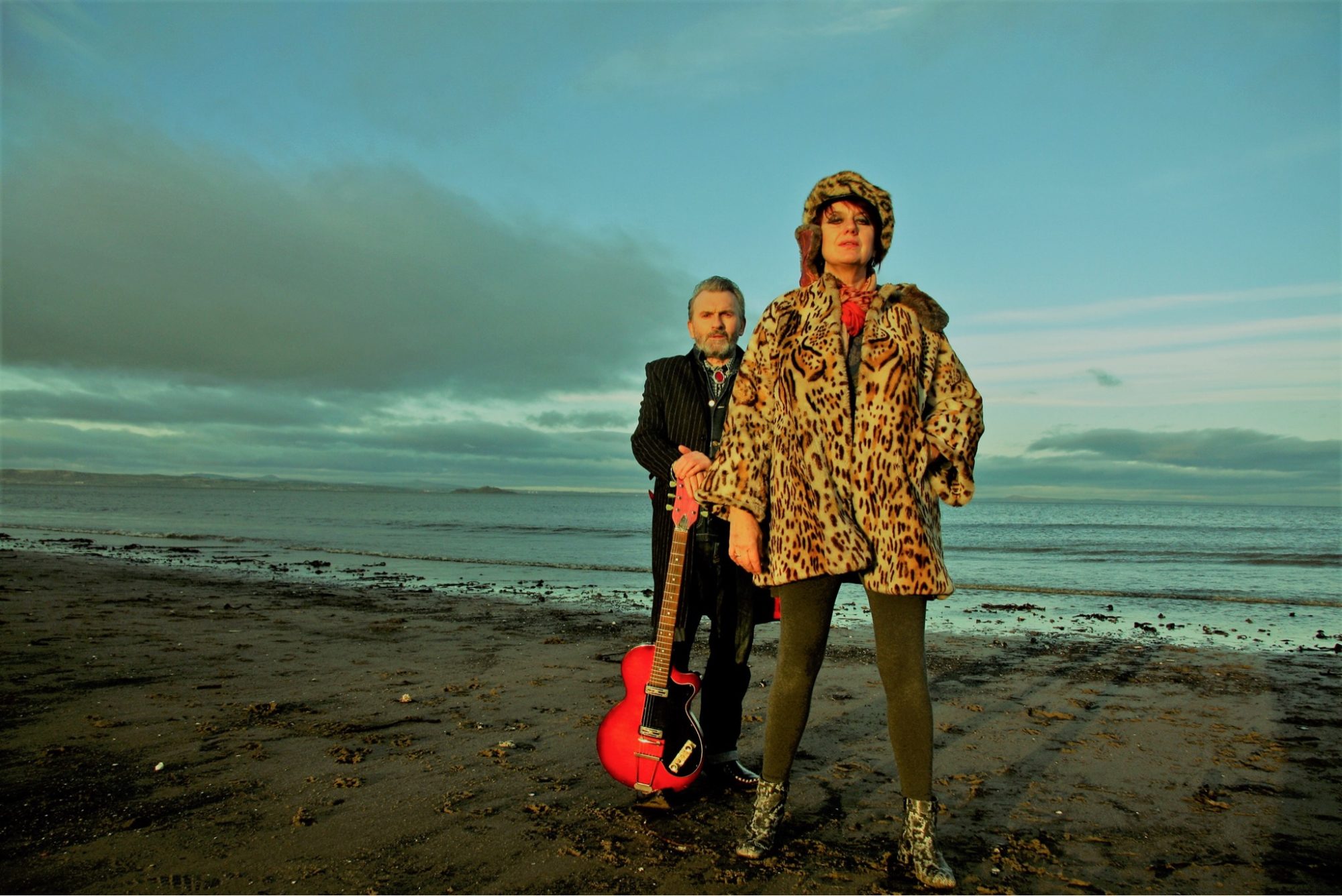 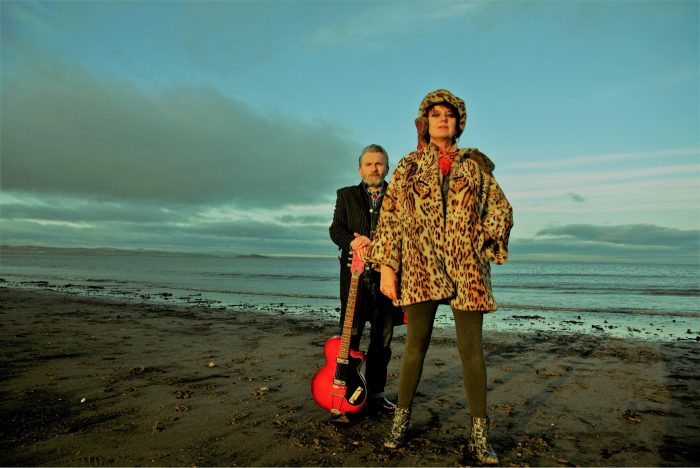 I am sat here with Fay Fife, known to many of us as the co-front person of the iconic Scots punk band The Rezillos, but also known as the Countess of Fife to some of us.

Louder Than War: Contessa, a very good morning to you. The last time I spoke to you (in this capacity), was with Eugene Reynolds on the eve of the two decade-belated release of the second Rezillos studio album, ZERO.

Fay Fife I hate to correct you, but I think it was more than two decades.

We’re here to talk about The Countess of Fife. You’ve had other projects (outside the Rezillos and Revillos) in the past. A classical one; a collaboration with Maria Rud?

Why this new project, and why the Countess of Fife?

The Countess of Fife is my main project, because its where I’m placing all my creative energies, passions and interest. I wouldn’t call it a side-project at all.

So, is this a long-time-a-coming?

Yes, it is a long time a coming. In fact, that is a very important thing. Obviously, the Rezillos are very important to me, and take up a lot of energy up because we do a lot of live shows. Particularly in the last two years, we have toured America twice, once with the Stranglers. In terms of The Rezillos, the main thing I do in the Rezillos, except for sing and make a racket at the front of the stage is provoke and poke the Rezillos to come up with new material, and record. One way or another that’s quite difficult to do. However, there’s been no real appetite to do another one. There is a sense of creative frustration or stasis for me. Even aside from that, going back years ago, if it wasn’t for the fact that The Rezillos, or, The Revillos have been my main creative output, have been a commitment for me. I always has load, and loads of ideas that don’t fit into that format. Lots of ideas, and I’ll think ‘I’ll do that!’. But it takes lots of time and commitment to do that. Getting together with the right people…. It also takes neve to do that. For all those reasons, not just the time to commit properly. Not having the right people to work with. Perhaps, not being brave enough to jump out of an accepted identity happens slower than its done.

So do you feel bloated with unexpressed creativity?

Bloated? What an interesting expression. As we sit here I can imagine big pustules coming out… One could actually starve from unexpressed creativity. However, that’s my own responsibility. It’s difficult. I’m talking about The Rezillos. One has to meet their needs. It is a group project. Nevertheless, I have been frustrated. I’m not now because I have a surfeit of creativity on the go.

It sounds as though you are quite serious about this, given that you were on Scottish radio with Janice Forsyth last week.

Yes, this is a serious project. It is my intention to have it as an ongoing project. We shall see how it goes. That is what I want to happen. As long as the key people can put the energy into it, and commitment, because this is a major outlet for my song writing, my creative ideas. I love lots of different music by the way. I’ve had a long held passion for Country music, and alternative Country music, and this is a way of using the music I love and bringing my own creativity to it…

In terms of the content, is there anything close to your heart, thematically and lyrically that resonates particularly – that is emerging?

Thematically and lyrically, feminism right through all the lyrics, in more overt ways than others. When I say that, feminism is a very broad church, and I’m doing it in my own way. It’s not a doctrine or anything like that, but it’s a strong stream, through it. Another thing thematically and lyrically, it’s about people who are marginalized and ignored, who have little or no visibility, aren’t see. A lot of that has to do with experiences of being a woman, an older woman, ignored and not paid any attention to.

So that’s some of your ‘Punk’ bedrock?

It is Punk Rock Bedrock, but it’s quite different from The Rezillos, which is really Arty-Off Kilter. This Arty-Off-Kilter in a way. Some of the lyrics can be read more clearly as political 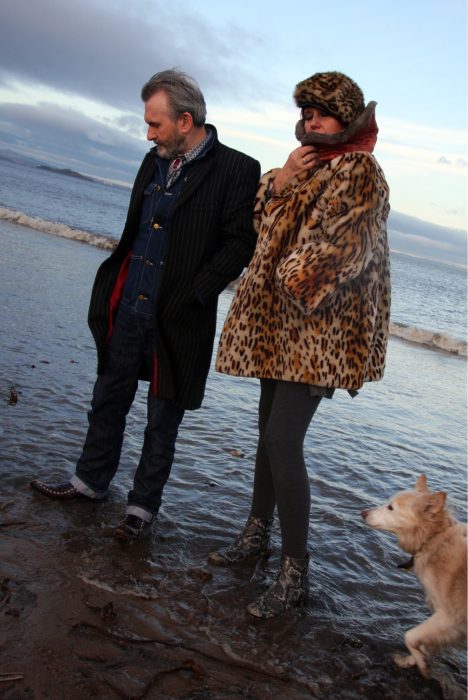 Fay Fife Yes, but it’s not sloganeering or anything like that. That is the place that its coming from.

And tell me about the aesthetic, and about who’s been involved the erstwhile Players?

Apart from myself, the main person is Allan McDowall, who is a very core and key member here. Sometimes I write things on my own, and sometimes I write things on my own, but sometimes we write things together, but whatever songs are coming up, we work on them endlessly to arrange and rearrange them and get the best out of them. He also brings a huge knowledge about Country music to the table. I have a great love of Country music, but I’m not as knowledgeable as he is. There’s no doubt about that, and he brings that awareness to the table. These are the people. Apart from that, there is a pool of musician’s rather than a band. We

Well, at the moment, we have used Ted McKenna (Sensational Alex Harvey Band, Rory Gallagher, Michael Shenker Group) to record the sessions with. He’s a fantastic drummer as you know. Ian Stoddart is coming in to work with us. In terms of bass, we have used the talents of Chris Agnew, from The Rezillos. Fantastic bass player. We are also using my friend from California, Paul Jensen. So, really, it’s just all these people I trust musically. It’s a case of who can do what. Myself and Allan are committed to it, and put all our time and energy into it. It would be nice to have a committed whole band at some point. We will work with what we’ve got, which is the two of us, and bring people in, as and when…

So, when I thinka about Country Music, and I think about it married to Punk, I get quite excited and think about people like Hank III….

Do you retain some of the Punky edge?

There’s a wide range of material, so it doesn’t come out in all the songs. It does come out in some of the songs, for example we were doing a song yesterday called Sixteen; Neither Pretty Nor Smart. Not sixty ha…

Yes, it is unfortunate. It’s quite Country orientated lyrics, about people that don’t have any money. That is my background. In American, Blue Collar, working class here. It’s about people that project that. It is the way that is viewed and the way the person see themselves, and particularly the experience of a young woman. That’s quite Country because its down-home Lyrics. It starts o ‘I got a job in the hairdressing shop…! ‘ It starts off like that and ends up ‘Well, you think that I’m a loser, you don’t know what I am, and I’m staying dead calm. You can shove it and you can keep it, because I don’t give a damn.’ So, it’s about having things projected onto this young women. There is something Punky about that.

Well, the Superstar, I don’t know about that. Its very sort of ‘Fuck You!’ There is something about that. There is other lyrics – and music – musically that has an edge, with the guitar phrasing. A lot of the other lyrics that are coming from a quite spiritual place. To me that is the essence, and getting back to the punk ethic, because it’s not doing what is expected of you, its bucking the trends in a certain way.

So for the readers of Louder Than War, what are the most important things that you want to put out there RE the recording of this material, dates, anything firm to be aware of?

Okay, we’ve got a downloadable single coming out on all platforms (I Tunes etc) Friday the 28th of July, 2017. It’s just one track. We plan to have vinyl and CD out thereafter, in the Autumn. We are in the process of recording an album, and hopefully we will have more product out this year. We are playing a Live show in Glasgow at the end of November. We are playing Bute Festival this weekend but that will be gone by the time this is published.

Thanks for taking the time Contessa

That’s all right – Get it right up you!

Hear the Countess of Fife on BBC Scotland here.