Home News The return of KLF… 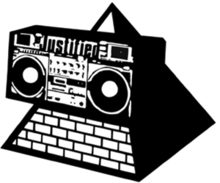 Well there has been lots of teasing and a bit of flirting but it looks like KLF might be reforming/having a situationist prank/or returning in some form.

Of course since they were never actually a band reforming is not like the Stone Roses reforming – KLF was always a brilliant concept with music to match. 2017 is going to be an insane year with world leaders like Trump who are so deranged they look and sound like the kind of lunatics arch pranksters would have dreamt up.

Bring the madness! Pop is making the cardinal sin of being boring and KLF were pop – they sold millions of records at their peak.

LTW boss John Robb was the first person to ever interview KLF and still remembers going to their house that had all the floors knocked out of it and a police car parked in the front room. Then and now KLF were funny as fuck and as dangerous as the Sex Pistols, the world needs Bill Drummond centre stage but even he will be pushed to dream up a madness as Trump and the out of control world they re enter after 25 years…