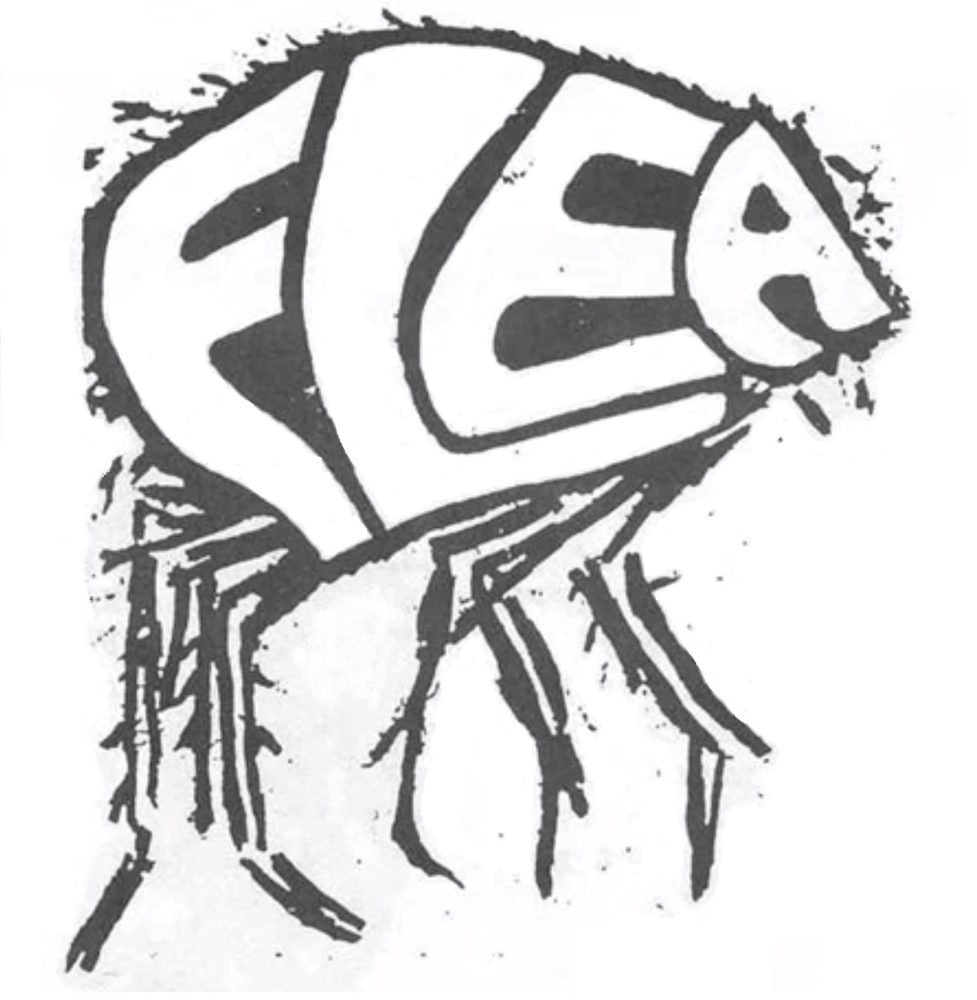 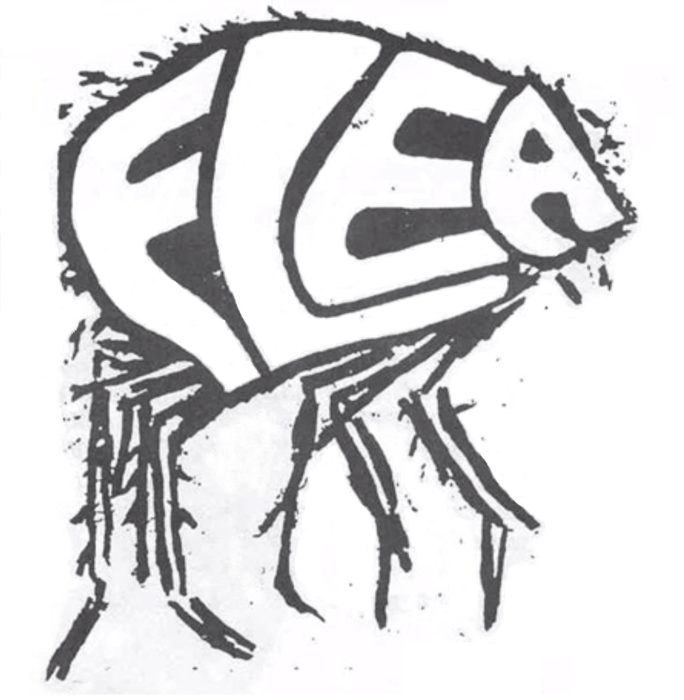 ‘Educated at the school of hard sound and dashed with the spirit of guitar noise sculpture, FLEA underpin their racket with a steady, almost funk bass and a relentless drum machine.’
(John Robb 1989)

FLEA exist in the years between 1987 and 1993. Based in the depths of Manchester’s legendary Boardwalk, alongside A Certain Ratio, Happy Mondays and Oasis, FLEA foray towns in the UK (often with roommates Slum Turkeys) to unleash their experimental industrial machine-groove upon unsuspecting audiences. Art Carbuncle (bass/vocal) and Boz Vile (guitar/vocal) are accompanied by Sissy the drum machine. Their techno-punk feeds on the energy of the time. Their sound is a disturbing undercurrent and anti-dote to the co-existing ‘Madchester’ scene, but goes under the radar.

All is not lost: Fast-forward 25 years and this parasitic menace is found! German Shepherd Records come to the rescue and release a collection of FLEA songs recorded between 1989 and 1992 entitled ‘parasitic insects teach us humility’. More people identify with Flea’s awareness of mental health issues, corporate greed, media control and fake news. It includes hard-hitting Headshrinker ‘what’s for dinner?’: a hypnotic collision course with ‘medication time’ helped on its way with a disorientating, banging loop from Sissy. ‘Golf Show’ is a statement about the first rolling news war – the Gulf War – adding the spice of surgical strikes to your TV dinner. ‘Get A Life’ ponders what we have to do in life (or, indeed, not) over an infectious, dubby bassline Wobble would be proud of. ‘Panic Button’ is Oh Sees meet JAMC on speed on the beach or a sandpit fight. The finale ‘Your Words Mean Nothing To Me’ is a rescued, damaged treasure delivered with such emotional intensity that even non-human Sissy is convulsing and throwing out turbulent rhythms at end. Extraordinary stuff which has found its time. FLEA bite back!