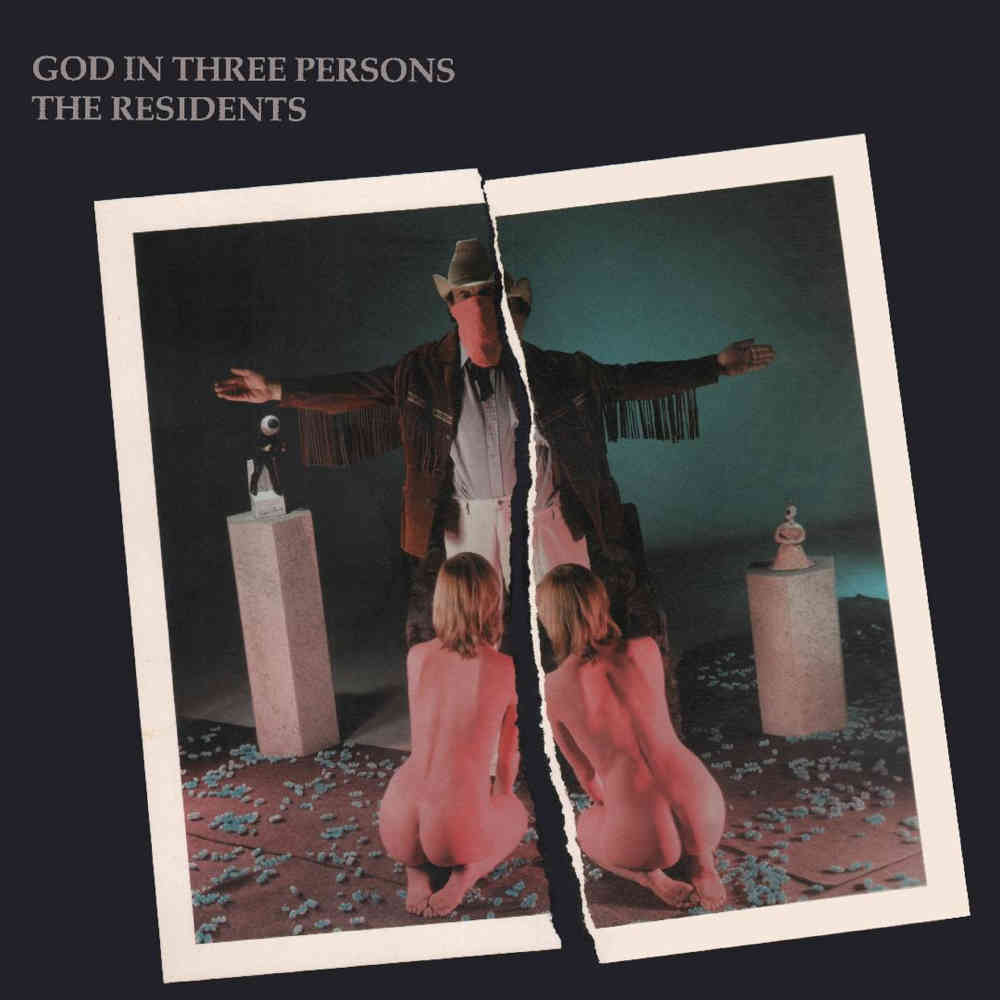 The Residents – God In Three Persons 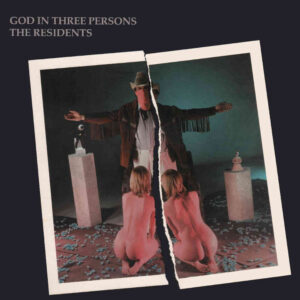 Reissue of the Residents 1988 concept album, plus bonus discs with the Original Soundtrack Recordings and further G3P Ephemera….Ian Canty hears another twisted tale from the anonymous kings of warped musical story spinning….

Here we have the latest in the ongoing pREServed series, which was originally recorded in 1988 and released on Rykodisc (the first Residents LP not on Ralph). This album finds the Residents in full-blown concept mode, relating the story of two Siamese twins and their would-be Svengali. It is one I came to fresh, as for some reason I missed out on it at the time. I suppose the Residents’ hectic and relentless recording schedule might have had something to do with it!

This record sees them very much ensconced in their storytelling phase, with God In Three Persons combining a taste/revulsion of the carnival freak shows that rolled through small town America and their developing take on musical theatre (it was originally conceived as a stage production). Also it was the first Residents record of the CD era, which meant that they could extend the running time to suit the tale. This helped to make sure the story could be told without any rush.

God In Three Persons works because it has a tight storyline and is effectively told through the words, the sparing, tasteful use of music and also (and crucially) on occasion jarring moments of silence too. It is a very atmospheric slice of arcane Americana, the macabre and strange, the bad ju-ju that lays just under the surface of the modern USA. Though the sleeve note alludes to similarities in rhythm to Edgar Allen Poe’s poem The Raven (and it certainly is a long form piece of verse), it also appears to have a little in common with Johnny Cash’s A Boy Name Sue, to my ears anyway.

There’s links that go back to the Residents’ past and signpost what they would do in the future. For instance the basis for God… comes from an organ riff from the Swinging Medallions’ 60s hit Double Shot (The Residents’ own version is featured as a bonus track on disc one), providing a clear link back to The Third Reich ‘N’ Roll. They would also increasingly use stage production mores as a starting point on future LPs.

The tale itself is about a lonely, down on his luck hawker (Mr X or “Ed”), who chances on the androgynous twins in the street one day. He is taken in by their extraordinary charisma and amazing healing powers. Becoming their manager, soon a strange relationship develops between the three (or two?), which reaches a shocking climax that resolves itself in a curiously upbeat finale. It’s in the Comic/Horror field really, told as only the Residents can. The narrative runs in a constant line as one would expect, with Laurie Amat providing a Greek Chorus of sorts, guiding the story along with a series of direct pointers.

In fact, she shows up first on the witty Main Titles (God In Three Persons), singing the credits. From then on in we’re in to Mr X’s story, with the spartan synth splurges of The Thing About Them and the clockwork-like rhythm of Their Early Years being early highpoints that help bring the story into life and draw the listener in. It really it all feels like one whole piece, which is exactly how it should be. God In Three Persons is in effect one long poem given break points and atmospheric musical and non-musical support. The use of silence is key – it helps bring things into focus and highlight important moments in the tale.

As Mr X and the twins’ relationship spirals out of control, the Residents ramp up the tension. The Service is a weirdo Jazz thing before morphing into a hymnal-like piece, then concluding with a series of oppressive synth thuds, which help create the otherworldly feel required. Kiss Of Flesh, the pivotal point of God In Three Persons, starts slowly and has maniacal rushes of percussion, as befits the frantic action of the story at this point. The final track, Pain And Pleasure, concludes the album with an upbeat, almost R&B/Soul feel that drifts along beautifully and reveals the story’s true message.

The second disc here features the Original Soundtrack Recordings, which was also made available shortly after the main LP was released. Basically this is an instrumental version of the album proper, but being the Residents it isn’t quite that simple. Some tracks are shortened and three pieces Devotion, Fine Fat Flies and Time, don’t make an appearance at all.

The Service being split into two parts (which does make sense) and the main spoken word being is done away with are the other main differences, but most of the Greek Chorus is kept to give some sense of progress. Being presented in this form helps some elements come into sharp focus i.e. the effectively spooky piano and organ duet on Hard And Tenderly and Their Early Years’ bell chimes.

God In Three Persons in this form was clearly meant for the stage show, which never materialised at the time, though plans are on place for it to happen next year. But shorn of the commentary the subtle little touches the band put into create the correct aural environment for the story to flourish, steadily building up to frenzied climaxes, or quiet when in need of reflection.

The bonus track on this disc, the previously unreleased Knot In A Million Years, is a lengthy, slightly queasy piece that has some crossover in sound with The Mole material and even stuff as far back as The Commercial Album and Eskimo. Some of the themes that crop up on this one would go on to be utilised on Loss Of A Loved One on GITP, but they are repositioned here as part of this elongated effort and it works well as a standalone piece.

The third disc presented here will prove fascinating for Residents buffs, as it features demo versions of GITP with Hardy Fox narrating as Mr X. His voice, replacing the sleazy drawl of the album’s original vocal, completely shifts the emphasis. As these are demos they are of course a little rough sounding, but nevertheless I found The Service and The Thing About Them (with a nicely shrill sax further exposed) very effective.

A long segue of Land Of 1000 Dances and Double Shot jabs and chimes nicely and the single take of Holy Kiss Of Flesh seems aimed at the dance market that the Residents were gaining an unlikely foothold in. The God In Three Persons material has been rarely played live by the band, so having a couple of in concert and sparky versions of Their Early Years and Hard And Tenderly bring this set to a good close.

God In Three Persons is given the proper reissue treatment here, with some informative sleeve notes and full lyrics so you can easily follow the sometimes complicated storyline. This a complete piece of musical theatre, given the Residents’ unique warped touch and vision, meant for the stage where it is finally going to land in 2020. This set will serve as the perfect primer for that and is an enjoyable and enthralling listen even without the visuals.