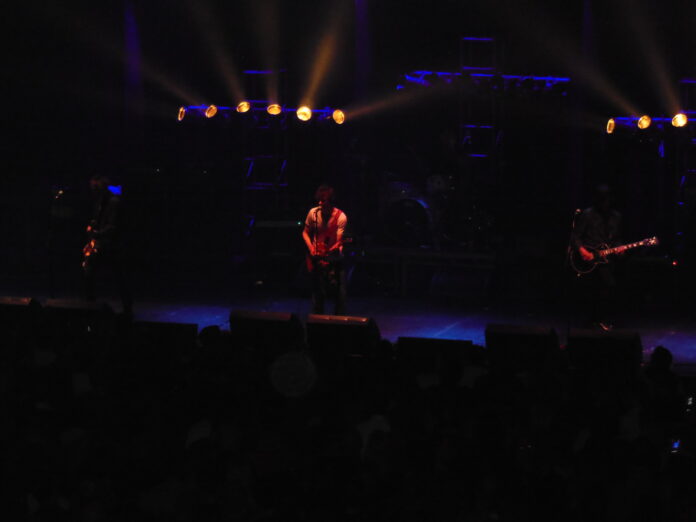 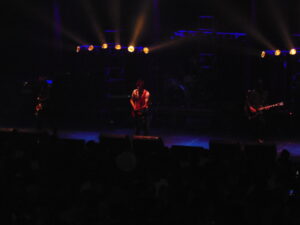 The Replacements return to London after almost a quarter of a century absence. Louder Than War’s Craig Chaligne reviews.

The Replacements reunion finally hit the European shores with a series of dates including two nights at the Roundhouse. First started in Toronto in August 2013, and continued throughout 2014 with festival appearances in the US, the 2015 leg saw them returning to indoor venues in the US before a small jaunt to Europe. Triggered by the stroke of former guitar player Slim Dunlap (who replaced original lead guitar player Bob Stinson in 1987), the reunion of Tommy Stinson and Paul Westerberg was cemented by the benefit LP “Songs For Slim”. Having had so much fun recording together, they decided to play live again and were joined by Josh Freece on drums and Dave Minehan on lead guitar, former members of Westerberg’s backing band during the nineties. 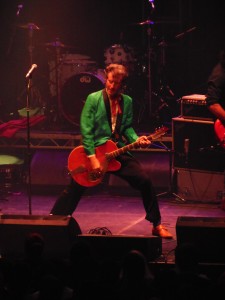 The show in London had some high quality opening acts with New York rocker Jesse Malin on first at 7.30 followed by Australian quartet You Am I at 8.10. I Missed Malin but managed to catch You Am I in their entirety. Channelling the best of the Australian punk rock scene (The Saints, Radio Birdman) with a pinch of rockabilly thrown in for good measure, they went down well with the crowd.

The Replacements came on stage to the sound of Surfin Bird and launched straight into two songs from their early hardcore days : Takin A Ride and I’m In Trouble. Westerberg seems to be enjoying playing the oldest songs of their repertoire. Favorite Thing and Tommy Gets His Tonsils Out from their landmark 1985 LP Let It Be were followed by the excellent Valentine from 1987’s Pleased To Meet Me. The setlist was a model of equity with all the albums represented. Waitress In The Sky from 1985’s Tim preceded their great cover of Hank Williams’s Lost Highway from Songs For Slim featuring a great solo from Dave Minehan. Westerberg is of course best known for his songwriting skills but the thing that struck me the most during the gig is that he also is a fantastic rhythm guitar player, playing with precision but at the same time with looseness in a way not too dissimilar from Ron Wood in his Faces days.

The band wasn’t parsimonious, playing most of their well known tunes. Displaying a tightness that they probably didn’t have in their heyday, they still managed to keep a few rough endings and fluffs to keep things fresh. Talent Show ended in a ramshackle fashion and an attempt at another song floundered after a few bars. The much maligned “Don’t Tell A Soul” was represented by their two biggest singles “I’ll Be You” and “Achin To Be” which saw the band flirt with mainstream success at the end of the eighties. Westerberg was in fine form bantering with the crowd throughout the evening commenting after Wake up that the audience seemed to hate that song even more than them. Stinson and Freece proved a rock solid rhythm section driving the songs. The second half of the show saw them play classic after classic : Can’t Hardly Wait, Bastards Of Young, Left On the Dial, Alex Chilton with the fans in the front row going absolutely ballistic. After closing the night with Never Mind and IOU, Stinson stormed off stage after switching off his amp but was persuaded to come back for an encore (after Westerberg offered their roadie to play bass) where the band played the Only Ones’s Another Girl Another Planet.

There have been rumours that following failed attempts at recording a new album and with Westerberg growing weary of the money-making side of the reunion, this might be the last hurrah of The Replacements but that means they would be going out on a high.