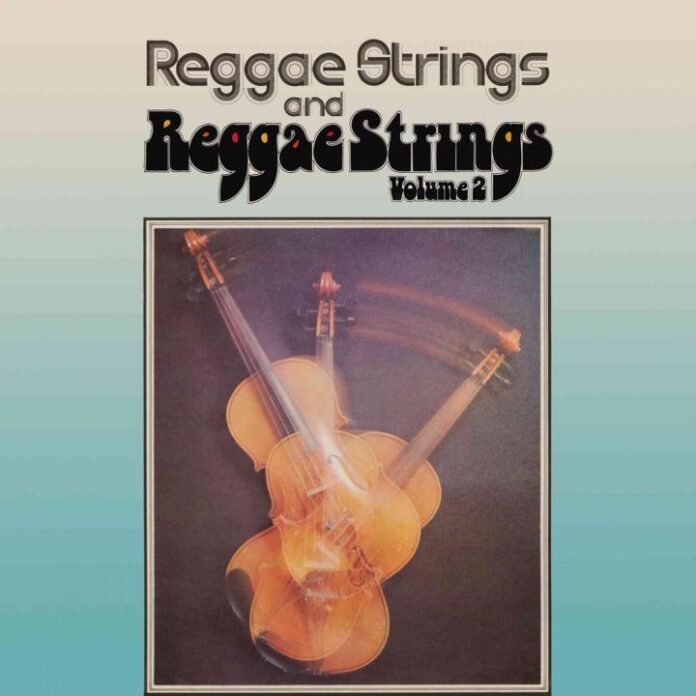 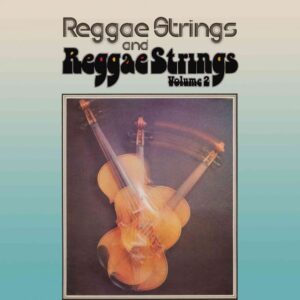 Reissue of two big-selling albums originally released by Trojan Records in the early 1970s from the sub-genre of “orchestrated reggae”, with the tracks that inspired them included on a bonus disc….LTW’s Ian Canty explores the whacky old 1970s by donning a smoking jacket and cravat to “go easy”…

With the surge of boss/skinhead reggae tailing off as the 1970s went on, reggae producers spent many hours trying to find ways to still connect with the UK music scene. After all, it had been a highly lucrative environment for them just a few years before. The most successful strategy of all was to put orchestrated effects on top of the original sound, in an effort to “soften” things for British pop ears. An early success of this type was Bob & Marcia’s Nina Simone cover Young Gifted & Black, which hit the British top five in 1970. After that, it was pretty much open season on those reggae rhythms, almost always coming over from Jamaica in raw form to then have strings smothered over the top. Though the Bob & Marcia disc sounded really good with these additions, this style didn’t always suit the reggae recordings it was applied to.

Johnny Arthey was an arranger who worked on many of Trojan’s stringed-up efforts (including Young, Gifted & Black), being credited as “Reggae Strings Conducted By Johnny Arthey” on a few recordings. Having had much success using these tactics, in 1972 he hit on the notion of doing an entire album of these string-enhanced versions. These takes would strip away vocals from the original rhythms (from both UK and Jamaican sources) and bring the strings right up in the mix. The second and final volume in the series may have added a little more in terms of brass, violins, keyboards and backing singers etc. Both collections present an “easy listening” version of reggae to appeal to the kind of a fan far away from the boot boys of ’69.

Still billed under the The Reggae Strings moniker, the two albums of these orchestral or “commercial” reggae cuts were released in 1972 and 1974 respectively by Trojan Records. They were still the key imprint for British reggae records and these collections sold for them in surprisingly large numbers, vindicating the tinkering that took place.

It is these two albums that form disc one of this set. As a novelty I found them quite entertaining to begin with, though I’m bound to say as time went on that novelty value lessened a bit. The effects are applied more thickly on Vol 2, with less trickery on the first album meaning a more satisfying listening experience. That a touch more of the original rhythms remain discernible on the first LP helped a bit too.

Even so, this is reggae music for people who don’t really like reggae, reduced to more just fairly pleasant easy listening/background sound. I think it is entirely proper to say upfront that this really is not for anyone into harder reggae sounds, after all that was the point. But it does have a place, is historically interesting and some of the music isn’t bad either.

Let us move on to look at some of the tracks on The Reggae Strings albums themselves. Pantomime, really Winston Wright’s marvellous skin/boss organ stomper Flip which was unreleased at the time, has enough of its roots showing to still be enjoyable. The strings are also used effectively to arrive at a suitable compromise in sound on You Can’t Be Serious. This was originally cut by Tito Simon, who fares better than most as his work was very pop to begin with.

He’s also well versioned on Jump Hallelujah and How Many Times, despite some comical sounding horns on the former (think Yakety Sax). Greyhound (AKA The Rudies) originally updated oldie Moon River and stripped down it works well here. A plaintive horn piece and dreamy strings shine on Leaving Rome, which was originally Rome by Lloyd Jones. Otherwise this is all very pleasant without making much impact.

After Vol 2 came out in 1974, the market left for such collections had pretty much dried up. Bar the odd pop hit, reggae would languish in the doldrums for a while, until roots and dub emerged. These sounds appealed to a completely different audience than that of The Reggae Strings, but Lover’s Rock would emerge not long after, tapping into a similar market in a far more authentic style.

Disc two has the original recordings of the tunes featured on Reggae Strings 1 & 2. When I say original, it is the strings-ed up versions, so we are dealing with records that were pretty commercial prior to The Reggae Strings involvement. Some only have a sliver of reggae in the back beat and are just pure soul/r&b pop apart from that, for example The Pioneers’ Roll Muddy River and Scientist by Winston Groovy. Good, catchy tunes, no doubt, but only skanking in a small way at their inception.

Having said that, Young, Gifted & Black I always find a joy to listen to and the other Bob & Marcia tracks are, as you would expect, impeccably performed. As mentioned above, Winston Wright’s Flip is very cool and Marcia Griffiths returns solo to post a fine vocal performance on Sweet Bitter Love. Bob Andy provides the romantic and soulful One Woman (which isn’t bad in its Reggae Strings version either) and the Uniques’ Lonely For Your Love picks out a lovely flute line.

Stand By Your Man by Merlene Webber is one of reggae’s quickfire covers of pop chart hits and Nicky Thomas’ White And Wonderful, Black And Beautiful is imbued with a similar light pop touch to his big hit Love of the Common People. The great Laurel Aitken expertly applies a skipping beat to It’s Too Late To Say You’re Sorry and the Pioneers’ Jamaica Jerk Off sounds pretty good in both forms. The band had diversified into soul by this point in time and they had more than enough talent to pull that sound off.

Reggae Strings/Reggae Strings Vol 2 stands as a testament to how rum the 1970s were, especially early on in the decade. Any lovers of kitsch have hit the motherlode with disc one of this set. It can be fun and, to be fair, it is pretty inventive, but you really have to be into a bit of the cheesy stuff to dig this properly. The original reggae recordings are usually just about discernible, but with these additions on the whole they struggled to impose themselves as something other than as background noise. At times, the essential rough and ready rhythms which were a prime part of reggae’s appeal are all but blotted out by strings, brass and wordless backing vocals.

But I suppose you do get the best of both worlds, with the original (but still orchestrated and already MOR leaning) tracks on disc two containing some fine material tastefully performed. The Reggae Strings are very much an oddity that will appeal more to lovers of 1970s strangeness than reggae fans per se, but if you like a bit of easy-going reggae pop, disc two of this set possesses some desirable treats.