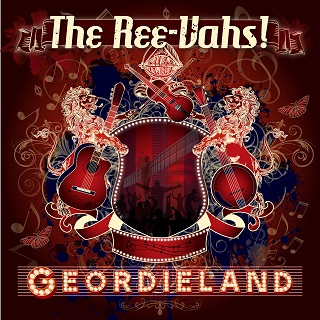 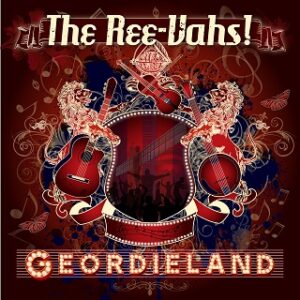 Geordieland is an album that has been discussed for quite some time in our household, and it’s an album whose simplicity is the thing that makes it such a special collection.

With most folk music there’s a story behind the band and The Ree-Vahs are no different. Lead singer Andy Loan is descended from Irish heritage with a Grandfather settling in Stanley in County Durham between the two World Wars. Tommy O’Loan created a new style of localised singing which found its way down to Andy.

Similarly, each song on Geordieland tells a tale or a story about everyday life, love and death in charming Durham accent which adds authenticity and interest in abundance. Local music is dying part of our musical heritage, it’s important that we don’t lose it. Albums like Geordieland should be heard and treasured by many, not only by the folks of the North East, but by anyone with a passion and interest in music.

Opening with lead single No One Naas Us Anymore, there’s a modern twist to the traditional sound with the group which often varies from two to twenty members. Andy returns to the place of his childhood and knows no-one in a toon (sorry) so descriptive you could almost have held his hand.

What follows with the title track, is one of the most fascinating lyrics you’ll hear this year. If there’s more that could have been packed into it then I’d like to see how. You’ll feel as though you were there with Bernadette and Michael and Roger in a rousing tale of the Tyne on a Friday night (Andy was particularly keen to point out the image of a vomiting figure on the album sleeve!)

There’s a story everywhere, Never Been Before is heart melting and Beautiful Girl is upbeat and rousing. A lone piano backs Andy on Until I Fall Off This Earth again displaying the knack of knocking out a damn fine song.

With album closer I Believe In Thee And Me a fine tribute to the Border towns ends. It’s also a fine tribute to a dying breed of music which we should all support and preserve. A big pat on the back to The Ree-Vahs – the lads have done good.