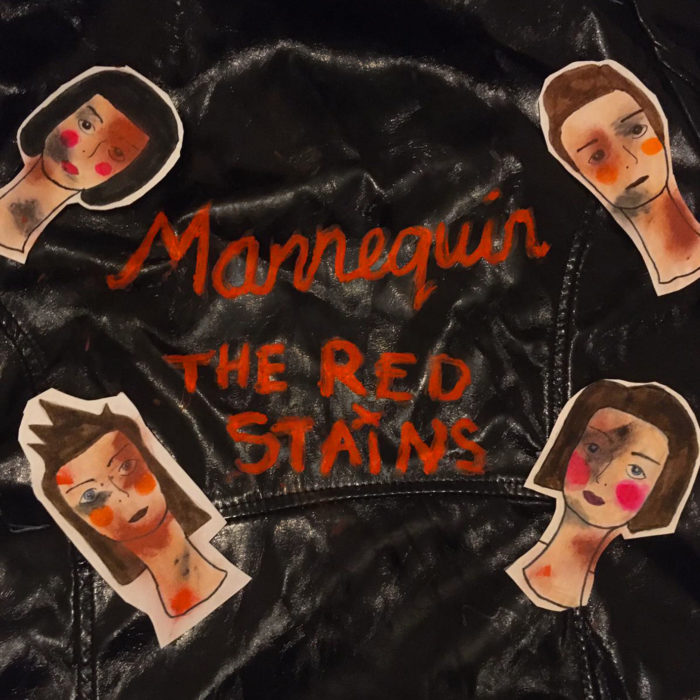 The Red Stains are one of the most-talked about bands in town right now. Mannequin is their debut single released this Friday – and Louder Than War have an exclusive on-line preview for you.

You may have heard of The Red Stains. People are talking about them around Manchester and further afield.

You may have seen The Red Stains. And if you haven’t, and you frequent Manchester bars, you’ll probably have seen their calling card red lipstick graffiti on your travels.

Love them or loathe them, it’s impossible to ignore them, and on the basis of some phone recorded demos and bootleg live recordings they’ve managed to create one of the biggest buzzes about an unsigned band with no releases to their name in many a year with tales of jumping the Metrolink, being a let-down to their parents and their riotous take on The Fall’s Totally Wired. Tim Burgess loves them, inviting them to play Kendal Calling this year on the back of universally positive reports from their chaotic live shows.

Mannequin is their debut single, recorded with Timmy Harrison at Manchester’s Spirit Studios just before the lock down sent us all into isolation. The song is, Natalie tells us, “A song that is a sarcastic response towards objectification and all around feeling inadequate. Sometimes people forget that there’s a living soul inside your body, capable of thoughts and feelings. They may as well be looking at a mannequin.”

It’s a message she expanded on in a recent Facebook post “One example of this wasted over 2 years of my life. I was 16 and in my first proper relationship; Something that started off all daisies and rainbows, only to turn into a toxic shambolic mess that took me years to recover from and find myself again. I was controlled in so many ways even the friends I kept and my class background; I went to extreme lengths to hide my “common” Edinburgh accent you know so well today all because he didn’t like it and I sounded “council estate” (maybe cos I’m from one????) I could go on….. Ironically best of all he discouraged me to pursue my dream to get involved with music and start a band as that was “his thing”…. Well it’s funny how karma works ain’t it? I’m no longer “Horribly Limited” ….And here I am! Love, Natalie” 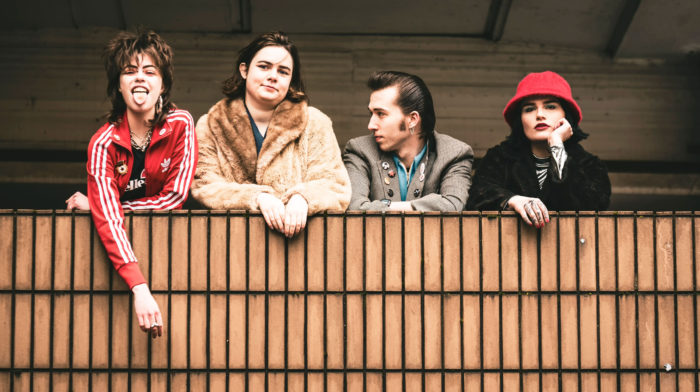 The Red Stains – Natalie is on vocals, Sterling on bass, Ella on synths and guitar and Ben on drums – are all about empowerment, being yourself and being proud of it. Mannequin is a perfect capture of their live shows, without the stories and swearing between songs, transmitting the raw raucous energy of the four-piece via the medium of ones and zeroes where translation often fails with such an exciting live band. The excitement of the sparse arrangements is retained, the anger controlled but still threatening to tear your head off should you utter a counter and the four-piece’s very different yet perfectly atuned personalities shining right through.

Mannequin is out digitally this Friday. CD versions with bonus live tracks will be available via their Bandcamp.  Their launch show at Manchester’s Night And Day Cafe, originally scheduled to coincide with the single, is in the process of being rearranged.