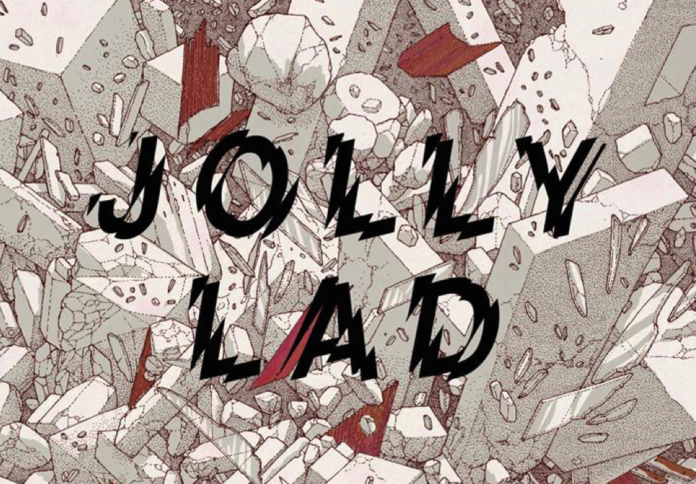 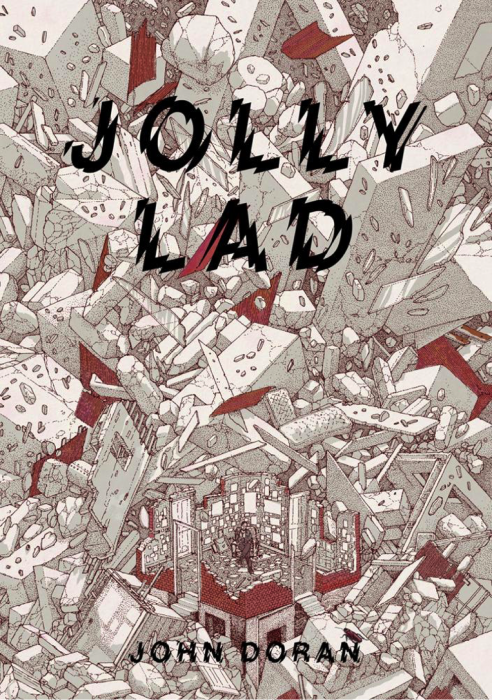 Last week our friends over at The Quietus passed on the news that one of the erstwhile editors of that parish, John Doran, will be publishing his first book this June. Titled Jolly Lad it sounds like it’s going to be a cracking, honest, and properly hilarious read, and bearing in the mind the possibility that you missed the story when it went up over on tQ’s site, we’d feel remiss if we didn’t share the details with you here as well. Especially as John will, as a temporary member of Arabrot, be on the same bill as our editor’s band, The Membranes, in May.

“…a memoir about recovery from alcoholism, mental illness, and substance abuse.”

…and that it’ll also…

“…be concerned with the healing power of music, how memory defines us, the redemption offered by fatherhood and what it means to be working class.”

It is based loosely on Doran’s MENK column for VICE and features cover art by Simon Fowler and illustrations by Krent Able (see examples of such at the end of this post.)

Jolly Lad will be available in hardback, paperback and electronic editions with copies of the former being limited to 500 copies. Hard and paperback copies can only be ordered from the Strange Attractor website with the hardback version also coming with a CD featuring spoken word (from Doran) and music from…

tQPC (the Quietus Phonographic Corporation) will also be releasing a spoken word CD “as part of Doran’s ongoing mid-life crisis” entitled Hubris featuring the man himself collaborating with Arabrot (who John interviewed for us way back in 2011), Perc, Nik Void of Factory Foor, Nicky Wire and members of British Sea Power. He will also be undertaking a 31-date reading tour of England as a temporary member of Arabrot for the full month of May, performing in numerous prisons, churches, libraries, record shops and cinemas and collaborating with musicians, writers and artists on the way. 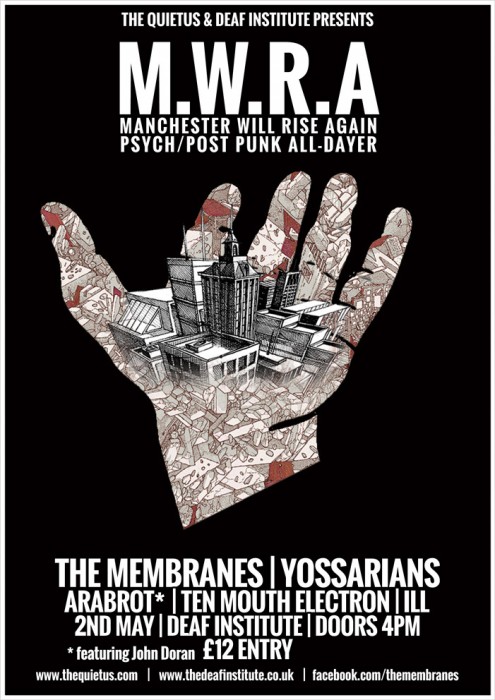 The first of these dates is the MWRA – Manchester Will Rise Again – post punk / dark psych all day festival on Saturday May 2nd at Deaf Institute, where Arabrot, featuring John Doran, will be playing alongside The Membranes, who will be airing their new album Dark Matter / Dark Energy (“a punk psych trip that explains the life, the universe, death and existence itself. In less than 90 minutes. With power chords”). They’ll be joined by dark psychedelic troupe Yossarians, as well as Ten Mouth Electron, frequenters of these pages and contributors to the Minor Characters project, and lo-fi savants Ill. To buy tickets click here.

The press release heralding all the above news also included a wee excerpt from the book which is too good for us not to include in full:

“In my experience, being an alcoholic is debt consolidation for your life. Drink becomes the only thing you care about – eventually to the point where you don’t even care if you live or die. So when you stop drinking… well, that’s when the real trouble starts. Everything you drank to avoid dealing with — which in my case included mental illness, debt, depression, the impulse to self- harm, the impulse to commit suicide, anxiety, social dysfunction, body dysmorphia, stress, anger, violent rage and hypochondria — suddenly comes back into focus the second you stop.

“I started drinking when I was 13. I was drinking every day by the time I was 15. Then I stayed constantly drunk until I was 37. When I stopped I had no idea what I would be like as an adult.”

And here’s great quote about Jolly Lad by Jonathan Meades…

“The work of a real writer propelled by that most vital of properties, self-doubt. John Doran has confected a book that is a hoot: a cheerful, balanced, beautifully wrought, un-self-pitying  and weirdly objective study of himself and his multiple addictions.”

And here’s the aforementioned examples of the accompanying artwork: 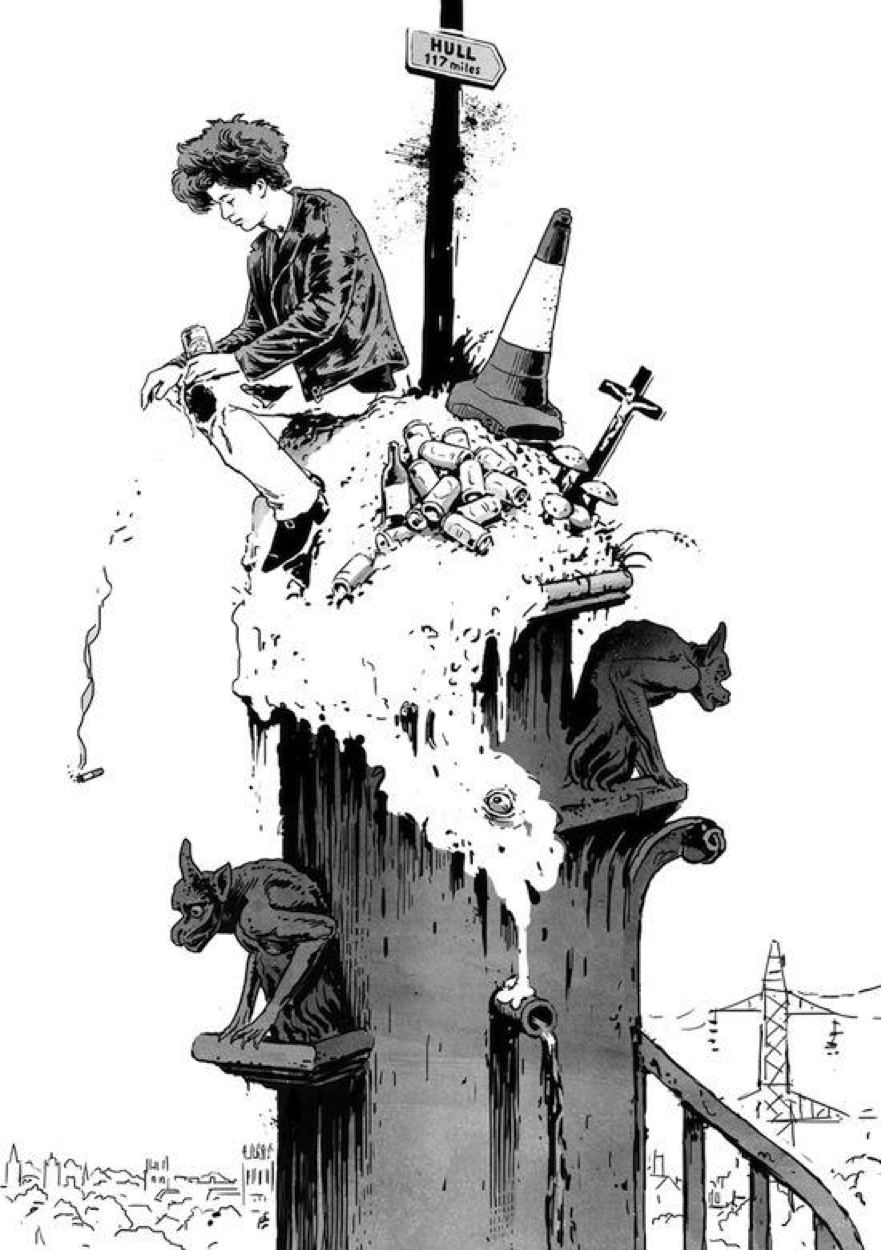 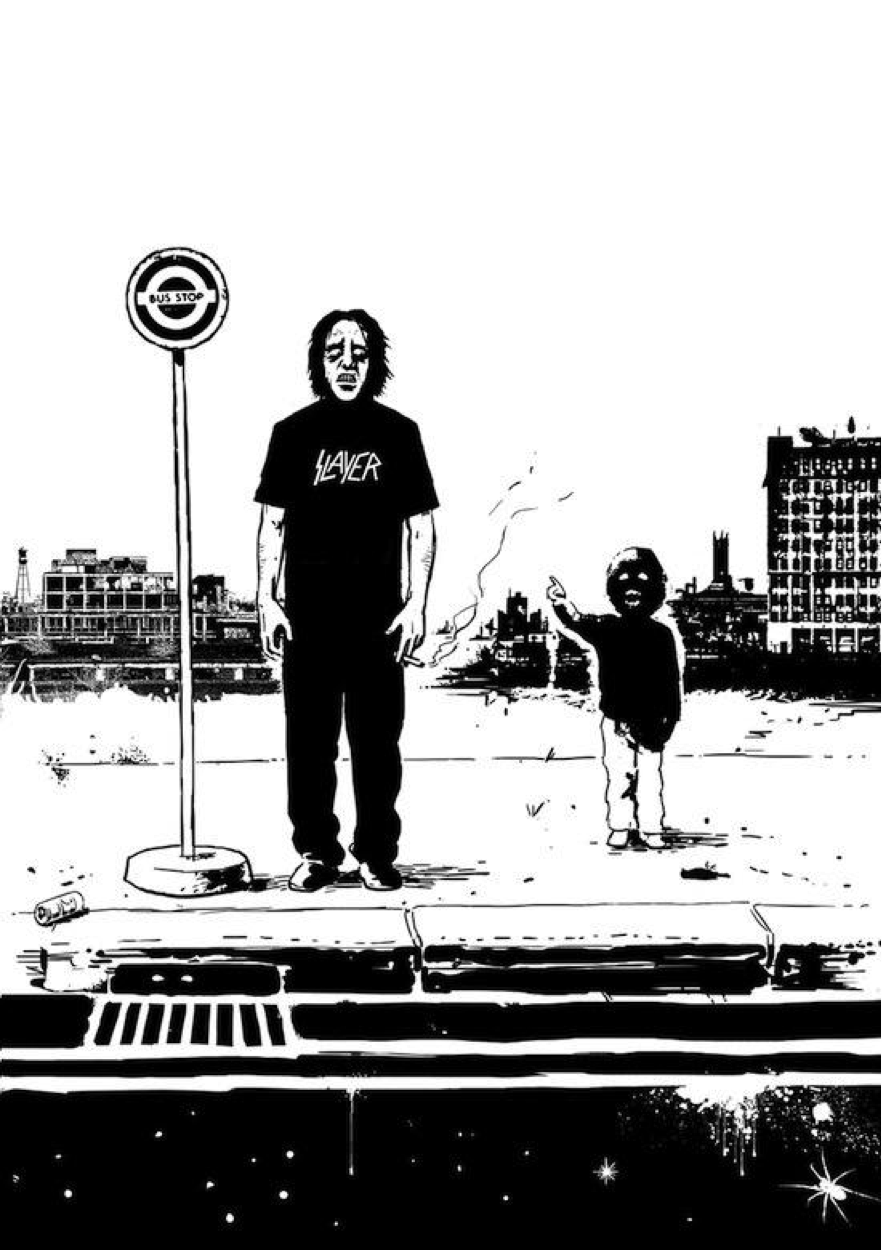