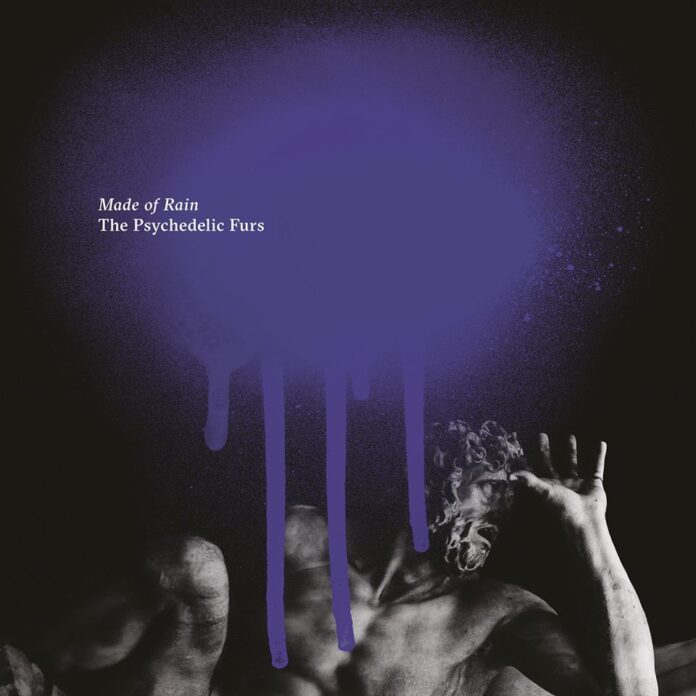 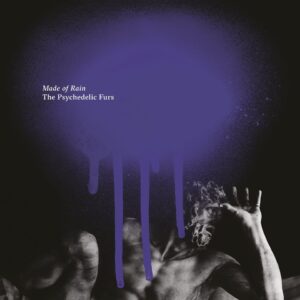 The Psychedelic Furs –  Made of Rain (Cooking Vinyl)

More than just a return-to-form, nothing as vulgar as a ‘comeback’, this deserves a wider audience than just loyal Furs fans.  It is almost their ‘Blackstar’… a  contemporary rock album with depth and an emotional pull which few bands can achieve. We told you here how good it sounded, now long-time fan Ged Babey gives you the full verdict on what will forever-now be a career best.

These are the days that we will all remember…

Finally living up to their name and fulfilling their innate promise, this is a mood-altering, luxurious album which will remain forever-now their finest work since Talk Talk Talk.  A grown-up Furs album, impressionistic and sublime.

Made of Rain is not just a ‘return to form’, it is a superb contemporary left-field rock album that people who like the National, Editors, Interpol, the Killers but are looking for something new and better would be well-advised to check out. It’s hard to imagine contemporaries like the Cure or Echo & The Bunnymen producing an album anywhere near as lush, textured and modern-sounding yet timelessly classic as this.

A flight of crows / My insect heart / the ticking veins / this godless dark .. are the first words on side one track one, (following a wolf-like sax howl…)  it is very Andrew Eldritch – but remember it was the Furs original guitarist John Ashton who produced the Sisters of Mercy classic Alice.

So is this is a Gothic album?  – In a way… if you want it to be, it is.  I had to laugh at BBC 6-Music trying to decide on-air whether the Furs were “New Wave, Post-Punk or Goth – deciding they were “all-of the above”. Twats.  The Furs were always ‘outside of everything’.  They never fitted in.  They were enigmatic outsiders, flamboyant dissidents.

And I’m never coming home again / We can’t agree on anything / And where the hell are all my friends /  I need you right now.

Are there any songs which compare to million-selling, one-everybody-knows Pretty In Pink? some might ask. Well, I think there is one. It’s called Wrong Train and is so old it has an Ashton writing credit – he left the band some years back now.

It is just a classic lyric, zig-zaging tune and reaches an emotional resonance many will relate to.  A wife who hates me / so does her boyfriend / and i’m never going home again…  It’s a break-up song: Dylanesque and wry but it will still make you cry.

It also made me realise how the Furs and Suede have common-ground. They beat their kids up, somewhere suburban – was the key line. But there are similarities in approach and aesthetics as well as actual music. I’d love to think Richard and Brett have a mutual admiration and for the Furs to cover Suede songs and vice versa…

Generally speaking, I am an only-the-original-line-up will-do kinda purist. Yet again I make an honourable exception for the current line up of the Furs (only the core, the brothers Butler remain) but this band are a fantastic unit. Guitarist Rich Good and keyboard player Amanda Kramer make the album the triumph that it is and give it a modern sharpness and musicianly grace and invention.

Richard Fortus (a longtime Richard Butler ally in Love Spit Love) should get awards and endless offers of work for his stunning, faultless, production: you can’t tell whether sounds emanate from guitars or keyboards throughout the album in a very modern Martin Hannett kind of way.

Paul Garisto the drummer is exceptional too -The drum patterns are complex and non-standard. He forms the foundations of music like a merry-go-round: circular and spiralling, rather than having a forward-thrusting momentum – this really is a ‘psychedelic’ Furs- if y’know what I mean.

Long-serving sax player Mars Williams is a revelation -his playing (oboe as well as sax) is as vital as Richards rasp and Tim’s distinctive bass-playing -he is the bands secret weapon (and to think, I loathed his playing on the re-recorded Pretty In Pink all those years back..)

There are deceptively gentle songs like Tiny Hands, a touch of Ruby Tuesday musically, but not about the innocence of an infant, but the man-baby president and his malignancy.

Then there are absolute epics… You’ll Be Mine has echoes of the Velvet Underground but in the All Tomorrows Parties style intro I swear I can pick out the melody to the Supremes Love Child in there.

Made of Rain is an unhurried album. The songs are stately. (Don’t expect a Flowers or Pulse.) It’s an album of drama and mood. “my usual melancholy nihilism” is how RB described what the songs are ‘about’ in an interview.

And there is darkness. Take three titles. Don’t Believe. Turn Your Back On Me. This Will Never Be Like Love.  The utter negativity of the lyricism rides on the grandeur and swirl of the music. It reaches its apex with No-one.

Who’s gonna wear your rings? / Well, no-one. / Tempt you with senseless things.  / No-one at all.

No one is bone-chilling and dramatically malevolent lyrically and huge and spine-tingling musically. (Vaguely reminiscent of Love Like Blood and the Cure’s A Strange Day…)  It’s like a movie you lose yourself in. It’s like standing on a clifftop with the wind in your hair…   It’s the Furs equivalent perhaps to the Only Ones song Why Don’t You Kill Yourself?

Who’s gonna cut you down?  It’s as if Richard Butler wants to set Goya’s Black paintings to music… performed by Drimble Wedge and the Vegetation (Peter Cook as the Devil in Bedazzled). (That is a compliment by the way, the highest praise…)  The Furs are masters of this kind of thing: misanthropic melodrama with dark melodies.

An interview with Richard Butler (on YouTube) – the artist, the painter,  definitively explained his lyric-writing. He uses words and phrases like colours, his vocabulary is the palette and the picture is abstract and impressionistic.  His songs were never literal story-telling – the narrative was implied, feelings evoked.  Ambiguity and beautiful emotional chaos…

Richard Butler was always described as ‘ a cross between Rotten and Bowie’  at times there is a transcendental ‘otherness’  to some of the songs on Made of Rain, (Ash Wednesday, Turn Your Back On Me) which really are ‘up there’ with Bowie.

I’ll say it, fuck it:  This is the Psychedelic Furs Blackstar – to me at least.  a follower of the band who plumbed Tin Machine/Tonight depths of shiteness with Midnight to Midnight, but have redeemed themselves incrementally with the difficult Book of Days (1989) and the  pedestrian but decent World Outside (1991)…and now, twenty-nine years on – the masterpiece.

The chorus to Stars, the closing track has a refrain which over a mellow, melancholic, descending bass-line Butler croons, foreshadowing 2020, as it was no doubt written some time back: These are the days / That we will all remember.

The gentle tune gives way to treated guitar pyrotechnics which splutter, spiral and dazzle ending on a momentary high.  It’s typical Furs in that as soon as the album finishes you want to start at the beginning again.

Made of Rain is an album you can both take seriously and enjoy superficially – Psychedelic Furs seem to revel in their inherent contradictions now. Richard Butler smiles a lot onstage nowadays, put it that way. He never used to smile at all. He was king of the scowl. Haughty and stoned immaculate.  He doesn’t stop smiling now. All of his bitterness, negativity and righteous bile is poured into the dramatis personae in his songs.

Made of Rain is luxurious gloom. An album to wallow and submerge yourself in. Cinematic, empurpled, both impressionistic and expressionistic.

It’s been a long time coming and it has been worth every minute of the wait.  It’s a delicious irony that the nihilist romantics who Don’t Believe In Anything have in this year of chaos brought us something beautiful to believe in… and songs to sing into the void.

pre-order the album from HERE