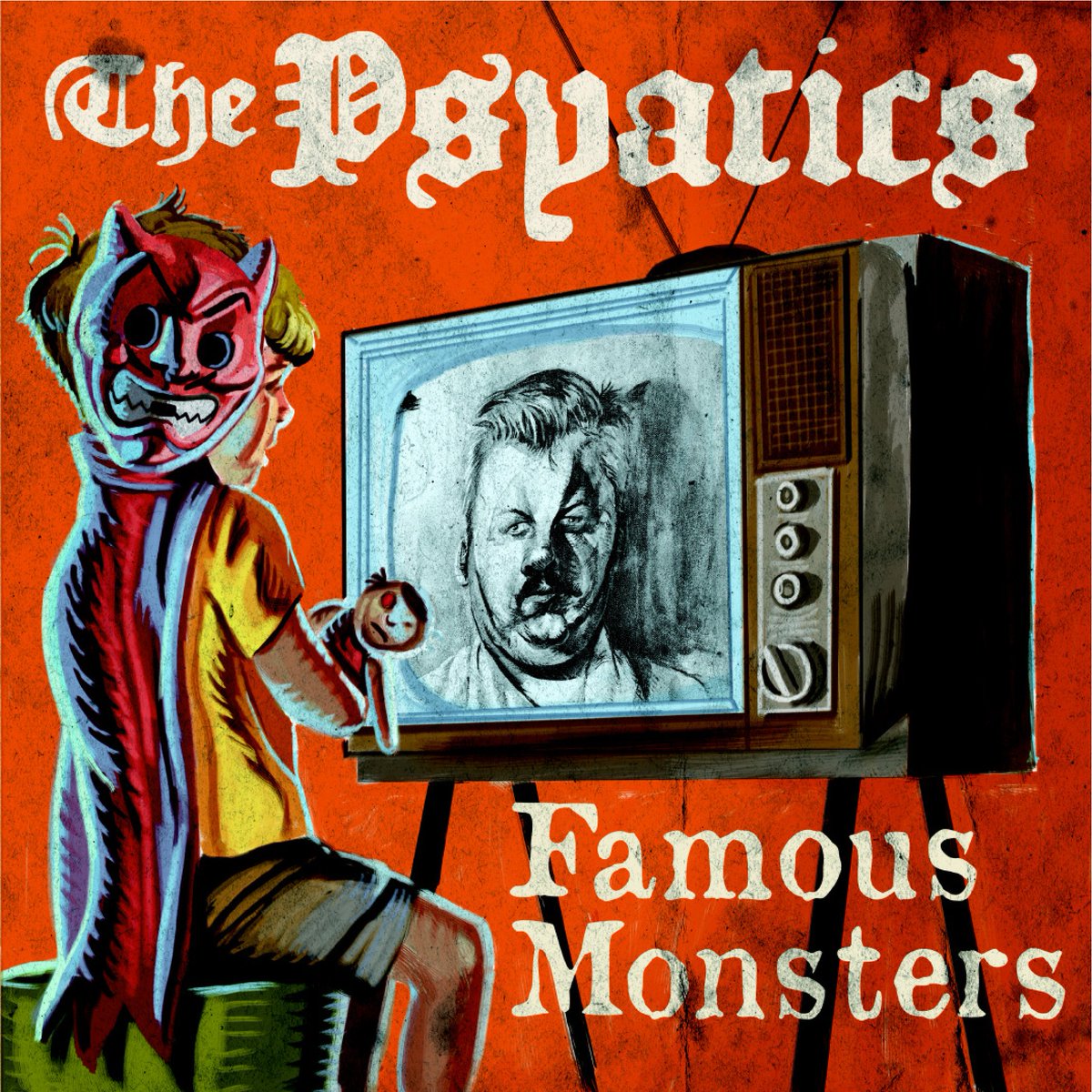 Famous Monsters, is the newest release from the Las Vegas garage/punk group The Psyatics. Their music is hyper-energetic, audacious and socially influenced, with titles like, I Like to Die, Voices in my Head, You Killed Me First, and Burnt Offerings.

Eileen Shapiro Interviews the band for Louder Than War. 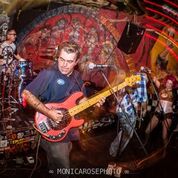 Band members include: Rob Bell on bass guitar and vocals, Jack Ball on guitar and Mark Baertschi on the drums. They have recently come off a tour in Japan and have shared the stage with factions such as, The Dickies, Modern English, and Missing Persons.

Louder Than War: The title track, Famous Monsters, appears to be about serial killers. Is that true, and if so what inspired it?

Rob Bell: Yes, it is about serial killers, although in a bit of a playful way.  It’s a nod to the celebrity of evil people, and the media fixation on these individuals, tying in Grateful Dead and Clash lyrics with a debt to 88 Lines for 44 Women (Nails).

Obviously you believe that punk is still alive and well in the US, so do you feel that your music is a product of our times?

Rob Bell:  As much as our songs are reflections of current issues and topics that lie beneath the surface, and history continues to repeat the same mistakes, it will always be a product of our times.  Our love of post-punk, noise and dissonant jazz chordings allow us to keep it interesting.

Jack Ball: I personally think that our albums/songs is the culmination of all our experiences in our fragmented culture here. Because of this, we like to take our music in many different directions by tapping into all of our music knowledge in an effort to keep all of our material as sonically interesting and as lyrically resonant as we possibly can. Of course in its simplistic form, each song really amounts to “one damn thing after another” but that absolutely does not diminish the logic we put behind writing each album. I know that I speak for all of us when I say that it is our hope that our listeners digest each album as a piece of art holistically to get a sense of the big picture we are trying to get across. Even if it is just to deliver an in your face onslaught of post punk music.

Is there a song on the album that you just love to perform live, above the others?

Rob Bell: Gentleman of Four Outs: Psyatics (can be very manic and primal live) and Stole Your Girl: Oderint Dum Metuant (one of our first songs written as a band).

Jack Ball: Off of the Famous Monsters album my favorite to perform would be Last Time I saw Julia, I am Slack which allows me to act as manic as I can while playing it live, and Shake Them Bones which is an homage to DEVO.

Rob Bell: Jack and I write the songs in equal measure.  Usually it starts with a melody from my written lyrics, and we shape it from there.

Rob Bell: Sharing a bill with The Oblivions, The Gories, and joining Roky Erickson in singing Two-Headed Dog.

Jack Ball: I believe I have my stage fantasy right now. Playing in CBGB type clubs is very personal and invigorating. I love that I can enjoy of the music with the crowd and join them as we play in our manic style. That is something that a large stage lacks. The energy that is developed in an intimate room is very hard to replicate and be delivered from a large stage setting. That is not saying that I wouldn’t love both! The only wish that I have is to take our performance to as many places that we can!!

How did they receive your music in Japan?

Rob Bell: They just can’t get enough of American rock and roll!  Singularly one of the best experiences I’ve had, to be greeted with an honest respect and appreciation for bringing our music there.

Jack Ball: The only thing that I would add to Roberts comment is the musicianship that we played with was, in fact, some to the most accomplished we have seen in the club/band circuit. Their camaraderie and genuine wish that all the bands are well received by the audience is something that we don’t experience in our competitive music culture here in the states. Their attention to detail from sound check to performance is second to none that I have experienced to date. All of the bands even gather early to introduce each other and wish each other great show in a small rally type atmosphere. It was very enlightening and humbling to play for them. I hope I have the same experiences in other nations in the future.

Will you be touring more extensively?

Rob Bell: We will be playing out as much as possible over the next year, mostly along the west coast, with plans on east coast stops in Pittsburgh, Philadelphia and New York, another round in Tokyo early next year with hopes to begin to book Europe and England dates as soon as possible.

Rob Bell: Record, play out, repeat. We have 13 songs in process for the next Psyatics album, tentatively entitled Much Worse Things Happen at Sea…not-so subtly political.