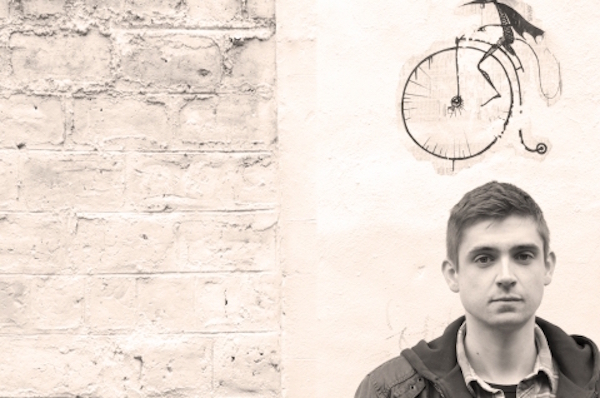 C Duncan is a former student at Royal Scottish Academy of Music and Drama (now the Royal Conservatoire of Scotland) whose music demonstrates both a love and appreciation of classical and modern music. His debut album is due out soon via Fatcat, an LP that we’re told is “formed from lush choral harmonies and acoustic instrumentation” while also being “textured like contemporary dream pop”. It was all recorded at home in his Glasgow based bedroom studio and here he tells us why he sees this as the perfect way for him to make his music.

It is in my large, yet cluttered (and un-hoovered) bedroom that I recorded my debut album – using a battered old classical guitar, a 10 year old external sound card, a Rhode M3 microphone and Logic Pro 7 (c. 2007). Here, in this familiar and personal space, I have created an album that I have tried to make spacious, varied and luscious. Not because of any exceptional talent or expertise in the realm of home recording, but because a home studio frees the artist from the shackles of time constraints, financial constraints and people watching and listening in. I can make whatever I want to, free from pressure and judgement – and this is very important in my creative process.

It is an approach to music that has recently gained a lot of publicity in the popular music world thanks to artists such as Toro Y Moi (whose first two albums were made in his bedroom), as well as Grimes, Geneva Jacuzzi, Ariel Pink, and Connan Mockasin (who recorded his most recent album in a hotel room in Tokyo).

However, this way of making music isn’t a recent thing. Back in the 1950s, Les Paul (the man behind the electric guitar) and his wife Mary Ford were recording albums in a makeshift studio in their garage. In the late 60s Emitt Rhodes left his band The Merry-Go-Round (then signed to A&M Records) and set up a home studio in his parents’ garage. And, in the early 1970s, R. Stevie Moore (now hailed as the godfather of lo-fi) started releasing his own home recordings; over 150 albums later, he is still recording and releasing his own music from home.

There is a certain sound to homemade music that I have always found very appealing, especially when talking about solo artists. Musical styles and genres are less relevant – as is standard instrumentation – when the music being created is written and produced by one person, using whatever equipment is available to them. There is an almost ‘outsider’ element to homemade music that is both fascinating and genuine, because the artist has invested so much time and thought into putting the whole thing together piece by piece without the interference of other musicians.

And now through the internet and websites such as SoundCloud, Bandcamp and Spotify, us bedroom musicians can distribute our music all over the world for free without having to leave the house. This was how I got my music to FatCat Records in the first place. I finished a song, I sent it to their SoundCloud, they put it on their demo page, and people from all over the world listened to it. Nowadays, if you want to record from home, all the required software and equipment is available for home use, and everything you need to get your music out there can be accessed from your computer.

For all these reasons, this approach to making music is one that I have become very fond of. Perhaps I will occasionally find myself in professional studios in the future, but one thing I can be sure of is that all the groundwork for future recordings will start at home, in my bedroom.

You can pre-order C Duncan’s new album (digital) at iTunes and keep your eyes peeled on Fatcat’s website for news of physical releases.

C Duncan is on Facebook and tweets as @mrchrisduncan. There’s more music by him on his Soundcloud.

All words by C Duncan. This is his first article for Louder Than War.