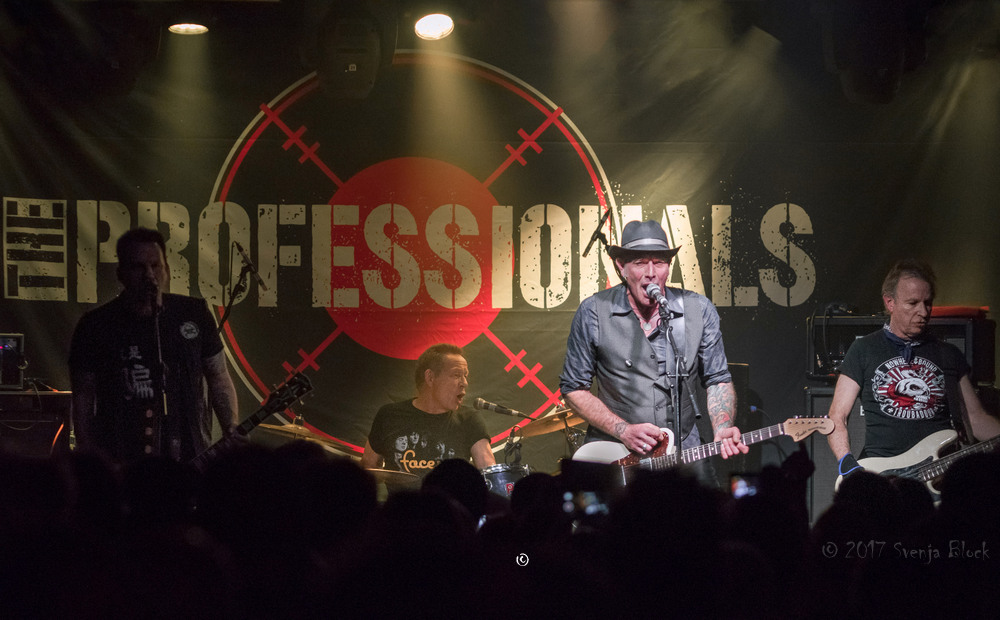 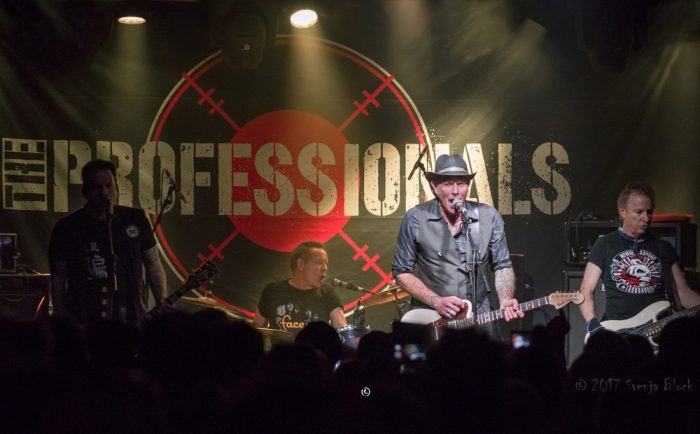 The Professionals launch their new LP with a blistering show. Photos by Svenja Block. Words by Craig Chaligne

Well surely this was a night not to be missed on the London punk rock calendar. The Professionals launching their first album in 36 year  and opening for them were Hands Off Gretel, one of the most promising punk rock acts in Britain. Charismatic lead singer Lauren Tate displayed consummate show(girl) ship as she headed the now quartet (they have acquired a bass player). A short and punchy set included a new tune titled “Bigger Than Me”. They are set to release a new LP in 2018. 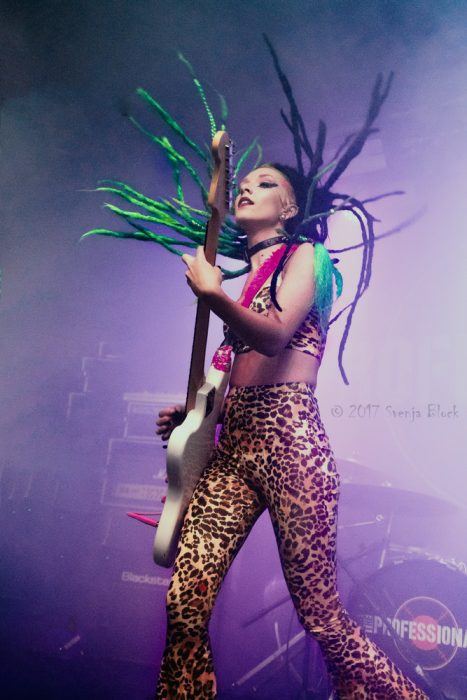 The Professionals feature original members Paul Cook and Paul Myers with new members Tom Spencer and Chris McCormack completing the line-up. The band managed the balancing act of playing as many new tracks from their new LP “What In The World” as possible without sacrificing two many “golden oldies”. There is the eternal debate of whether or not the band should have reconvened without Steve Jones but the sterling live shows they have been putting on over the last two years and the added bonus of a strong new record are proof that it was the right way to go. 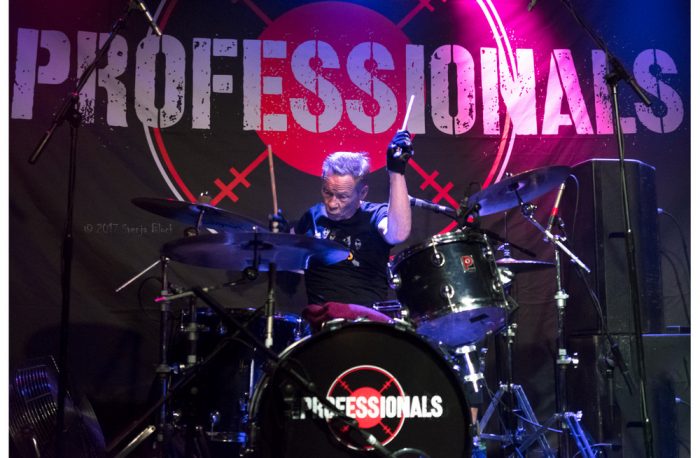 Wisely opening with two classics (“Payola”, “Northern Slide”), the band then played an excellent track from the new record (“Good Man Down”). New tracks blended in seamlessly with old classics throughout the set with the band rocking away with aplomb (the rhythm section of Myers and Cook being in particularly fine form). After “Going Going Gone”, Tom Spencer promised that from now on it was “only old stuff” and the band proceeded to churn out a killer version of “Kick Down The Doors” and closed off the main set with “Silly Thing”, that Pistols track that The Professionals made their own. The band returned with Paul Cook taking to the mic saying that it was forty years to the day that “Never Mind The Bollocks” had been released and without further notice the band played “Bodies” and “Pretty Vacant”. 1H15 mins, short, sweet and to the point: the way it should be.