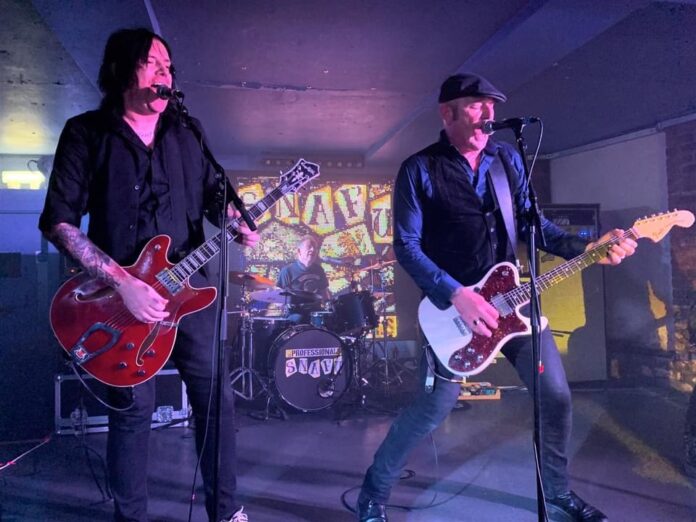 Paul Cook has already earned himself a special drum seat in the pantheon of rock n roll greats merely by being in the Sex Pistols. They were the pivotal band who changed everything and whose members have spent the post Pistols period scurrying in various different directions.

Post Pistols him and his partner in crime, Steve Jones, became a kind of punk rock Sly and Robbie after the wreckage of the iconic band. They turned up everywhere as guns for hire playing on what seemed like everyone else’s records and adding that warm and huge wall of sound before forming the first incarnation of The Professionals in 1979 to carry on this art of palaver.

In 2021 The Pistols seem to be everywhere again.

As they should be.

The band may have been full of contradictions and their legacy hotly contested but they also laid down some of the greatest rock n roll these islands have ever produced and with the upcoming Danny Boyle TV series based on Steve Jones ‘Lonely Boy’ book they are about to go supernova again. Of course, this has resulted in the old fault lines getting a good rattle with court case wrangling with former singer Mr. Rotten and the usual hoo hah but at least the band are back under the spotlight.

Meanwhile, Paul has hit the road with The Professionals, happy enough in the shadows of cultdom, content to play blistering anthemic and melodic rock n roll with a crack team of players to underline his own creative cred.

The 2021 take on the band, that is now without Cook’s lifelong buddy, Steve Jones, is in tip top condition. Tom Spencer takes up the Steve Jones role and his guitar and vocals help define the current lineup – he has a powerful melodic voice and his sense of bonhomie is perfect for the band. He delivers the trademark avalanche guitar and the seriously great leering melodic vocals and is damned good on his own terms.

What’s key here is that there are no passengers in the band and they sound lean and vital. Tom has an amiable stage persona and a great voice that hooks around the songs from the band’s upcoming great new SNAFU album or the older Professionals material or the whole band’s soaring take on the Sex Pistols classic Silly Thing with ease.

Of course, a lot of this is about Cooky’s distinctive drumming – no matter who he plays with – whether its Edwyn Collins, Subway Sect, The Pistols or his own band his signature style is instantly recognisable. It’s still that mid paced heavy groove that defined the Pistols when everyone else was in a hurry, the avalanche toms, the heartbeat snare, the pummeling kick drums…few drummers are this unique and as recognisable and few still retain the power and precision this deep into a career.

The Professionals are a damn fine wine of a rock n roll band. They play the 2021 form of the music and sound closer to the Wildhearts than to the Pistols. They don’t sound dated, they have an edge and they have songs stuffed full of great turns of phrase, great hooks and huge magnificent yob choruses and a killer new album.

Let’s whisper it loudly. The Professionals are on fire. They are the oldest best new band in the UK right now and are far better than they need to be and serious contenders.