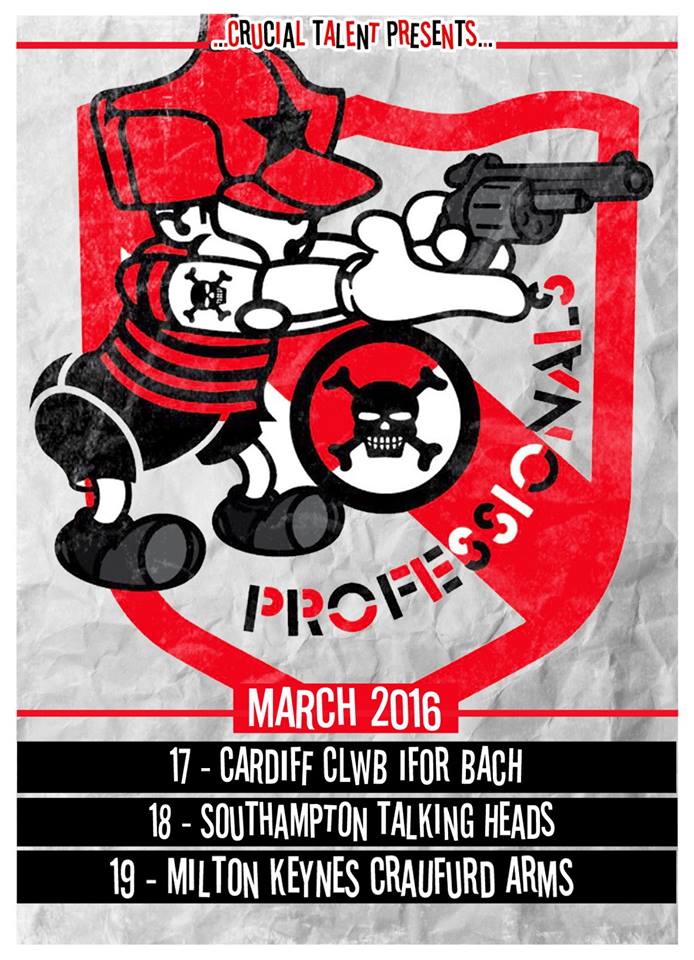 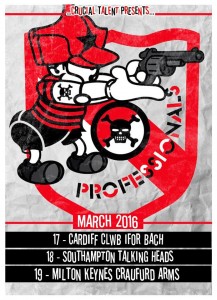 The Professionals have announced a short tour in March 2016 : Cardiff, Southampton and Milton Keynes on the 17th, 18th and 19th.

The band still do not include Steve Jones  however, but, as Ian Canty pointed out in this review from the 100 Club last December, this doesn’t really matter if you go along to hear those songs and get into the spirit of things.

I’ll let Ian give you his personal ‘potted history’ of the band and the ticket links are below. They are smaller venues so will sell out.

Although gutted at the time all in all it probably wasn’t really a bad thing when the Pistols broke up in 1978 – they weren’t writing many new songs and by all accounts it become somewhat of a circus. The big plus was the bands that most of the various members went onto were all kinds of excellent. Glen Matlock, having been jettisoned by the band in February 1977 had already set up his Glam Punk Poppers the Rich Kids who would do some fine work which unfortunately wasn’t given much chance by EMI after the initial self-titled hit single.

Next out of the block were Johnny Rotten’s excellent Public Image Limited, who are still doing sterling work to this day and put on a fine show at the Engine Rooms only last year. The first few records by PIL set out the Post Punk blueprint and are still having influence on a plethora of acts right up to the present day.

But what of the core of the band, Shepherds Bush boys Paul Cook and Steve Jones (disregarding the ill-fated Sid who hardly played a note on the records)? Well the impetus of them putting a line under the Sex Pistols and getting on with something else was halted by finishing work on the “Swindle” soundtrack and LP and an, ahem, “difficult” attempt to start a band with Jimmy Pursey (“He was worse than Rotten”) .

After both those ventures they finally pushed on and started their own band with Andy Allen (Ex- Lightning Raiders) at first and shortly after their second single recruiting in his place Paul Myers (ex-Subway Sect – remember that name as it plays a big part later on) and Ray “Kid” McVeigh on second guitar. Though very rarely playing live in the UK, they made four memorable singles (“Just Another Dream”, “1,2,3”, “Join The Professionals” and the wonderful “The Magnificent” which really should have been a massive hit) and an album which was solid enough but not quite as good as it should have been due to a duff production.

In between this Cook and Jones appeared in the film “Ladies and Gentlemen, The Fabulous Stains” alongside actor Ray Winstone as “The Looters” ( Clash bass player Paul Simonon completed the line up). Winstone did a pretty good job on vocals too and “Join The Professionals” was a pivotal number in the movie itself.

A US tour which resulted in a horrific car accident put paid to the band with Jones opting to stay in the US where he hooked up with hardcore band Kraut. All went quite for decades until it was revealed that the band were reforming for a couple of gigs in October last year, with a boxset of all their recording coming out at the same time. This reformation came about because Pauls Cook and Myers had been enjoying playing in Vic Godard’s Subway Sect very much and both lived near McVeigh. They first got together socially and then floated the idea of the Professionals again, seeing as 3 out of 4 of them were so locally based. They had a jam just for fun and to see how it sounded and then left it for a year.

They then met up a year later they did the same thing and, surprised how good it sounded, asked Steve Jones if he was interested in getting on a plane and bringing the Profs back out for a few gigs. Sadly Steve didn’t fancy it, but the rest of the band, thinking that it probably would never happen if they waited for Jonesy, decided to get out and play the songs with Tom Spencer filling in on guitar and vocals.

Many people said it wouldn’t work without Steve – after all he was such an integral part of the band. Boy were they wrong! I caught them at the 100 Club and they were absolutely brilliant – I reviewed it here. It certainly was one of the best gigs I’ve ever been too – the band played with the right spirit, totally committed, full of the right sort of attitude and the songs sounded beyond belief. I was walking round on air for a couple of weeks after that, thinking it was a once in a lifetime thing. ….but lucky, lucky us!

They’re touring again and all I can say you don’t need me to tell you to be there, they’re the best at what they do in the world, still. Just Join The Professionals on that night and you’ll never want to be demobbed! 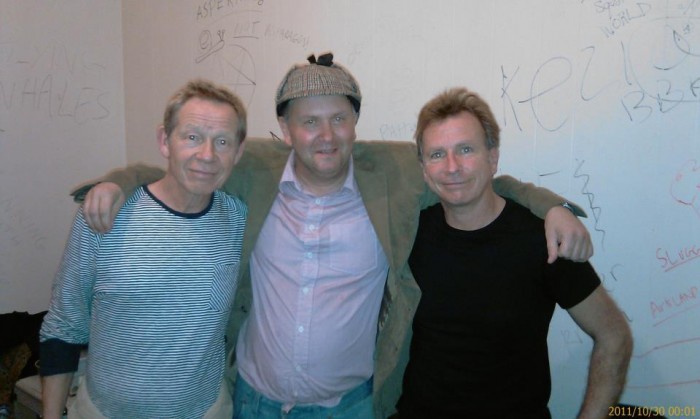 The Complete Professionals 3-CD set is out now on Universal

All words Ian Canty (who has gone for a lie down) his author profile is here.