Home Music Reviews Album Reviews The Prodigy: The Day Is My Enemy – a track by track... 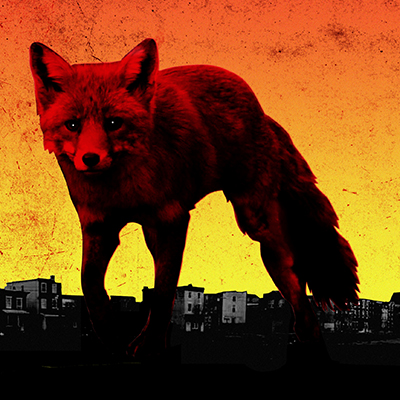 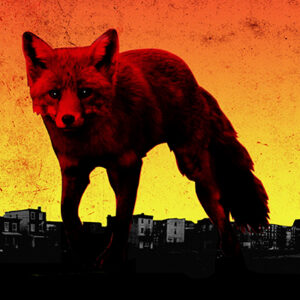 Due Out March 30th

The new Prodigy albums exploding out of my sound system.

Monster beats are brawling with the martial art fitness of the Gracie brother ju jitsu expertise- that same kind of physical prowess combined with a fierce intelligence. The album is cranked raw power but also full of hooks and flavours that never leaves it as stomping oblivion.

The Day Is My Enemy has been trailed with promises of a violent new sound and whilst it’s not Atari Teenage Riot in terms of sonic obliteration it’s a fantastically powerful, superb album of punchy beats that explode with the barely suppressed fury of these dangerous times and makes them into top 5 pop music.

The Prodigy have always been threatening to make this album since their inception at the barrier breaking electro punks in the middle of the acid house wars. The were the only band from the techno generation who could have fitted into the mindset of the Never Mind the Bollocks ramalama of 1977 and somehow managed to join all the wild, maverick musics into one whole.

As if to prove that hammering way at a keyboard was as visceral and thrilling as the old school electric guitar the Prodigy have spent the last couple of decades owning festivals worldwide. You just have to see that moment when they take to the stage at any festival and the crowd seems to at least triple in size and the dust cloud rises to the heavens as thousands of feet kick up the dusty jams whilst the band over heats.

The Day Is My Enemy

The album kicks off with a drum break that sounds like it’s from a futuristic Terminator film twisted with an Indian subcontinent flavour. A distorted vocal sings over on apocalyptic melody before the biggest beat ever comes crashing in and the screams of ‘get down’ slash over the bubbling digital hardcore of the backing track. A backing track that is full of the filth of a gonzoid Led Zeppelin and the kamikaze terminator of electronic music cranked to its filthiest and scariest best. A mighty opener, this is the 21st century answer to the mid seventies behemoth Zep era when rock bands really did kick out the jams instead of being the whining bedwetters of the modern times.

Everyone has heard this one – it was the lead track from the album and the closest the album gets to pop in a distorted belch of sinister poppoid filth built around Keith Flint’s gonzoid punk vocal that is reminiscent of the great punk band 999 in more ways that just the title.

The track kicks of with the title battering out of the speakers distorted by the loose static of the now. The familiar voice of Keith Flint is yakking away in the background over a seething backbeat that seems to mash up some kinda Egyptian wedding music into electronic monster beats and a snarly suppressed  frustration as it staggers from the compact punk of the verses to the huge rolling choruses.

In reality this is what punk rock should sound like in the 21st century when laptops are the prime creative tool and the whole of the world’s music and culture is at our fingertips and the noise of the modern times is a million cultures and musics all cascading down any high street in the modern world. The Prodigy have just stomped up this modern noise and somehow managed to make a ferocious pop song out of it.

This is the Prodigy’s much vaunted hook up with band of the moment – Sleaford Mods and the match is perfect. The Sleaford Mods kinda do their fantastic lo fi of take on the Prodigy’s electronic punk a in an acidic critique of the superstar DJ culture- one very annoyed man with a poetic curse and another bloke pressing a button every now and then stripping the Prodge electronic punk down to its minimal perfection. Combined together, they bring the best out of each other. ‘What’s he fucking doing…’ intones Jason Williamson over a rollicking backbeat as he spits out a story of these times in that clear cut life stained voice with the world weary snarl – like the Fall cranked to a 21st century intensity and madness.

The track starts of moodily and is a slight sonic step back in the total obliteration of the opening three track salvo of the album – not that it’s that its that stepped back. The loops still pound but there is a keyboard rattling over the top that sounds like mid period Stranglers and the band ‘face their fears on the wild frontier’ . Will this be the one that the radio dares to play? does the radio dare to play anything that’s a bit upbeat these days? there is a fantastic and slowly encroaching element of chaos to the track as it builds around Keith Flint yelling at the world as he cavorts around the digital pound complete with his freak scene hair and gonzoid kohl smudged eyes – a fantastic pop creation to the end.

This is the band kinda going back to their super fast beats roots- like a steroid cranked Charlie for the now and yet another monster, juggernaut beat with vocal skree crashing round of the top. The sonic theme of the album is these huge beats. A release from the terminal niceness of modern music and a welcome slice of pounding off kilter madness – this stuff sounds great cranked  full blast on your headphones as you walk quickly across frantic cities.

An atmospheric neo Clint Mansell, neo classical piece full of brooding film soundtrack melancholia-  Beyond The Deathray would be a great slice of soundtrack to the new Terminator film- as the film ends and the machine clanks into the sunset kinda moment- it is melodic and swooping proof that the new Prodigy album is not just a load of (very welcome) stomping and shouting.

Back to the stomps! and that perfect synthesis of rock noise and electronic blast beats that are the Prodigy’s calling card. Combing all the rebel musics of our time into a 21st century madness has always been the band’s best trick. They understood that the power of metal and the mind pulverising FUKK of techno was a future – the only true rebel musics after indie got comfortable. This is music that not only fills stadiums but builds new ones with its awesome running power that utilises modern technology instead of running scared from it.

More like hardcore instead of punk – this is the fast and furious rush of the post punk noise crank but driven by frantic beats and Keith Flint keeping up with a sneering vocal. There are lots of really cool breakdowns to exaggerate the rushing beat of the key riff in the track that tries to keep up and succeeds in keeping up with these manic times. Can the Prodigy be kept helmed in by Roadblox ? Doubt it! This reminds me of when my band Goldblade supported them in Macedonia a few years ago and the Prodigy drove their tour bus through war torn then Yugoslavia to get to the gig with no fear for the surrounding mortars and madness.

Get Your Fight On

Track kicks in with some weird, twisted, eastern twang before yet again thundering on into a super-compressed jackboot stomp – this time decorated with a cool, weird, bubbling keyboard notify and a great riff on the chorus section that sounds like the theme tune from some weird seventies sic fi TV series. The Prodigy are so hyperventilated that they crank these beats but decorate them with so much detail that nothing ever feels the same.

The sample of Turkish gypsy music at the beginning is a great false start before the car jam crank the main riff comes in hooking its way around that fluid Gypsy sample- it gives the track a fantastic feel- the centuries of sound echoing around the big grooves.

The album starts to wind down towards the end with a stripped down atmospheric piece – apiece that oozes the warmth of the sun yet doesn’t let go of the darkness in a brooding atmospheric piece that is hooked around an intoning guitar motif and chanted vocal.

Just when you were zoning out for the end of the album Wall Of Death sounds like a dare – a climactic ending of the album, a  suffocatingly brilliant  uberstomp of cranked beats and Keith vocals that show no mercy. It sounds very pissed off and yet thrilling and also fun in the darkest of ways…this is prime time classic Prodigy- close your eyes and you can see the flashing light show and record breaking moshpit dancing like hypnotised chickens and defying the corpse breath like times…