Home News The Prodigy are back : U.K. tour announced 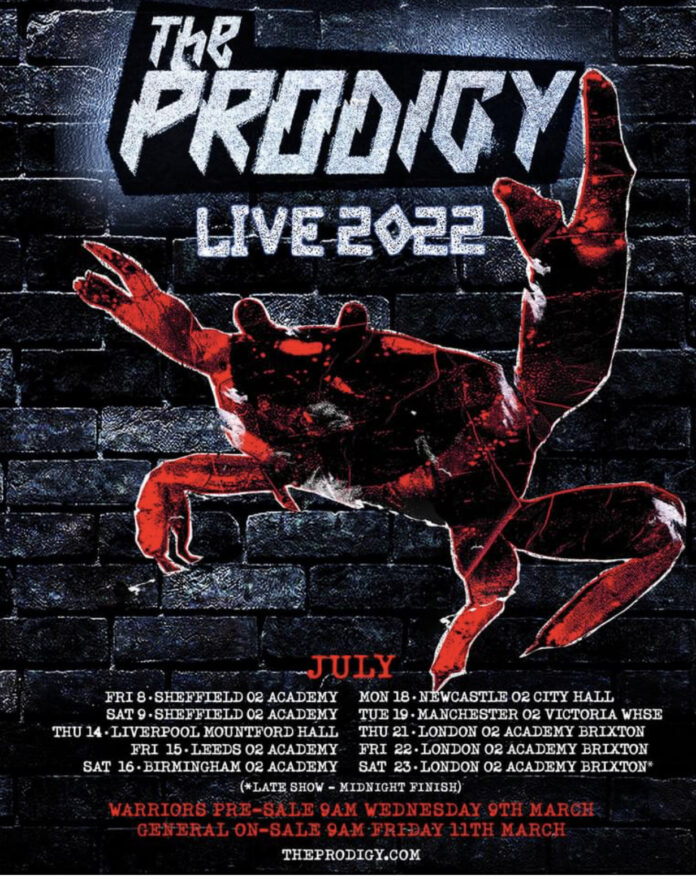 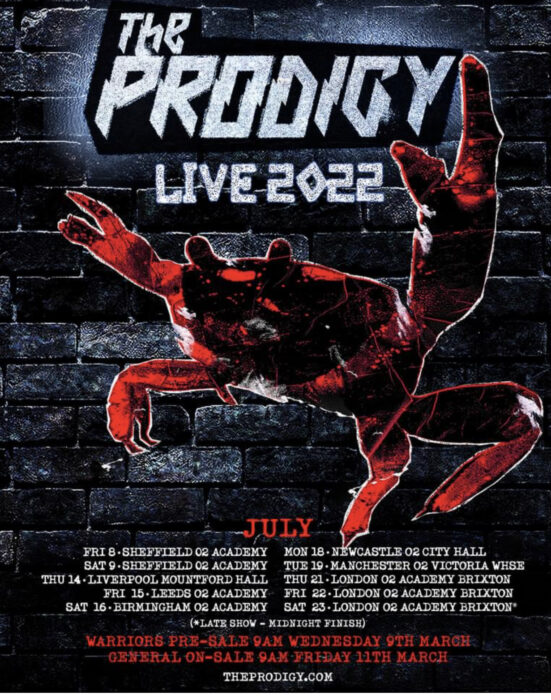 Out of nowhere The Prodigy have announced their return.

On the anniversary of the tragic death of their totemic iconic singer/dancer Keith the band are back. The band who fused rave, industrial, punk and metal have announced their return to the stage to play a run of live dates in England in July  to  coincide with the 25th anniversary of ‘The Fat Of The Land’.

The band posted this statement…

‘WE CANT WAIT TO GET BACK ONSTAGE AND PLAY OUR TUNES FOR THE PEOPLE AGAIN , THE 25TH ANNIVERSARY OF ‘FAT OF THE LAND’ FELT LIKE THE RIGHT TIME FOR US TO STEP UP , WE’LL BE DROPPIN TUNES FROM ALL OUR ALBUMS AND MAYBE SOME SHIT U HAVNT HEARD BEFORE ,