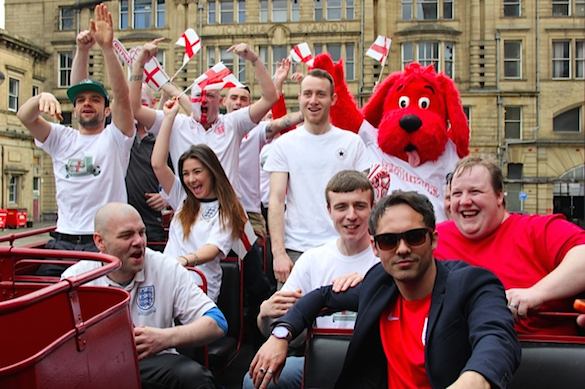 With the world cup of football just a few weeks away Manchester’s Printworks have produced a world cup “anthem” to raise money for charity Forever Manchester. It’s titled ‘Our Telly’s Bigger Than Your Telly’ and you can listen to it below.

‘Our Telly’s Bigger Than Your Telly’ is produced and performed by Aniff Akinola, aka Box Bottom. Co Writer of songs such as the classic ‘Voodoo Ray’ by A Guy Called Gerald, Urban Cookie Collectives ‘The Key, The Secret’, and Backyards Dogs ‘Baddest Ruffest’

‘Our telly’s Bigger Than Your Telly’s’ is in fact rumored to feature a number of the cities celebrates who turned out to support the anthem, as well as Forever Manchester’s work in raising and distributing money for local people and groups. Funds from the song will go to help make positive changes in and around Manchester’s neighbourhoods.
Links: