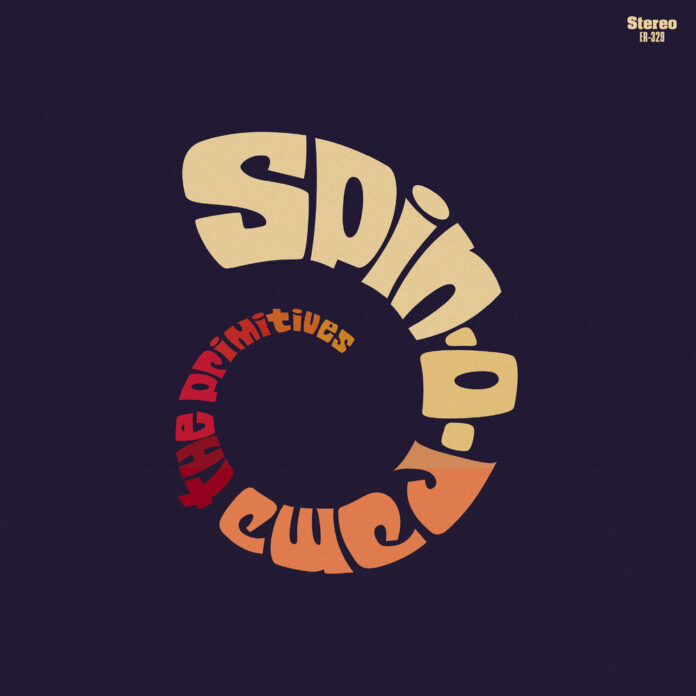 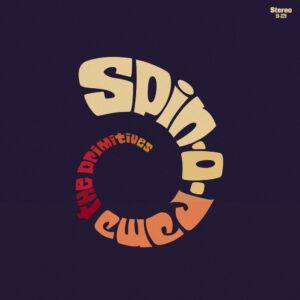 Since reforming back in 2011 The Primitives have teased their audience with an album ‘Echoes & Rhymes’ of themed covers, admittedly the majority of the source tracks were so obscure you could have been excused for believing them to be band originals, then ‘Spin-O-Rama’ appeared on a ltd edition 7″ vinyl, now the title track to an album of entirely new material – in fact its the bands first new material in almost 20 years…

Thankfully they didn’t feel the need to alter their sound in an effort to fit into the current climate; ‘Spin-O-Rama’ is firmly entrenched within their instantly recognisable 60’s tinged bubble gum-pop – opening with the title track The Primitives instantly set out their stall, an insanely catchy riff that somehow blends a drum refrain from a football terrace chant whilst referencing their Top 5 hit ‘Crash’ whilst ‘Hidden In The Shadows’ looks further back to perhaps the bands finest moment – the supremely gorgeous ‘Really Stupid’…’Shadows’ is altogether more trashy, built around a looping, deeply resonating bass; Tracy Tracy’s vocals are clear, precise and here are allowed to hint at the range she is capable of.

‘Wednesday World’ continues The Primitives tradition of featuring guitarist and song writer Paul McCourt as the lead vocalists very 1960; it’s very 60’s-influenced, a slower pace but not quite as restrained as ‘Follow the Sun Down’ – for The Primitives this is a crawl, but also a bold step into uncharted perhaps even experimental territory for the band

Paul returns to the vocal duties for ‘Purifying Tone’ though you could easily miss this one such is the brevity of the almost dreamy psychedelic track, whilst ‘Lose The Reason’ features Tracy Tracy and Paul as a duet, a swirling floor filler overridden with a (no doubt) Farfisa keyboard and warm harmonies; ‘Petals’ is a straight-a-head, and welcome return to the band’s roots, and fast-paced – the classic buzz saw guitar, crashing cymbals and Tracy’s soaring vocals…this is what the album has been lacking, this has energy, it’s a head rush that recalls the days of the bands stint with Lazy Records and instantly I can feel a huge smile spreading across my face, hit repeat, crank the volume up and bask in the simple pleasures of perfect pop…

‘Working Isn’t Working’ again sees Paul taking the vocal lead as he laments the very act of working over an initially slower paced almost wistful melody, which with a blast of distortion suddenly accelerates…’Velvet Valley’ comes across like an old JAMC/Sister Vanilla track, and there surely can’t be anything wrong with that – Paul and Tracey harmonising perfectly across this lyric free number, complete with a massively engaging hook which sadly fails to really go anywhere; thankfully ‘Dandelion Seed’ heads back to the garage complete with Tracy Tracy’s distinct sugar coated vocal, which are again to the fore during the barely 1min 30 long caress of ‘Let’s Go Round Again’.

Personally anything from The Primitives is welcome, but for me ‘Spin-O-Rama’ just falls short of the mark – it’s a good album, in fact its a very good album, Paul McCourt knows his craft, every track is a demonstration of this, but it just doesn’t crackle…

I’ve been trying to establish just why I’m not entirely convinced, all I can come up with is that I am a pre ‘Crash’ Primitives fan, I hark back to the unbridled energy of their Lazy recordings, whereas ‘Spin-O-Rama’ is just too polished; to criticise an album for having an excess of finesse seems churlish, but sadly that’s were I am with this one – though if you joined the band post ‘Crash’ then ‘Spin-O-Rama’ will tick every box.