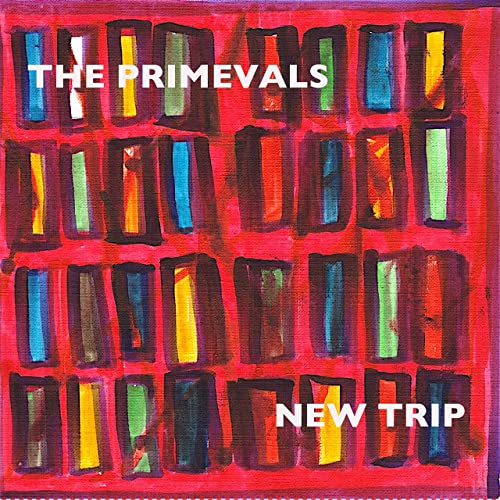 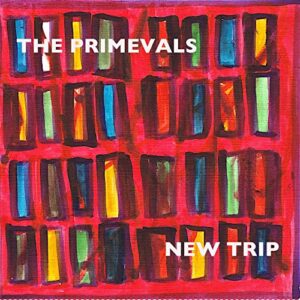 Hot on the heels of 2020’s lyrically intense Second Nature, the still-reigning overlords of Scotland’s garage-rock scene stealth-released New Trip in the depths of this year’s lengthy Covid lockdown that we’re only now starting to emerge from.

With former bass-player John Honeyman now fully integrated as the group’s permanent keyboard-player, The Primevals’ current sound evokes The Modern Lovers and The Velvet Underground as often as it does The Gun Club and The Fleshtones. There’s a freewheeling experimentation about this album that’s very much to be applauded in a band that first formed almost 40 years ago, resulting in a strong and varied set of songs that throw a few curveballs for long-term followers of this highly-respected group.

Album opener Hey Love rolls and surges like a rollicking lost cut from the group’s superlative Heavy War album (2012), while Intrusive Thought is classic latter-day Primevals, street-level psychological observation set to a broiling rock & roll backdrop, but the album really impresses when The Primevals venture into new territory. It’s All That Matters, for example,  is a classy slice of garage Americana that would have been equally at home on a Glen Campbell or Jeffrey Lee Pierce album, while the wincingly on-target lyrics of The Euthanasia of the Youth demonstrate that singer Michael Rooney hasn’t lost one iota of his political edge, grounded as he is in the day-to-day reality of people at the sharp end of our society. Musically, the song’s dramatic chord progressions and twinkling xylophone bring to mind the feral experimentation of The Stooges’ final days, post-Raw Power.

Elsewhere, Gimme Gimme Some Action surfs a cool freakbeat groove, Honeyman excelling with some sublime Fender Rhodes vamps while guitarists Tom Rafferty and Martyn Rogers again cut loose to great effect. Best of all, the title track returns to the free jazz influences that have so often inspired The Primevals to their greatest heights in recent years (for example, the title track of Heavy War), bassist Ady Gillespie holding down a compellingly cyclical bass line while guitars strafe and honk like Sonny Sharrock sparring with Ron Asheton and drummer Paul Bridges provides his customary Rock Action-steady pounding backbeat. The icing on the cake is the glorious free jazz alto saxophone playing of guest musician Kornelijus Pukinskis of the experimental jazz trio Quark Effect.

New Trip opens up new possibilities for The Primevals, leaving us with the tempting possibility of further collaborations with the abundantly talented Pukinskis – would a full album collaboration be too much to ask for?  That would be a further new trip well worth waiting for.

All words by Gus Ironside, 2021. More writing by Gus can be found here.