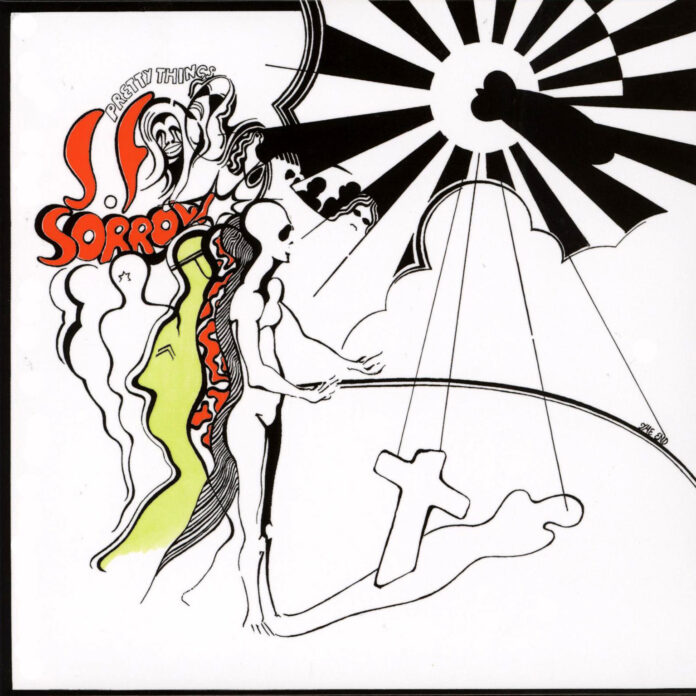 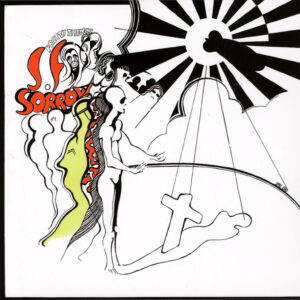 The fourth LP by the The Pretty Things, SF Sorrow, was released in 1968. It was one of the first ever rock concept albums and Amy Britton thinks it’s time we reappraised it. Read on to find out why.

Now, lets tackle the c word. Concept has become a derided term in the world of albums, associated largely with pointy hatted bands conducting six hour odysseys on warlock battles. Or something like that. But what if a concept pushes the idea into something more – into an incredible piece of storytelling backed by great music to back it up? In 1967, this was rock opera. And the very first of these – preceding The Who’s Tommy by almost a year – was one of the lost classic albums of the era, The Pretty Things truly remarkable SF Sorrow.

Its hard to imagine a major label like EMI issuing psychedelic rock operas mapping out dark, Dantean odysseys now, but the 1960s were a very different age in terms of record companies taking gambles. The music business was stronger – most of young people’s spending was directed towards music – and change was increasingly embraced as each unlikely or maverick success opened the door for the next. When they signed The Pretty Things, EMI had already signed Pink Floyd, who, still in their Syd Barrett years were a mix of suggested darkness and childlike whimsy. Both Floyd and the Pretty Things had come through the Bryan Morrison Talent Agency – Morrison had been a gifted talent – spotter of the old school who also had a shrewd eye for the changes around. But whereas Pink Floyd are widely known – as are the rock operas of The Who – The Pretty Things SF Sorrow remains widely unheard, which is why I feel a reappraisal is a must. The idea of a consistent, flowing rock opera must seem alien to the current downloading generation who listen to albums in bits and pieces, but the minute opener SF Sorrow Is Born kicks in, typical of its time but also evoking the choral lines of traditional musicals with its chants proclaiming the protagonist’s birth, it’s obvious this warrants – no, demands – attention.

Like any great tragedy (for that is what it is), things start bleak for Sebastien F Sorrow and never get any better. The whole thing is evocative of Dante’s Inferno, as Sorrow works his way through worlds both real (a lonely New York) and imaginary (a mysterious underworld were he is led by Baron Saturday, acting as a kind of Ovid to Sorrow’s Dante.)

Read the lyrics separately from the music and you still have an artfully created piece of storytelling. But of course the real strength is the music – undeniably of its time, but innovative and timeless enough for classic status, largely due to Norman Smith’s rich, contemporary but respectful production. For what its worth, my personal favourites are the drivingly melodic She Says Good Morning and the midpoint and the story’s pivotal moment, Baron Saturday in which, in lines more literal than metaphorical, “he’ll take your eyes out for a ride.” This acts as a kind of metaphor for Sorrow’s whole descent, as vocalist Phil May sings at one point that “Sebastien’s madness built up like a surrounding wall shutting off the light until there was just darkness”. Once again, the debt to Greek tragedy is huge, as classics such as Sophocle’s Oedipus are full of sight and blindness imagery. Clearly classical themes were lending themselves the contemporary art forms of 1960s – particularly when you consider how far Tommy pushed a number of these themes also. (I had considered writing a film reappraisal of Tommy, but wasn’t sure how much overexcited Freudian analysis I could get away with …)

The bad timing of SF Sorrow is perhaps its greatest weakness. Slow release outside of the UK meant American listeners actually thought they were cashing in on Tommy, with few realising that it had actually come first. Bad luck. But, much like The Velvet Underground and Nico, SF Sorrow would have a huge artistic impact on those who did hear it, and for that reason lets hope a whole new generation can rediscover this lost classic and value it on its own numerous merits.