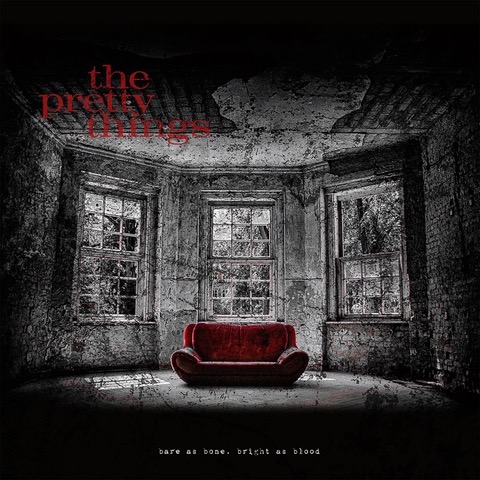 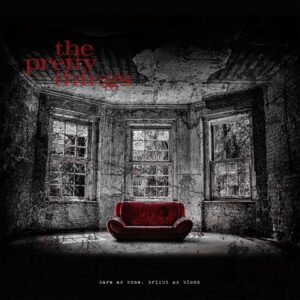 Bare As Bone, Bright as Blood

The history of pop music is littered with bands that were hugely influential, but never sold as many records as inferior bands, and The Pretty Things were one of them despite creating the rock opera with 1968’s S.F. Sorrow.

Revered by their contempories – Jimmy Page was famously keen to hear their new tunes when they were signed to Zeppelin’s Swansong label – they had a good career by most standards, and this album of blues standards is a clear indicator why they were so highly rated. This is their own swansong as singer Phil May died on May 15 this year in a tragic accident, but this is a record as good as anything he and long-time musical sparring partner Dick Taylor ever recorded.

Both men are in fine form, but with the added dimension of veterans facing their own mortality, which always gives the blues as a form that extra edge. This stripped-down acoustic format is atypical of their sound, but, despite the new challenges, May goes at it with one eye on the dying of the light over Taylor’s subtle and precise playing. Can’t Be Satisfied sets the tone perfectly as a tasty slide of delta blues before the harmonica makes an early appearance on the eerie Come Into My Kitchen, which features Dartford’s finest May singing there are ‘bound to be grits on the table’. Not in Margate mate. The less funereal Faultline smacks of modern masters of Americana like John Mellencamp or The Boss.

You will not hear a more apt and emotionally honest song than Redemption Day, which has a slightly country twang, and when May sings ‘there’s a train that’s heading straight for heaven’s gate’ it smacks you right between the eyes. It absolutely summons up the broken majesty of Johnny Cash’s version of Hurt – it is that good. The most instantly reconcilable song is the traditional Black Girl, which Nirvana covered in their legendary MTV acoustic set, but May and Taylor’s extra decades of life experience give it a much deeper resonance. To Build A Wall is the least bluesy number on here – and perhaps more typical of their sound – but it somehow feels the right way to say goodbye.

It would too easy to praise this touching and beautifully played record because someone died but that would be an insult. The Pretty Things have gone out on a creative high, and on their own terms as artists.

The quest for British blues album of the year is officially now over.