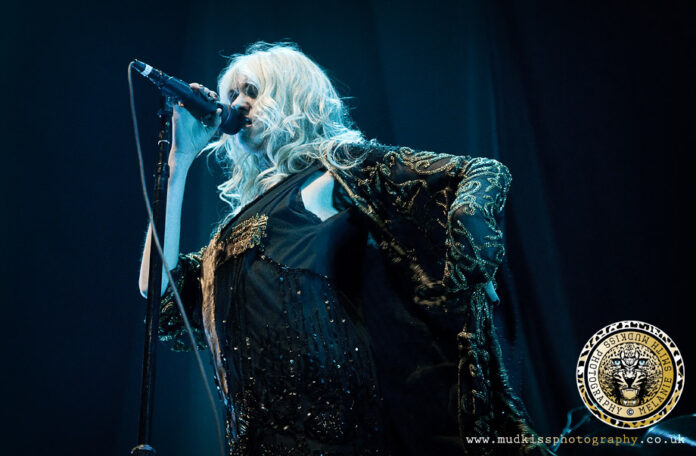 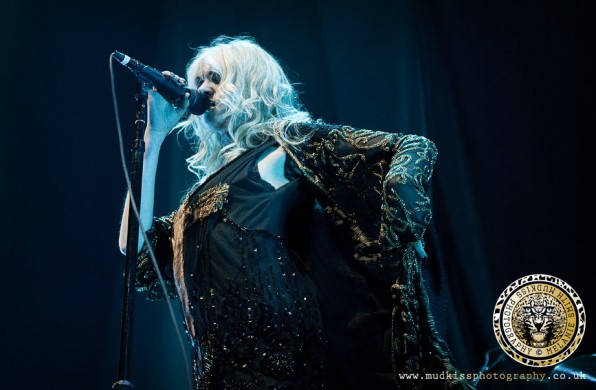 Louder Than War’s Nicky Crewe and Melanie Smith went to Manchester’s Phones 4U Arena on Monday to check out not the headlining band but rather support The Pretty Reckless. Check out their combined review below. All photos © Melanie Smith.

The Pretty Reckless shared the line up with New Politics and Fall Out Boy at the Phones4U Arena on Monday March 17th. Whilst most of Manchester was outside wearing Guinness hats for St Patrick, there was a young and eager audience in the stadium. 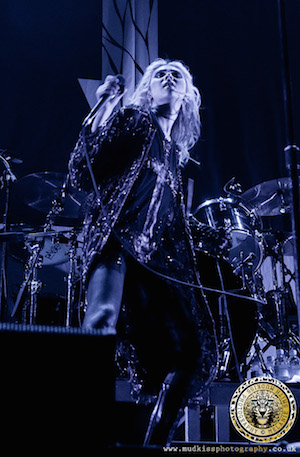 New Politics, a band from Brooklyn via Copenhagen, opened the show with energy and style. Crowd surfing, athletic break dancing and a rock ukulele number too. What more do you need? They knew how to connect and bring up the atmosphere with a big arena crowd. A great support act who should be headlining in their own right, they have supported Fall Out Boy before.

The Pretty Reckless came on next, to the soundtrack of an orgasm. Described as an alternative metal band, they come from New York City, where the girls are pretty. Certainly lead singer Taylor Momsen is pretty gorgeous. You may have seen the provocative posters of her back, advertising their new album, Go To Hell, around town.

It takes balls to be the female lead singer in a rock band. With her tousled blond hair, her black and gold outfit, and a microphone at her mouth there’s a potentially very sexual image. Flirting with the dark side, she looks like a corrupted innocent. Her fragility is at odds with her powerful rock vocals. She writes the songs too. It’s a classic combination.

There’s something of the night, something for the boys and the girls in the audience. Each song ended with the stage plunged into darkness, literally. Perhaps metaphorically too.

I couldn’t help thinking of Kylie, post Michael Hutchence. It’s hard to be pretty and convincingly dark. There’s a glamour, an allure, a danger about flirting with the devil. They do say he has the best tunes too. They played a short set of new and old material, with the audience joining in on Make Me Wanna Die.

I would have liked to have seen them in a seedy, red velvet lined club or dance hall rather than a draughty arena. A smaller venue and headline status should be the next move.

All words by Nicky Crewe. More writing by Nicky for Louder Than War can be found in her author’s archive. Photos by Melanie Smith, whose website can be found here.