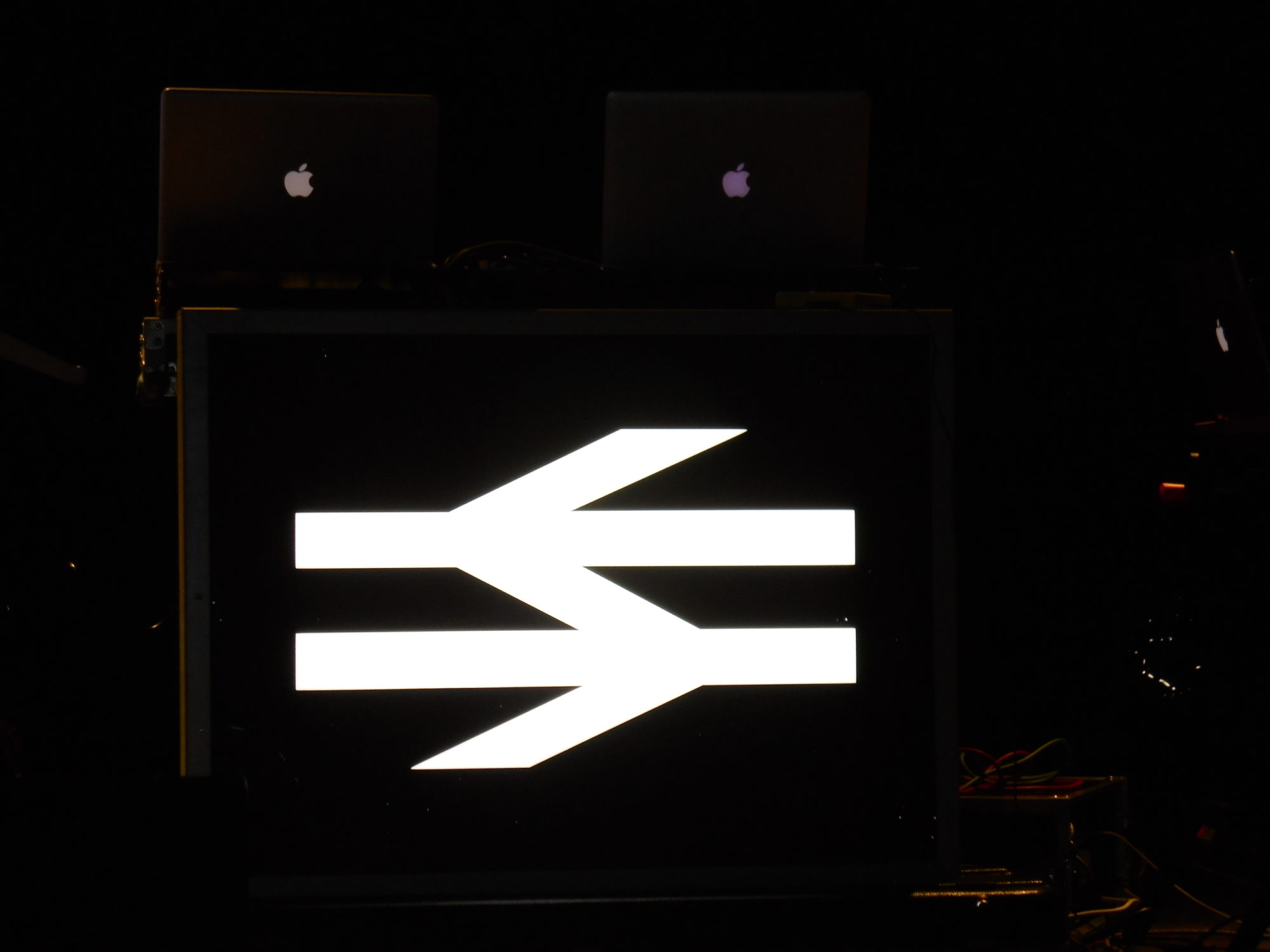 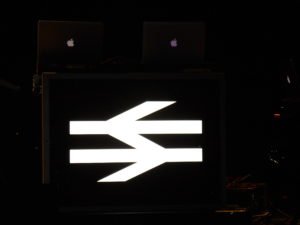 It might say more about my existence but have you ever thought something and cursed yourself for not saying it? When the Sleaford Mods first burst into life like an angry bastard in stage tights I was unsure of any obvious reference points. Then the surreal rants of Earl Brutus and their locked in a council estate pub over the holiday period show sprung to mind. That the Sleaford Mods had invited some members of their current band the Pre New to play before them seemed to make perfect sense.

This opportunity to see the Pre New was too good to miss despite the meeting of them and the sanctified confines of the Roundhouse being less of a match. Having the staff clean around people and frantically run over to sweep the floor when you pick something up seems incongruous. I have a case of the OCDs but it’s like going to a party were the host is realigning the cushions every time you lean forward. Plastering the shop with images of your counter culture history would be fine if it didn’t make the place feel even more like a museum with mop wielding attendants.

The Pre New maxim “Nostalgia Is Denial Of The Future” leaves just enough room for a wink to the past. Earl Brutus front man Nick Sanderson died in 2008 and while he could list seminal bands such as the Jesus and Mary Chain or the Gun Club on his CV the post band career of train driver seems a fitting finale. Legend has it he insisted on part of every band journey being taken by train so the illuminated British Rail logo on stage was striking and poignant in equal measure. 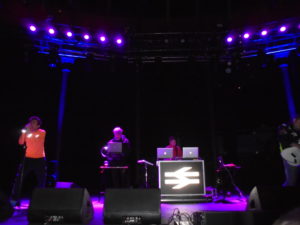 It’s nominally the task of ex Brutus man Jim Fry and his bruiser persona to act as the head of the Pre New carnival. As they swagger on stage to an intro of “Jerusalem” it is clear he is going to have his work cut out. Most bands struggle with enough theatricality to fill the back of a transit van but the spacious Roundhouse stage is struggling to contain the Pre New before they get to “The death of England, all this is beautiful” coda of first song “Cathedral City Comedown.” The “protest singer” Vinny Gibson looked as agitated as somebody who had missed their slot at the methadone clinic while the likes of “Speed Queen” featured some wonderful axe posturing as the whole band got into their menacing glam stomp pomp. 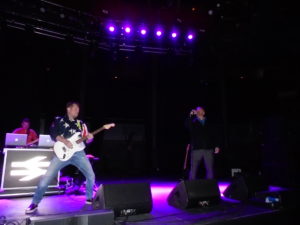 Just when I thought it couldn’t get any better a demented Count Arthur Strong lookalike grimaces and grins his way onto stage before greeting the applause of the people stage front with “Fuck off all I’ve done is put one foot in front of the other.” With the spirit of spinning newsagent signs and wreaths made flesh the majority of the Roundhouse saving their strength to stare at the Sleafords is of no concern at all.

As tonight comes straight after people voted for Trump to become President and faith in the human race was extinguished the sanest response seems to be cackling into the void. That the frustration of this stay in your place talking to people from your place about your place mentality is a big part of the Pre New artistic licence more evidence that they are ahead of the curve. All without a soapbox as the perfect soundtrack to the queasiness induced by world events are the Pre New songs where the electronic interference which makes them sound like the Chris Morris house band get most freedom.

Live with limited time and in cavernous surroundings it was the right decision to reign in the subtlety however as people can sit at home to luxuriate in it by buying the Guardian album of the week no less: “Janet Vs John” from 2015’s “The Male Eunuch” achieves the same effect as it ends the set with its “All the emptiness the guy from Elbow never sung” kiss off anyway. All together now let’s throw those curtains closed.

A knock on of some media attention seems to be Earl Brutus getting a little of the retrospective praise they deserved. My memories are of stumbling on them in a festival tent and being confronted by the Japanese Shinya whose role was to harangue the audience in his native language like the anti Bez. Shortly after I was part of what felt like performance art as a crowd which barely outnumbered the band dragged their stage set around a venue.

Anyone who wants accurate information or details of guitar tunings at these events might be better off trying to find a library. The welding together of so called high and low art with the knowledge that there is only good or bad is not new but it is a while since I have seen it done with such wit and gusto. Hail the Pre New now. 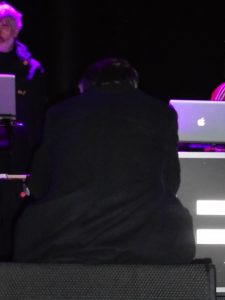