Home Blogs The power of music in difficult times 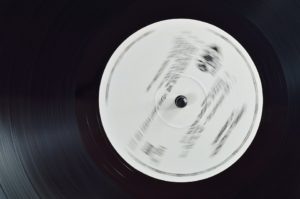 We are living through some very difficult times. Can music help us to manage our shared isolation? Dave Beer examines its potential to provide healing power at a time of crisis.

It hardly needs saying that these are tough times. It’s an understatement. The endless waves of news are hard to keep-up with, and are even harder to process. I’ve found myself limiting what I watch and read – too much of the current state-of-things is too hard to take.

It’s easy to get overwhelmed by those waves. The constant tide of anguish was proving too much for me. Tuning-out for a bit seemed the only way to manage the closed spaces of our new confinement. When trying to find ways to manage the fear and fill the newly carved gaps in my routine, I’ve been reminded of the power of culture.

During recent weeks I’ve found myself turning, increasingly, to music. It’s something I’ve always done, especially when things are hard. Last summer I spent some time in hospital. My earphones barely left my ears, even through the night. A sonic crutch. Spotify playlists were left to rumble on and on for hour after hour, providing a soothing and reassuring presence. Easing me along.

Music is always there, you can rely on it. Music never lets you down. It’s a source of hope that never dims or diminishes. It’s a constant spring of beats, sounds and living.

Those sorts of difficult times are usually very personal, we live them on our own private terms, but the current turmoil is different. Although its hardships are unevenly spread, it is shared and collective.

Music holds all sorts of powers – some of them seem even more important in the harshness of the troubled times we face. Many of these powers are obvious. But music is also enigmatic, affecting us in different ways, many of which are hard to articulate.

Music is, of course, a great source of escape and distraction. It allows us to get away from things. It can guide our attention from our preoccupations and toward something else, letting us, if only for a short while, settle or set-aside our worries.

At the same time, music isn’t simply escapism, not always anyway. Music doesn’t stop us thinking, instead it gets us to reflect; about other places, other things, other times, other experiences, it transports us to other moments. Music is full of thoughtfulness. It might get us reflecting on our own lives and our own pasts, but it can also provoke thinking about alternatives or push us towards different ways of seeing things. When we escape into music, we don’t just escape into nothingness, we escape into new spaces and new vistas, giving us fresh angles on old problems. And so the power can last beyond the end of the song – we have been taken away from one mindset, to something totally different.

This isn’t just about lyrics or even sounds, and it isn’t just about the memories we associate with certain songs. Those things are all vastly important, but we can also get lost in the rhythm itself. It’s like getting wrapped-up and drawn into the sound waves and their repetition. A couple of days ago I found myself distractedly listening to a distant neighbour playing their drum kit. The beat took me away for a moment. Just a simple beat, but I was lost in it.

Mostly though music is an emotional thing. In her brilliant book Music and Everyday Life, Tia DeNora explores the emotional connections people have with music. It can be used, DeNora found, to shape the way we feel and to trigger emotional responses.

There is a kind of emotional energy in music. Its full of feelings that we can be inspired by and which can impact and shape how we feel. Anger, sadness, frustration, determination, positivity, whatever it might be, it is wrapped in the music. We can call on music to reflect how we feel, or use it, inadvertently or not, to make us feel certain ways.

Music allows us to cut ourselves off, enabling us to be shut-off and closed-in by the sounds. Here the music shields us from the world around us. Like a blanket. Whilst at the same time it also opens us up to possibilities, community and new ideas. Music both gives us the world and filters it, partially at least, when we want it to.

You might have seen that Tim Burgess has been hosting Twitter listening parties. A simple but powerful idea. A record is chosen and everyone plays it at the same time. The artists who created the album join in, discussing it with listeners on Twitter. Knowing that other people are listening at the same time makes it feel like a shared experience. An imagined collective is conjured despite the isolation. The massive reaction to these online events suggests that people are turning to music for support. It also shows how music can provide a focal point for some sense of community, even when we reside in our forced separation. There are many of others who are using social media and video platforms to share music, participate, perform and promote some collective listening. Music is acting as one focal point for our newly found platform based living.

Everyone who reads Louder Than War will already know the power of music. It seems to me that that’s what this site is about – people sharing thoughts and ideas about sounds that catch their imagination. I’m going to keep a close eye on Louder Than War and other music sites and magazines over the coming weeks. They can help to find new listening avenues and can help to build a soundtrack of both the familiar and the unexpected. Finding a soundtrack can be a lone task, but it can also be communal. Sharing music that we discover and that we think others might like could be important.

It can’t solve things, but music might help us to cope. Maybe. It might give us a sense of there being a world out there, even if we can’t experience it. The rhythms and keys of life continue in songs, ready for a corner to be a turned. 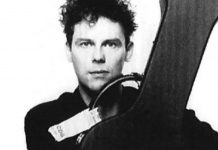 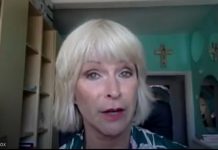 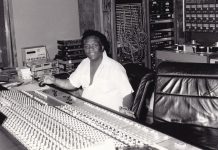 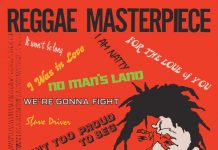 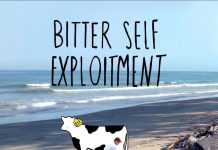 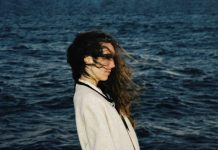 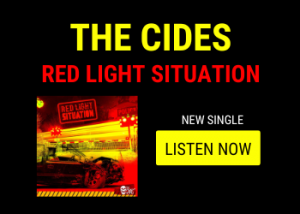