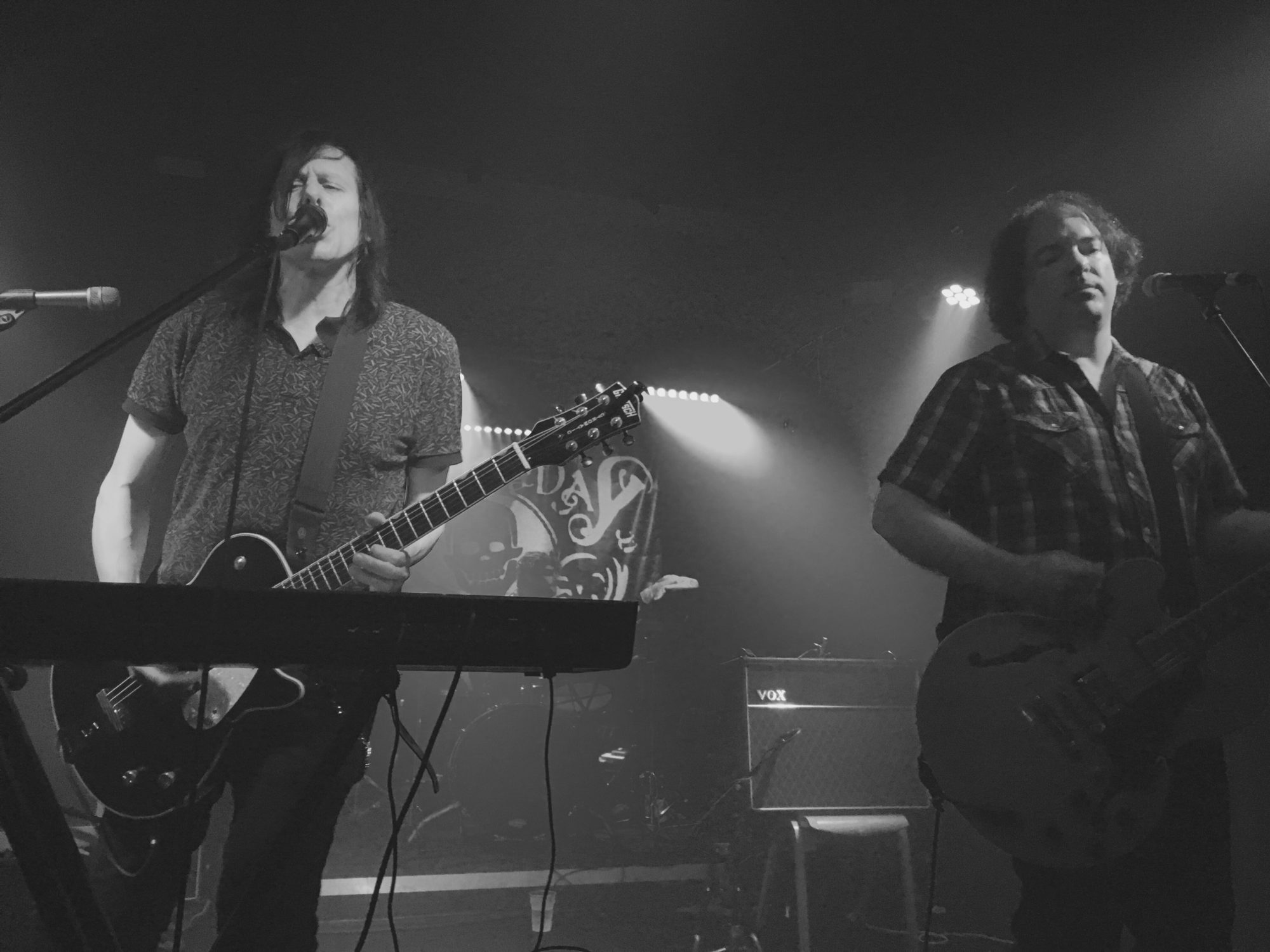 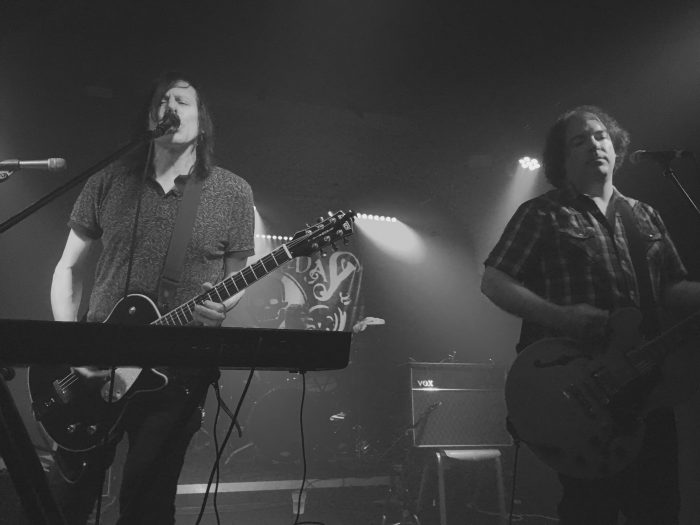 With renewed live zest and an adventurous new album behind them, Seattle stalwarts The Posies made their first Manchester stop in over a decade, blending their forward-thinking fervor with some old-school classics. Sam Lambeth wouldn’t have it any other way.

Support band The President Lincoln aren’t afraid to address the elephant in the room. “You guys must have spent a fortune in babysitters tonight,” they chuckle, as a slew of middle-aged musos mingle. The six-piece do their best to betray the room’s demographic, however, getting the atmosphere pumping with their music, which combines a warped ’90s jangle with a more idiosyncratic edge. ‘Thoughts & Prayers’ and ‘This Could Be Our Country’ both have the baroque ache of The Decemberists, while the more rocking ‘…Progress’ has the skewed indie of Built to Spill.

“Most of the stuff you’re going to hear tonight is new,” addresses The Posies‘ co-founder Ken Stringfellow, as the three-piece take to the stage to a bulging Manchester crowd. For some audiences, this would be a crushing caveat, but when it’s a band as literate and lively as the Seattle veterans, it’s much more appealing – since they last played Manchester they have released three acclaimed and ambitious records, each one covering more fertile turf. They begin with the propulsive rocker ‘We R Power!’, an Attractions-esque keyboard line getting bulldozed by a spiky guitar riff, which then bleeds straight into the more introspective ‘Unlikely Places’, led by Jon Auer’s hushed howl and a plodding motif.

With their long-awaited record Solid States, The Posies have continued an appealing third act in their career, and their sense of pride, ambition and renewed vigour is evident as they effortlessly display its intricate qualities – the Auer-led ‘March Climes’ and ‘Titanic’, which Auer emotionally dedicates to the band’s tragically deceased drummer Darius Minwalla, are shimmering slices of atmospheric pop-rock, with enough of a fuzzy edge to propel them, while Stringfellow’s polemic ‘Squirrel vs. Snake’ soars with biting abandon.

The band’s frontmen are typically great hosts, and they’re also not afraid to dust off the classics – ‘Dream All Day’, one of their most-loved hits, is deployed early on in the set and its crackling yet calming fizz gets the adoring crowd singing emphatically. The anguished, urgent shards of ‘Please Return It’ has Stringfellow, whose jet-black locks and Topman-esque accessories make him resemble Noel Fielding’s older brother, launching into his trademark stage leaps, while the more contemplative ‘Throwaway’ aches with wistfulness. The Death Cab-style ‘The Glitter Prize’ and the extended thrash of ‘Burn and Shine’ show the trio’s eclectic tastes, while ‘Any Other Way’ and ‘Solar Sister’ are clear reminders of the band’s knockout choruses and melodic sensibility.

On the surface, it might seem The Posies are a mere transitory interest for the mega-busy Stringfellow and Auer, but their Manchester date is a sterling reminder that, musically-speaking, they’re never going to stand still.