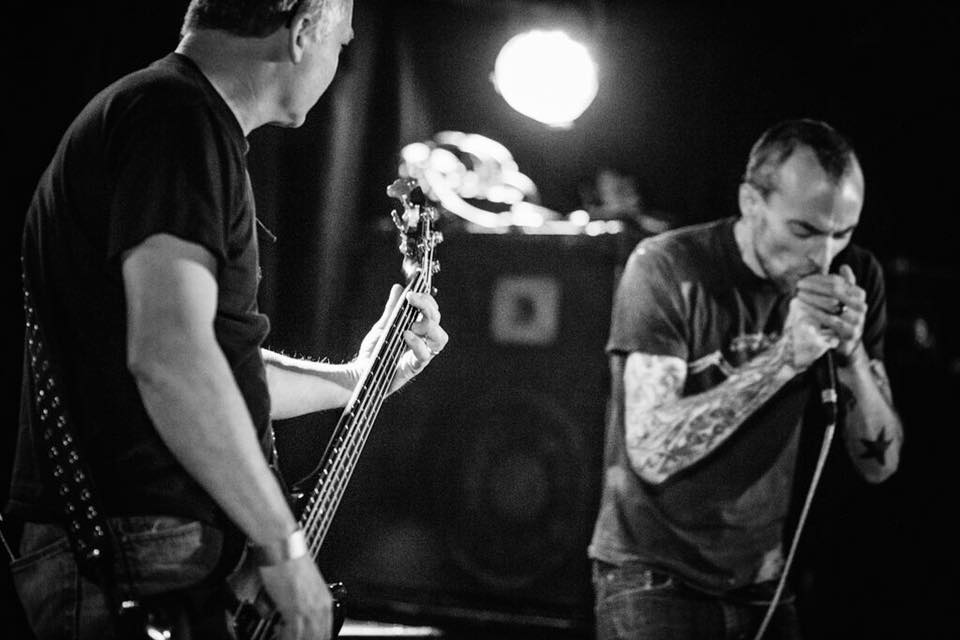 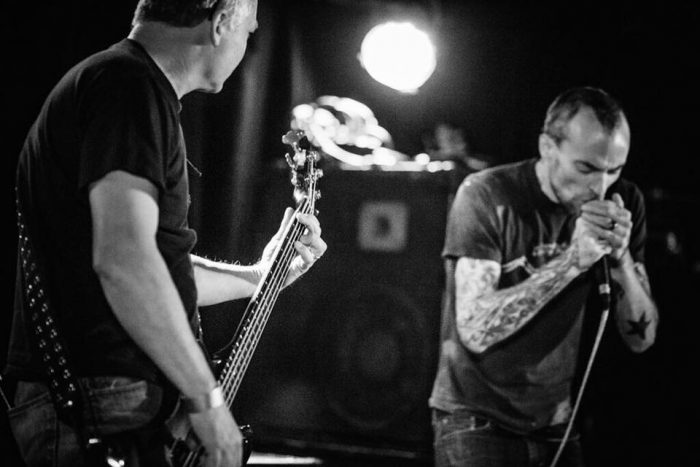 The Poisoned Glass are a collaboration between two ex-Burning Witch members, G. Stuart Dahlquist and Edgy59. They are making their UK debut with material from their new album, ‘Ten Swords’, playing only two UK shows (London Desertfest & this one). For anyone who loves the ambient doom of SUNN O))) this is one of those shows not to be missed.

Support tonight comes in the form of one man band, Salope. Gareth Turner, who is one half of The Big Naturals & Anthroprophh brings his ‘big, fuck off’ double bass and marshalling it through numerous pedals creates a massive palette of sonic noiseness. Wearing a black mask partly covering his face, deep dark bass notes collide with scratchy high flourishes as he tends to his bass with his bow. It’s experimentally consistent as Turner lets the bass ring, playing with the fx boxes riding his amp. I can’t see exactly what he doing up there but he is definitely enjoying fucking with us as he makes each tone he creates react to his will. Free form and fluid, Salope manage to keep me transfixed and amazed. 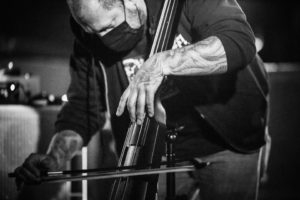 Next, Berlin-Based duo Shaddah Tuum takes things in a decidedly esoteric direction. Together since 2013, collaborators Nicolas Lefort and Brandon Rosenbluth produce electronic industrial drone techno with an enlightened lilt. Tonight is their debut UK show and despite Lefort’s absence, Rosenbluth sets the tone with his bells, gong and mystical attire (big hat, beard & kaftan). It’s a confusing set where most of the music played comes from his laptop not ‘live’. The production of their ‘Techno Drone’ is amazing to hear over the big PA but with Rosenbluth acting as more of a conductor than creator here, it feels as though something is missing from the ‘live’ performance. 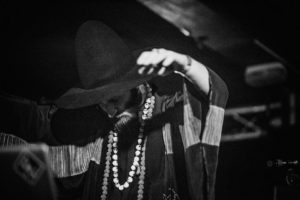 As soon as the Poisoned Glass take the stage, the atmosphere changes in the room. Behind his bass guitar, G. Stuart Dahlquist’s imposing size is in stark contrast to Edgy59’s slight, haunched over frame. Both beat the drum sitting centre stage as they add brooding bass note stabs and tense cinematic keys. Within this minimal foundation, Edgy59’s vocals cut through with a cold intensity. Ferocious incantations spit from his mouth as they perform, ‘Toil & Trouble’ and ‘Verbatim’ from the new album. Dahlquist sways back and forth, coaxing each wretched descending bass note from the amp behind him. 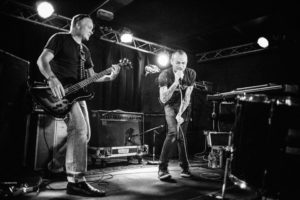 It’s an immersive experience as the music moves like an ocean over you. The anguish and turmoil that their music evokes is frightening to behold, and feels as though your descending into the circles of Hell with demons for company. Despite this, there is cathartic quality that leaves you exorcised.

All pictures by Rebecca Cleal. Visit her website here.