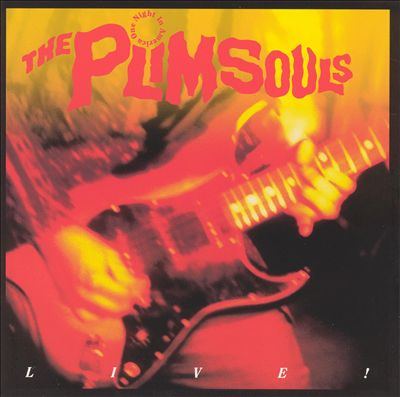 The Plimsouls – The Live Albums (Alive)

Probably better known in the US due to their apperance in 80’s cult movie “Valley Girl” starring Nicolas Cage, the Plimsouls were an exciting live album that failed to transfer the power of their live shows on tape . A series of posthumous live albums have shown to a wider audience how good they were. Louder Than War’s Craig Chaligne reviews them.

The Plimsouls were one the best bands to come-up out of the Power Pop movement that started in California in the late seventies-early eighties. Formed in 1978 by Peter Case after the demise of The Nerves, the band quickly became of the most popular live acts of the Los Angeles area. They released 3 LP’s, two during the original lifespan of the band : The Plimsouls and Everywhere At Once and one when the band reformed briefly in the mid nineties : Kool Trash. Although full of good songs , they failed to transmit the energy of the bands live shows The band went their separate ways in 1985 with Peter Case carving a successful solo career. “One Night In America” was first released on Vinyl in 1988. Recorded in Cleveland circa 1982-1983, it is the definitive Plimsouls recording. The band is at the perfect stage where tightness hasn’t translated into professionalism. The songs swings, the guitars  roar and Peter Case sings like there is no tomorrow. Divided equally between covers and originals, the band cherry picks its best songs (“Hush Hush”, “Million Miles Away”, “I’ll Get Lucky”, “How Long Will It Take”) and churns out excellent versions of songs by The Kinks (“Come on Now”), Marvin Gaye (“One More Heartache”) or The Outsiders (“Time Won’t Let Me”).

In the liner notes to “One Night In America”, Peter Case hinted that there were other live releases to come from the vaults so I sent an email to Oglio, the label that had re-released the album on CD  to see if anything was scheduled but I got a reply saying that despite that announcement nothing was on cards yet. Fast forward 3 or 4 years and we finally got an announcement from Peter Case saying that a new live album would be released, titled “Live, Beg, Borrow And Steal” and featuring a whole show recorded on Halloween Night 1981 at The Whiskey-A-Gogo in Los Angeles.. Even if the band seems a little stiffer than on “One Night In America”, “Live, Beg, Borrow And Steal” is still an excellent album. It features quite a few songs from their first LP and an excellent version of  “Lost Time” which also features in the video below.

It’s an extract of a show recorded for the French television show Chorus in 1982 and showcases an excellent Eddie Munoz solo. There’s quite a few songs that overlap between the two recordings (7 in total) but it’s still an essential purchase for any Plimsouls fan.

After the release of  “Live, Beg, Borrow And Steal” , I wasn’t expecting a new release to come out of the vaults but we got a final one with “Beach Town Confidential”, recorded at The Golden Bear Club in 1983. The rough edges of “One Night In America” and “Live, Beg, Borrow And Steal”  have been trimmed and the raw enthusiasm has been replaced by professionalism. As with all previous Plimsouls live recordings there are quite a few covers, highlights of which are fantastic versions of “Fall on You” and “Making Time” (originally recorded by Moby Grape and The Creation). There’s also a really good original Plimsouls song called “Who’s Gonna Break The Ice” that was never recorded in the studio. The legendary Fleshtones make an appearance as do the Williams Brothers. Peter Case considers this release to be the best Plimsouls album. It is excellent but ONIA still has the upper hand. The band toward the end of its life seems to have toured with a small horn section but no recording of that era subsists unfortunately. “One Night In America” is currently out of print but “Live ! Beg, Borrow and Steal” and “Beach Town Confidential” are available from Alive with extensive liner notes and some great unreleased photos.

There is no Plimsouls website but you can find some info on the band on Alive’s website. Peter Case has an official website where you can keep up to date with his touring schedule and news: petercase.com.

All words by Craig Chaligne. More writing by Craig on Louder Than War can be found at his Author Archive.