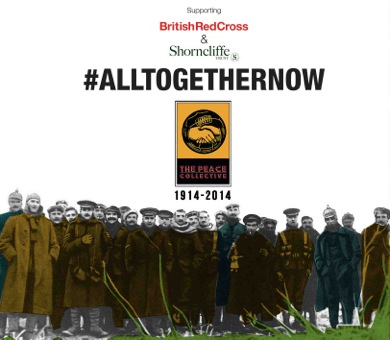 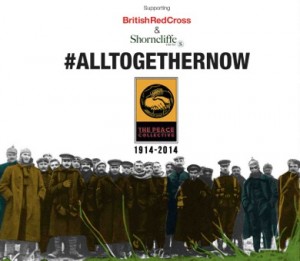 The new single All Together Now by The Peace Collective is now available to purchase on CD and download. Twice a Top 5 hit for The Farm (in 1990 and in 2004), the song has been re-recorded by a host of music stars to mark the 100th anniversary of the Christmas Day Truce during World War One. All profits from the release will go to the British Red Cross and the Shorncliffe Trust.

The British Red Cross helps people in crisis, whoever and wherever they are, forming part of a global voluntary network, responding to conflicts, natural disasters and individual emergencies. They enable vulnerable people in the UK and abroad to prepare for and withstand emergencies in their own communities. And when the crisis is over, they help them to recover and move on with their lives. https://www.redcross.org.uk

The Shorncliffe Trust is building a national education centre and heritage park in Kent. Its primary focus it to tell the story of the social impact that military life has on the men that serve their country, their families, their communities across the country and those that were left at home. This will be done by also preserving the onsite original WW1 training trenches, barrack houses, and the war horse stables. https://www.shorncliffe-trust.org.uk