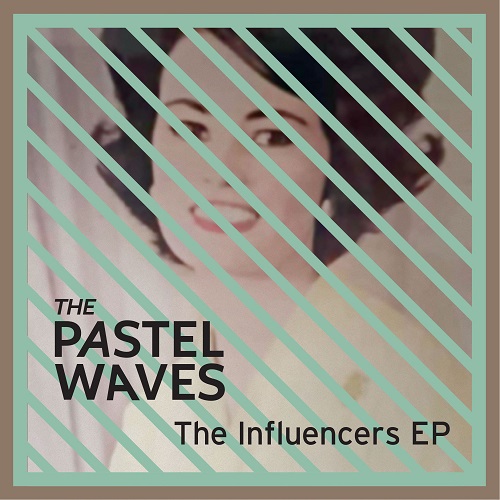 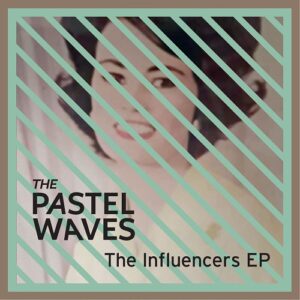 The Pastel Waves: The Influencers

Made up of various Medway bands, The Pastel Waves have come together to write an EP that spans the decades of their record collection, drawing on influences from the new wave of the 70s, through 80s indie and into Britpop.

The band kick off the EP with, quite aptly, Starts Right Here, a classic-sounding song that rides along a grooving bassline, just the right amount of psych shoegaze meeting the slide out of post-punk and into 80’s indie. The lyrics, with vocals gliding over the top, focus on how the vapidness of celebrity culture hold nothing over the simple pleasure and power of picking up an instrument and creating, the power of music to overcome the mundane, a pure escape. They follow it up with I Wasn’t Convinced, which brings to the fore more of the jangle-pop indie that permeated the 80’s, with added simple almost doo-wop vocals in the chorus. Straight and to the point, short and sharp, done and gone before you know it as it crashes out and into the woozy Freak Show.

It’s here where the band demonstrate that they are not singing from just the one songbook as the track juts, fits and starts. It’s chaotic on the surface, ideas crashing up against each other. They close off with Late September. The band are more downbeat, reflecting the search for optimism in grief that comes through in the lyrics. While it’s a drop back from the other three tracks, the vocals continue to add a sense of hope.

Following on from their previous releases, the 2019 debut album All Things To All People and last year’s EP I Hate Myself For Wanting It, The Pastel Waves continues to, well, make waves with this EP for Spinout Nuggets. There’s nothing new on show, but how often is there ever really? There’s stock in a feeling of nostalgia that flows through the songs, all of which are strong in their own right.

Their EP is available here from Spinout Nuggets.