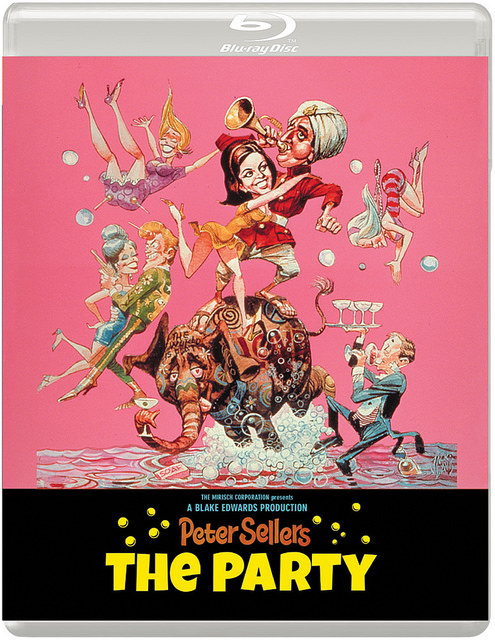 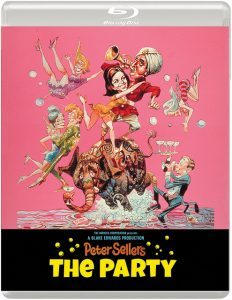 Jamie Havlin takes a look at a cult comedy from the 1960s starring Peter Sellers.

Director Blake Edwards will always be best remembered for Breakfast at Tiffany’s and The Pink Panther but many insist that The Party is his finest work. Surprisingly for a director with such mainstream appeal, this film was among the most experimental ever made by any Hollywood production studio at the time of its making.

Peter Sellers plays Hrundi V. Bakshi, a disaster-prone Indian actor attempting to make a breakthrough into Hollywood. And I should point out that Sellers is made up to look Indian, so if this type of thing offends you, then avoid.

Bakshi is highly likeable, always polite and eager to please, but he also has the capacity to unwittingly create mayhem wherever he goes. Yes, like Inspector Clouseau, this man is a klutz of the highest order.

The Party begins on a shoot that ends disastrously due to Bakshi. He’s ordered off the set by the director and warned that he’ll never make another movie but due to a mix-up, instead of being filed next to a list of blacklisted actors, his name mistakenly ends up among the invitees for a grand party organised by studio mogul General Fred R. Clutterbuck (J. Edward McKinley) for his wife.

This gathering will take up over ninety percent of the movie with much of the action and dialogue being improvised on the day, the short script written by Edwards serving only as a loose framework.

Sellers and Edwards both grew up admiring the great silent-era comedians such as Chaplin, Buster Keaton, and Laurel and Hardy and their influence here is easy to spot. In fact, Edwards has called The Party ‘a homage to the silent era.’

Despite falling out with one another on the Pink Panther sequel A Shot in the Dark, Edwards believed that Sellers was the only star actor who could really pull off the role and he was probably right.

Perhaps sometimes underrated as an actor today – despite his stunning turns in Dr. Strangelove and Being There – Sellers puts in an outstanding physical performance throughout the length of The Party, demonstrating why he should be considered one of the great comedic talents of the second half of the twentieth century. And Steve Franken excels too as the sozzled waiter who serves more drinks to himself than he does to the guests. 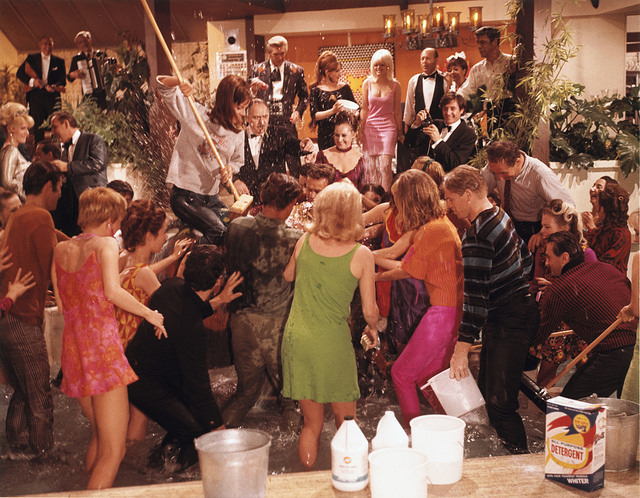 Clearly the film is culturally insensitive by the standards of today, but it did prove very popular in India at the time and Indira Gandhi liked to quote Bakshi’s line: ‘In India we don’t think who we are, we know who we are!’ It’s also definitely dated in other respects too – the ending is more than a little Austin Powers – but it does prove infectious and provides plenty of laughs along the way.

Extras include The Party Revolution – a video piece on the ground-breaking filming methods used in the film’s production and Inside The Party, a behind the scenes look at the making of the film.

More on the movie here