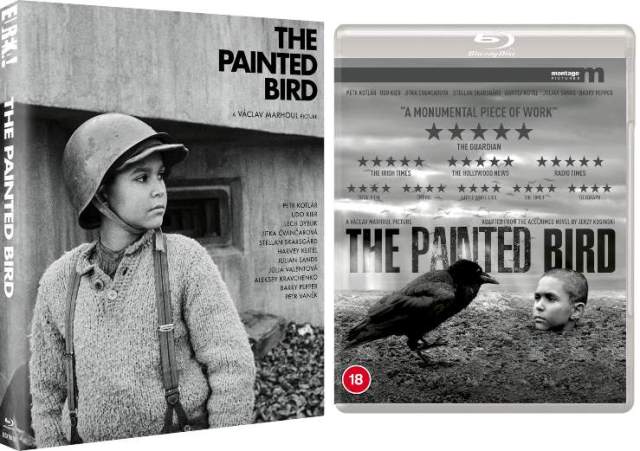 Jamie Havlin takes a look at one of this year’s most talked about films – an award winning adaptation of Jerzy Kosiński’s controversial novel.

There’s divisive and then there’s The Painted Bird. This is a film that has been greeted by lengthy standing ovations at international festivals. And also by boos and walkouts – some within minutes of its opening credits. It does contain many absolutely harrowing scenes and if you can’t bear to watch cruelty, then I may as well tell you now: this isn’t the film for you. I’ve watched Salò, and the sadism on display here is comparable in its power to disturb as Pasolini’s infamous final work. 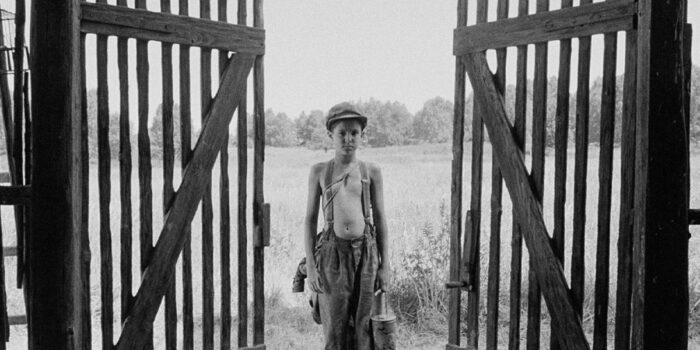 Out of breath, a boy runs through a forest clutching a ferret. He’s being chased by two other youngsters. Once caught, his pet is grabbed off from him, urinated on and then set alight. In flames, it runs hopelessly around in a circle, letting out a shrill squeal as it does so.

When the boy returns home, he is chided by his elderly aunt who he is temporarily living with. She claims it was his own fault for venturing out alone and orders him to polish and shine his boots. Soon, she dies. Discovering this, the boy drops an oil lamp which sets fire to the wooden floorboard. Within seconds, the entire cottage is up in flames. He sleeps outside.

Set in Eastern Europe during the Second World War, The Painted Bird follows the journey of this unnamed, Jewish boy, played by Petr Kotlár. He travels to another village, and his luck is even worse. The superstitious locals somehow get it into their heads that he is in league with the devil, a vampire, according to one old woman, who is presumed to possess healing powers. She buys him anyway as a slave and forces him into a daily existence of hard labour on her behalf.

When he falls ill, she buries him up to his head in the ground. As he awakes the next morning, we hear crows cawing. A half dozen or so of them surround him. In one of the most grotesque scenes in cinema history, they begin pecking at his head until rivulets of blood snake down his face.

I did warn you this was disturbing stuff.

The next part of his journey sees him being taken in by a miller, played by Udo Kier. This man’s much younger wife gives the boy some clothes that belonged to their son, who has passed away. This infuriates the miller. He beats her savagely. But this is nothing compared to the violence he inflicts on his stablemate, who he suspects might be carrying on an affair with her. 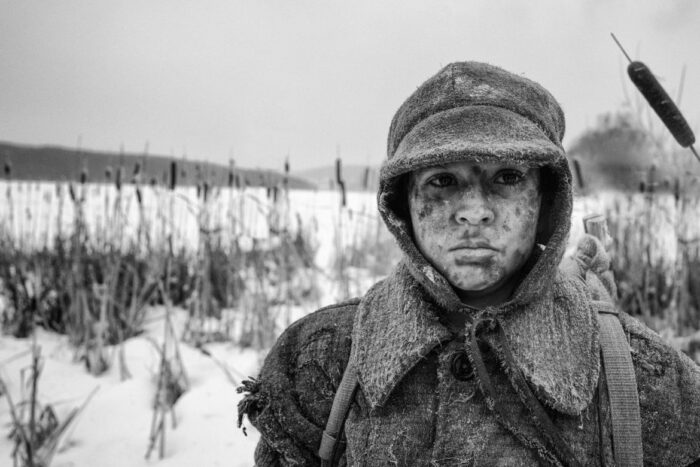 The film is almost unremittingly bleak, but there are just a few moments where kindness is in evidence. But even when the boy finds a place to stay with Lekh, a decent man who keeps birds, he is taught a horrible lesson when Lekh daubs white paint on the wings of one bird and frees it to join a passing flock.

These birds of a feather are unwilling for any bird with different coloured wings to join their numbers. It’s instantly attacked, ripped apart and sent plummeting to its death. Standing out from the crowd can be dangerous, and the boy’s Jewishness in this part of the world can be seen as the equivalent of the bird’s painted wings.

Exploitation is never far away. Harvey Keitel plays a well meaning priest who sends the boy to live with one of his parishioners, a man called Garbos (Julian Sands). Garbos is a paedophile. This episode ends with the boy being thrown into a blackened cesspit to drown.

A young and very sexually frustrated woman allows him to live with her. She has ulterior sexual motives for taking him in too. By this point, watching on has become a real endurance test, not that there was a chance that I wasn’t going to stay with the film till its end credits. It’s consistently moving, beautifully shot in crisp black and white 35mm and the cinematography is stunning. The acting is uniformly pitch perfect.

And I desperately needed to learn the eventual fate of the boy.

Special features include 11 Colours: The Making of ‘The Painted Bird’ [125 mins] – a behind-the-scenes look at the incredible 11 year process it took director Václav Marhoul to create his version of Jerzy Kosiński’s novel and a collector’s booklet featuring an essay on the film by Jason Wood [1000 copies].