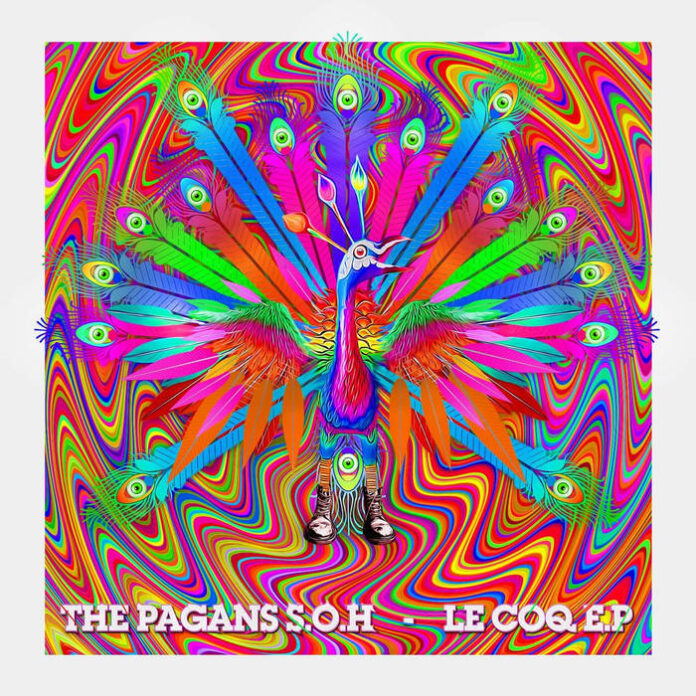 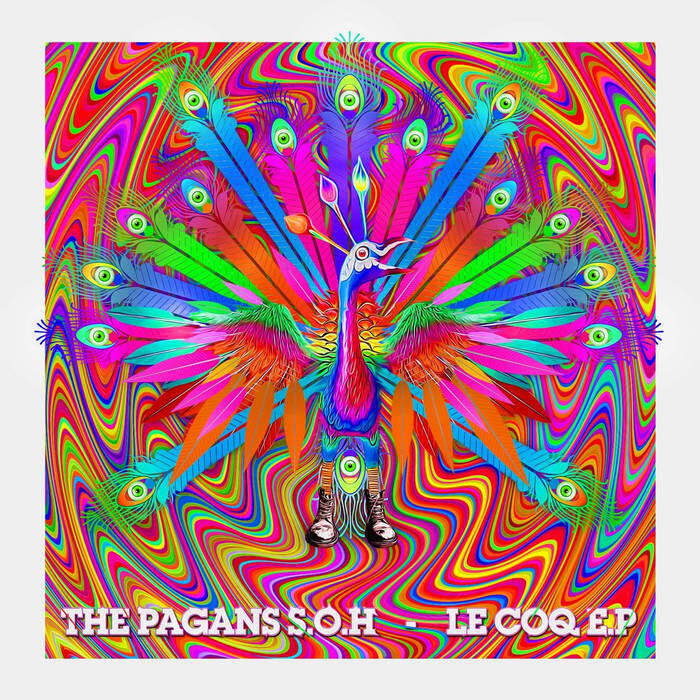 Louder Than War favourites The Pagans S.O.H. finally arrive with their first physical offering for Rare Vitamin Records in all it’s psychedelic trip inducing glory. While not being a new release (barring live favourite Cocky), it’s a prequel EP for their next offering which arrives in the autumn and a taster of their well documented (by LTW) rise. Wayne AF Carey reports…

Back in December 2018 The Pagans S.O.H. released on of the best debut singles of the year with the brilliant Banananah which I reviewed here exclusively after being blown away by one of their early gigs back at The Castle. Since then they recorded another video in June 2019 with the ever evolving photographer / video guru Paul Husband, who roped Manc legend Shaun Ryder into the mix for a seedy pub scene on the excellent Pagan Pilgrimage which yours truly duly reported on here. Then the shit hit the fan. You know the deal. I was invited to a haunted location for Halloween to record the band doing a bit of ghost hunting. That never happened yet they did release another cracking tune post lockdown 1, The Pagans Are Alive as a kind of comeback (reviewed here). Lockdown 2 happens. Leap forward a year and they hit us with the funky as fuck The Emergence Of Forgotton Power (reviewed here), another early live favourite of high quality. The debut EP is a catalogue for the fans of their cruelly stopped short launch into the big time, which is now about to explode with lots of live dates and festival appearances to tackle, getting back on track. That’s enough from me. Read on…

The Pagans have taken the decision not to release this EP on Spotify and instead will only release it on limited edition CD’s, Cassettes and on Bandcamp.

The band have explained their reasoning behind this decision:

“It was about time we gave our fans some music to actually hold in their hands and take possession of. Spotify and so on have taken the physical element of music ownership away, in so many ways, so we’re keeping this one back for the fans. We also need to make some money!”

The Pagans S.O.H. are a four piece band from West Bromwich made up of  Marcus Lesycsyznski-Hall on Vocals, Daragh Guest on Guitar, Conor Hodgkiss on Drums and Nathaniel Hellier-Allport on Bass.

One listen to the Le Coq EP and you’ll be drawn into the funky psychedelic, rocking world of The Pagans S.O.H. The band effortlessly combines elements of punk rock energy interspersed with classic melodies, a psychedelic edge, and  indie-rap rhymes … you could be forgiven for thinking this is some kind of musical madness, but believe us it works! They’ve successfully combined elements of everything they love into one big melting pot and the result is a delectably delicious new wave genre of something which is  fresh, vibrant and beyond exciting!  They’ve produced a brand new genre of genreless music and they’re mightily proud of the fact. Indeed they’ve made no secret of the fact and have said that they love it that they can’t be pigeon holed. They’ve had previous press comparisons from the likes of The Red Hot Chilli Peppers through to Prince! There really is no one else like them around.

The EP cover artwork was designed and created by Pablo Fiasco.