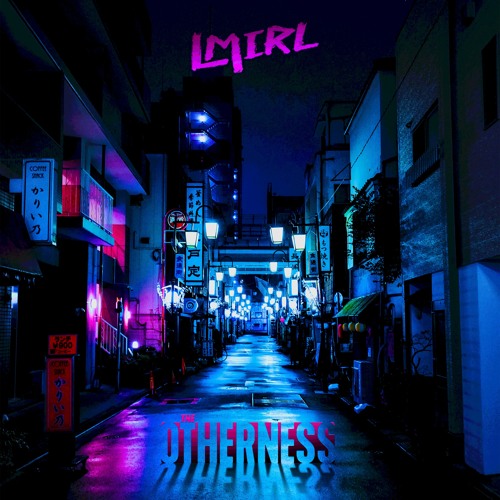 Patagonia’s, and maybe South America’s, greatest band, The Otherness, release their long-awaited debut album, LMIRL. It’s an acronym for Let’s Meet In The Real World, and espouses the bands desire to get back out on the road after the pandemic curtailed all shows. Now based on two continents, in Berlin and Buenos Aires, The Otherness, originally formed by Martin and Gonzalo, who began playing with drummer Pablo in 2010, have recently been joined by Nico on lead guitar, who adds some great, heavy guitar licks to an already cool combo. The album was produced by renowned producer Gaspar Benegas in Buenos Aires, who has helped develop their sound into a perfect collision of pop sensibilities and cool rock. It’s the Beatles meets Ramones, and the Beach Boys crashing into Nirvana.

It’s a great debut album that, like musical magpies, raids the history of pop and rock through the decades but adds their own modern take to create an uplifting experience in these dreary times, but with lyrics touching on human relationships, gun violence, corruption, climate change, pop culture, sexism-feminism, social media, addictions, mental health and freedom of expression, it can be thought-provoking too.

Opening with lead single, Few For The Stew, it’s a heavy drum beat opening with catchy, cool riffs and motifs with a rough edge over the beautiful melodies. Fix and Fuss has layers of grunge, guitars bouncing off each other and a great rhythm that is reminiscent of Beatles circa White Album. She Feels The Soul has a great blues riff that would have the most reticent crowd dancing, whilst Feedback Calling has a 50s style to it.

A rockabilly beat gives Bit of Fun that driving down a long highway feel, hood down and stereo blaring. Give That Face is heavy blues with a very cool bass riff, whilst Quarter To Nine is a great sounding ’50s/’60s tune. The Roundabout has marvellous melodies and catchy hooks with a perfect 60’s pop sound, and a modern edgy guitar. Your Carnival has a similar rock/pop sound and I Bet He Knows is in a doo-wop style with intricate guitar work. Isn’t It Amusing, the second single off the album, has Beach Boy harmonies and a light touch. Final track, Gotta Go, has a more complicated riff and beat, showing off the skills of the players.

LMIRL is a real breath of fresh air that conjures up the glory days of rock and pop. It’s an album that is a love letter to American and British rock and pop from the ’50s and into the ’90s but with that special twist and unique approach that The Otherness bring to their music.

They will be touring Europe throughout October and into December.