Home Blogs The Otherness is touring UK and Europe: never ever underestimate the kids 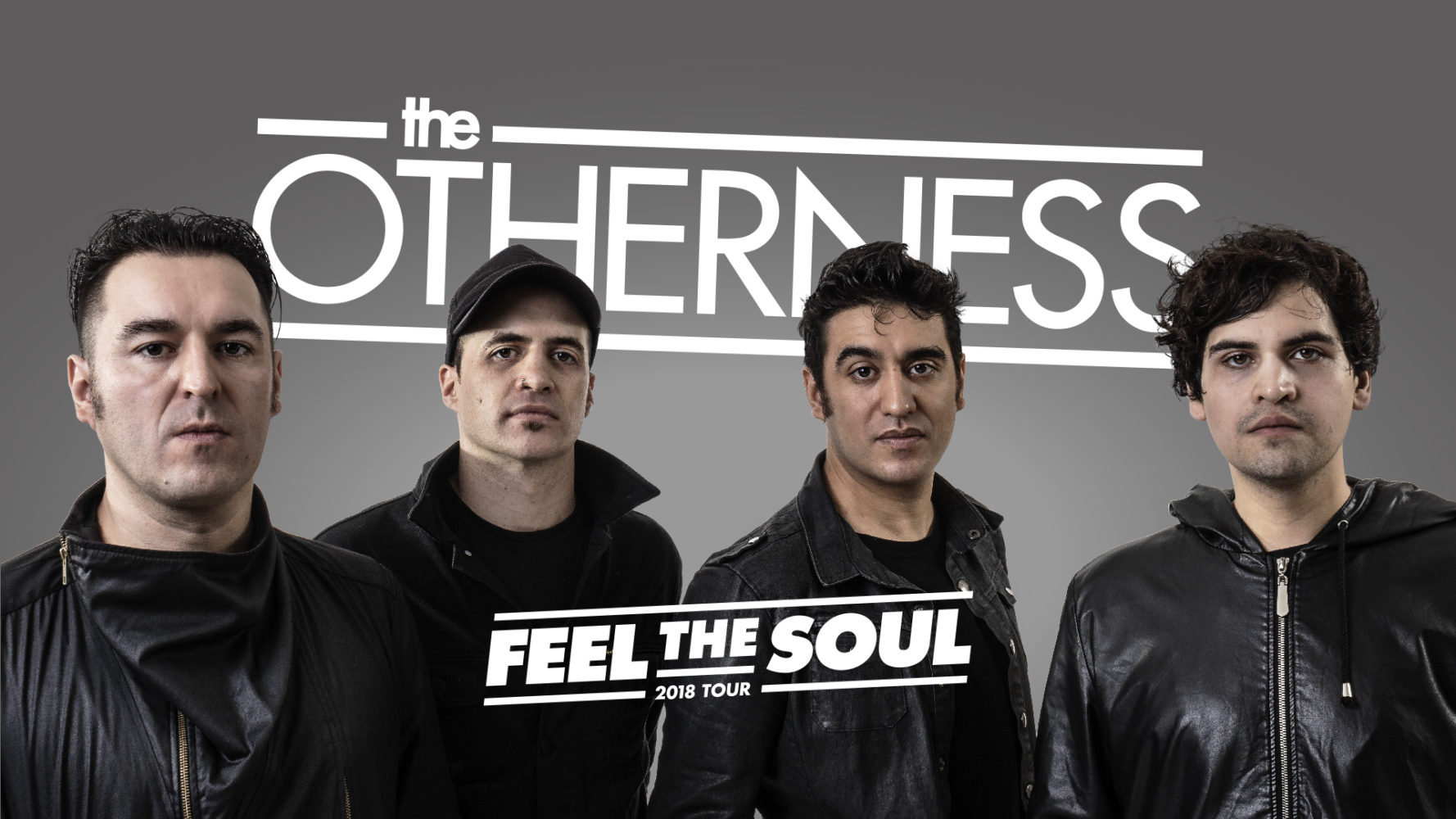 We do agree on the fact that people all over the globe are entangled in a daily life of concerns and stress. Of course we also agree on the fact that no one needs a rock and roll band to save the world. Anyway, when it comes to music some certain things cannot be ignored.Music has always mirrored society: violence, greed, injustice, superficiality; love, beauty, peace, empathy, trascendence, meaning. In the end, these are the expression of a matter that is merely energy condensed to a dynamic vibration. One we are experiencing subjectively among the sum of consciousness that interacts in Being – just like music, artists, industry and audiences. Melody, harmony, rhythm and lyrics (optional).

Why do some people say that kids don’t care about rock music anymore? Needless to say that Billboard charts and stats prove them to be right about it. On the other hand, do kids know what they want and freely choose it or do they just consume what’s served to them, like fast food menus, algorithms and the entertainment dollar right there in the shape of a hook the industry pros designed since Elvis shook his hips and companies and agents turned black music ecstasy into a white profitable enduring success? Let’s be clear about this: Never ever underestimate kids. They may not know exactly what they want but it is their freshness and naivety that instinctively react to that which is different, new and might change the present life of pop culture.

So far we have witnessed proof of the fact that rock music is not resonating in as big a radius as it could. Kids can easily notice it. Isn’t it obvious that kids now associate guitar music with the likes of their dads and the 90s generation filled with depressing, loud, dense-tense vision and sounds? Kurt Cobain himself put it down in words, encapsulating this very point many years ago: “Teenage angst has paid off well, now I’m bored and old” and he also felt cool enough to wear a “Grunge is Dead” 1993 handmade t-shirt… In the 00s, indie rock guitar music was scattered with bands who loved and were influenced by Nirvana, but mainly by their Velvet Underground side instead of The Beatles’ one. There is no need to mention those bands, they are still around and doing well enough for nostalgic people, and X rebels part-time corporative family men and women, part-time “I hate Trump”, auto-tune, social media passive-agressive revolutionary techno-politicians. And the tickets are expensive… but that’s another question.

How do you prefer to connect through your emotions? Here’s the thing. NIRVANA was an extraordinary purifying catharsis, but once we are empty like a void, then what? Ask any kid, teen, tween, boy, girl, trans, dog, parrot, artificial intelligence tony stark  made robot how they would prefer to experience their time: Relaxation or tension? Joy or rage? Wit + humour or violence?

Relaxation is good for the body and mental health. It calms the mind. Thoughts are clearer. Chronic pain is alleviated. And most importantly, if we just pay attention to the saddening losses over the last few years, relaxation helps battle anxiety disorders, depression, panic attacks and suicidal tendencies. That’s a step forward and you can feel the vibe in the music. Muscle tension is no good for singing, unless you’d like to blow your voice up and wonder if Dave Grohl himself might share his bus load of strepsils and vocalzone pills with you. We are not saying that it is possible to fully avoid tension; we merely say that relaxation is more pleasant and make things better for all.

Joy. Fucking unfettered joy. One life, one go, right? It’s all good with raging, it might be fair in a certain context, politically or socially, but what is the outcome of rage? Violence? Anger? Just picture yourself listening to music as if nothing else matters. Wouldn’t you prefer to be dancing happily with your friends to a melodic, uplifting, dynamic tune rather than whining about all-time lows in cacophonic downbeat noise? Life offers plenty of reasons to complain, it just happens that a lot of of new American and UK rock bands don’t know how hard it is to be born and live in the 3rd world, start a band, deal with inflation, poverty, the absent state and try to make a living on any art form, survive and move on. Frankly, their sound is the one of the belly-ached who like to complain for the sake of it. On the intellectual level, common-sense criticism and well-crafted points of views are pleasant to hear and link to, but when you go through hard times on a daily basis you don’t really need any hyped “tortured-soul genius” explaining to you how it feels, do you? Wouldn’t it be nice to find a voice you can relate to in order to overcome your problems and get together with all the different people irrespective of their background and feel at least a little optimistic towards life? It is wit, humour and fun people rely on to carry on each day. Just fucking smile in Charles Chaplin’s way and make your sisters and brothers feel a bit better in your companion. When you belong to a privileged minority of people in particular that lives in a much more comfortable way than the rest of the world, remember The Clash, will power and empathy. Food for thought, isn’t it?
All of the above-mentioned stuff kids hear in the music. Can they really tell the difference between Tupac and Kanye West? Michael Jackson and Justin Bieber? Lou Reed and Alex Turner? Do they know the history of music and genres? It does not make Kanye or Justin any better or worse if they knew. Truth is, it does not matter. What matters to them is what is offered to them. Why do you think Hip-Hop, R&B and cheesy Pop are trendy now? Just because their vintage clothes aren’t as obvious as 90’s-Indie rock are. It won’t last much, though: same sounds, same producers AND same team of songwriters! This is an age in which music is timeless because of the internet. People only get old when they lose their curiosity. If a kid is curious, any artist will be new to him. Artists, music producers, company owners, A&Rs and journalists just need to feed their starving imagination. Be creative. Positive thinking and good vibes are no coping mechanism to deny the negative side of life; on the contrary, they are simply a way to tackle the ups and downs of this age, a way to turn them into something different, something new – after all, it is the attempt to act that implies courage, risk and determination. This age will see a new generation of musicians that build the soundtrack to baffle the oldies. Just let the kids have their say without imposing any preconceived ideas based on history, geography, language, sex, creed, statistics, charts, fashion, money or snobism. May high-spirited, unrivalled freedom be THAT music feeling.
“Feedback is Calling, sisters and brothers.”
#TheOtherness