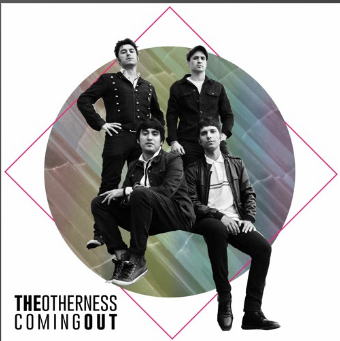 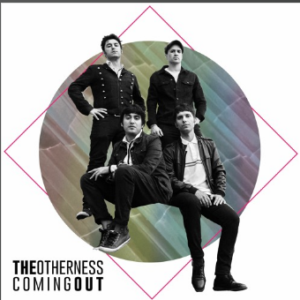 The Otherness come out with a new single.

The Otherness release the second track of the quartet they are releasing in the first months of 2020. We reviewed the first track Move On, now we get to hear Coming Out.

The band describe the song as “a sound that pays homage to Little Richard’s Keep A Knocking while being molested by Nirvana’s Territorial Pissings”. It’s an apt description for a song that grabs you by the balls, drags you into the street and insists that you have a good time. The beat doesn’t let up with some great rock ‘n’ roll guitar and harmonies.

We caught up with Gaspar Benegas (Argentinian guitarist who has played with Indio Solari, Las Manos de Filippi and La Mono and helped shape the guitar sound on these new releases by The Otherness) who produced the tracks, and asked him a couple of questions:

What made you want to work with the Otherness?

When I first met The Otherness we had a long and intense conversation. We needed to know if there was musical affinity and empathy among us and also if we’d share a peculiar sense of humour. In fact, it was very easy to get along well with each other because both the band and I come from La Patagonia -the deep south of the country. We share a sense of humour so typically sardonic and identified with that region. We were on track from the beginning…

During the first meeting I told them that they should sing in Spanish in order to achieve big success in Latin America but they got so mad that I immediately understood that these boys have the determination to achieve big things globally.

How do you see the music scene in South America, and Argentina in particular, at the moment?

Oh, the present situation of music in Argentina… It is very difficult to get access to instruments or musical education here and that’s why urban music grew exponentially in recent time: it is music that kids without resources can do in the streets. Regarding this lack of resources, we are still able to produce music other countries consume, which is positive and speaks well of our artistic skills. In Argentinean rock the old does not die and the new is not born. The Otherness are different.

There will be two more releases coming up form The Otherness, followed by a UK Tour.