Home Film The Other by Robert Mulligan – film review 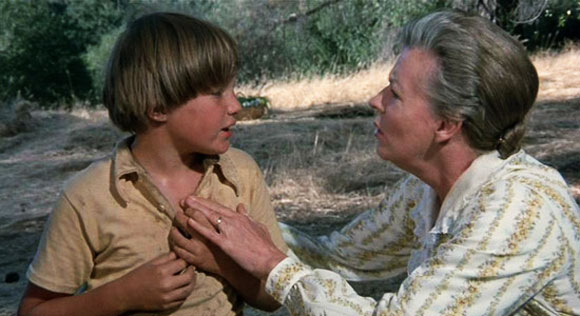 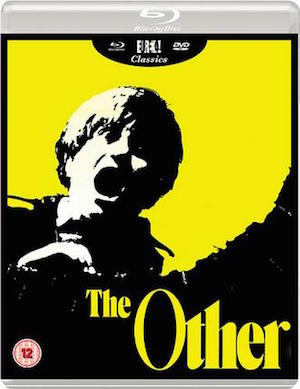 Described as an ‘unsettling horror masterpiece’, Jamie Havlin gives us his assessment of the latest Eureka Classics reissue, 1972’s The Other.

Written by ex-actor Thomas Tryon, The Other was one of the ten best-selling novels in America in 1971, although it failed to shift quite as many copies that year as William Peter Blatty’s The Exorcist. Soon both would be optioned as feature films with both authors supplying the screenplays and two well regarded names in Hollywood slated to direct: William Friedkin (The Exorcist) and Robert Mulligan (The Other).

Of course, you’ll know all about The Exorcist, one of the highest-grossing movies of all time and the first horror film to be nominated for Best Picture Oscar. The Other, meanwhile, was a relative failure and it is largely forgotten today, although some fans do regard it as Mulligan’s finest cinematic moment.

As a psychological horror, The Other is in many ways an uncharacteristic work for the Bronx born filmmaker, who had forever sealed his reputation ten years earlier with To Kill A Mockingbird; like that classic, though, Mulligan coaxes some truly outstanding performances from very young actors, encouraging the brothers Chris and Martin Udvarnoky to improvise whenever possible in what turned out to be their only appearances on the big screen.

Set one summer during the Depression in New England, the early part of The Other doesn’t remotely resemble what passes for a horror film in the twenty first century. In the opening scenes we meet some of the extended Perry family. There’s Aunt Vee and Winnie, Uncle George, pregnant big sister Torrie and her husband, Rider. This could almost be a nostalgic daytime TV family drama.

While The Exorcist would be filmed mostly at night and mostly in the city, here we are presented with glowing sunshine and an idyllic rural setting, shot immaculately by cinematographer Robert Surtees, who had only recently worked on The Last Picture Show and whose next job would be on The Sting.

Nauseating gore is non-existent even when gruesome incidents do begin to take place; when the boys’ cousin Russell (who had threatened to snitch on them for playing in a forbidden cellar) playfully leaps from a barn’s upper floor into a haystack where a pitchfork is hidden, Mulligan cuts, just before steel enters flesh, straight to the barn’s facade and then to the funeral rather showing the resulting bloodshed.

This is creep-out horror rather than a gross-out with Mulligan firmly in the camp that believes what the viewer imagines in their own head will likely be far more disturbing than anything they might actually see on-screen.

At the heart of the film are pre-teen identical twin brothers, Niles and Holland. Initially, it can be hard to differentiate between the pair but Niles appears more cheerful and likeable than Holland, who leads his younger (by twenty minutes) brother astray at every available opportunity.

Before too long, Holland’s true nature becomes apparent when he suffocates a pet rodent with no hint of remorse. He is clearly amoral, cunning and selfish, although he’s happy to boast about letting his little brother keep a ring decorated with a peregrine that Niles is keen to constantly carry about with him in a tobacco tin that also contains a mysterious hidden object wrapped in some blue paper.

The pair may be inseparable but they can also be seen as polar opposites, something I began to think that Mulligan was also emphasising by never showing them together in the same frame, the camera consistently panning from one to the other or else separating them by an editing cut.

There is something unsettling simmering away on the Perry farmstead and you suspect that Holland might just be to blame and the death of Russell won’t be the last tragic ‘accident’ to impinge on the family and their neighbours.

Unable to readjust to life since the recent death of her husband, the boys’ mother, Alexandra, played by a vacant eyed Diana Muldaur, has withdrawn into melancholia and spends the bulk of her time in her bedroom.  Her bereavement has spiralled far beyond what should be expected but is she really just mourning the recent death of her partner? 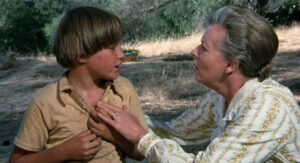 Indeed, it’s the twins’ Russian born grandmother, Ada (Uta Hagen) who largely acts as a parental figure (and nanny) to the brothers. She has always clearly doted on the lads and also taught them to make use of their telepathic abilities in the form of what she calls ‘the great game’, which is demonstrated when Niles projects himself into a crow that takes off from a nearby fence and soars into the sky above them.

The Other has many obvious plus points but it’s a slow-burner too and at no point during its first hour did I think that I was watching a film that could be compared to chillers such as Rosemary’s Baby and The Omen. About two thirds of the way through, though, I certainly did perk up when a startling twist is revealed.

Did I see it coming?

Maybe I should have as clues had been carefully planted throughout albeit Mulligan very carefully also puts viewers off the scent at key moments, and, no, I won’t give the twist away here as it would spoil your enjoyment of the movie.

From the moment of this revelation, the film moves up several gears, and Mulligan carefully orchestrates the suspense expertly right up until the shocking finale and the second major twist of the film in its closing moments. As the end credits began rolling, I realised that I wanted to see the film again.

The Other has been overlooked for too long, even among many horror fans. The Exorcist came out just one year later and The Texas Chain Saw Massacre a year after that and both must have made The Other look rather dated in comparison but it is a very good film and like other neglected horror movies of the 1970s,  such as Alice, Sweet Alice and Deathdream, it’s difficult to work out why it doesn’t enjoy a much higher reputation.

Hopefully its release on Eureka will help change that.

Extras include the original theatrical trailer and a highly informative booklet that includes an interview with Robert Mulligan from 1972.