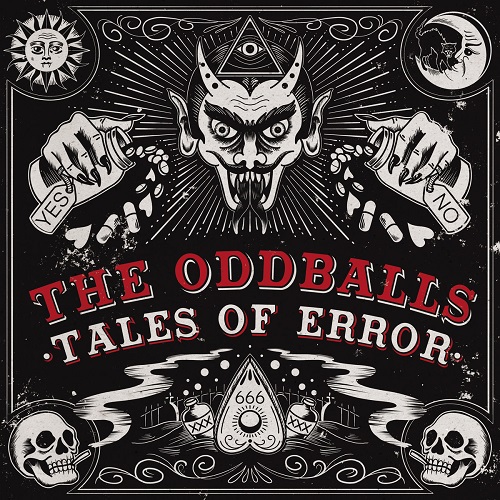 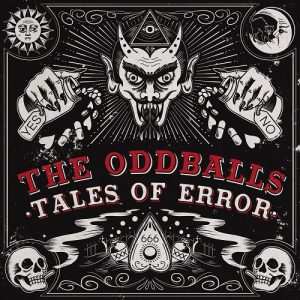 The Oddballs: Tales Of Error

Malaga’s Oddballs return with a new album of wild-eyed punk ‘n’ roll. Take a trip and discover what could be your new favourite good-time band.

I heard The Oddballs before The Oddballs existed. About a decade ago, the guys in the band were the sax-sporting, washboard grating, six-string-shooting backing musicians in the garage-rockabilly meets The Ronnettes Puño Americano And His Puñettes. After a couple of singles, the knuckledusters were put away and the band reformed as The Oddballs, a super-charged spit and crazed ride punk ‘n’ roll group whose only intention was to drag you down to the calimocho-drenched floor of their very own Drunk-o-Rama bar and not let go until you were twisting to their sounds. Now they’re back with their second album for FOLC Records and it’s an absolute blast from start to finish.

They sprint straight from the traps with Resurrection, a Rocket From The Crypt style grooving shakedown and from there don’t let up. The singles that they announced the album with are early standouts. Short Trip with its hip-jutting adrenalin-fueled spitball punk country vibe is an infection you’ll want a dose of over and over again, while Puppeteers strikes a more dangerous attack over a pummeling backbeat and rolling rhythm.

The band race through the tracks, only three of which break the two-minute mark, like a rollercoaster going down in flames, those strapped in on the ride of their lives. It’s the relentlessness that drives their live shows too and they bring that energy in full to the album. The title track is a great take on that unhinged Lux Interior delivery as the band, punk at heart, pull their sax sound and piano into the dense smoke-filled pit. That they leap straight out of it to the upbeat Invisible Girl before plummeting back down into the chugging menace of Last Christmas (I Woke Up In Jail) shows how the band have put together an album that twists and turns at every point to keep you with them.

It all comes together perfectly on the fantastic 7 to 3, which they announced the album with a few months back, before they sign off with an ode to the Drunk-o-Rama girls. “Las chicas del Drunk-O te pueden matar / Ya sea por la hacha / Ya sea con un baso / Te pueden matar incluso a mando.” (The Drunk-O girls can kill you / With an axe / With a glass / They can kill you on command.) It opens acapella, like some kind of traditional Spanish bar song sung and passed down through generations, before they fly out with a jive ‘n’ roll (half) instrumental, breaking down midway through as they return to sign off with one last hurrah.

This is definitely a record for long hot summer nights of punk rock abandon. It’s no rallying cry to kick out against the world, but rather to get together and let loose. No mistake.