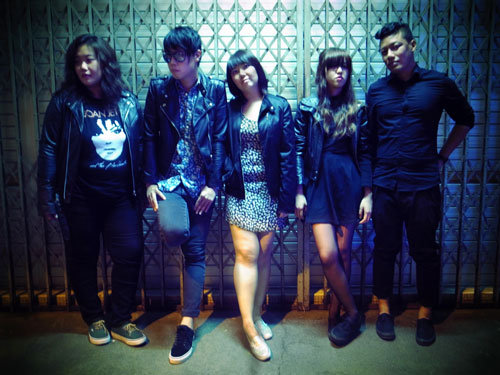 The Obedient Wives Club have been feeding our Louder Than War ears on and off for the past five years with their exquisitely executed retro-pop. After a two year hiatus that has seen the band members working on a variety of separate projects, July 14 2017 will see them release of their new EP Cinematica.

Obedient Wives Club, not to be mistaken with the organization which teaches wives how to be submissive to their husbands, are a Singapore based fuzzy, honey-soaked indie pop band established late 2011. Six years on, the six original members remain; vocalist YinQi Lee, guitarist Keith Tan, guitarist and vocalist Cherie Ko, bassist Sulaiman Supian and drummer Lennat Mak.

Obedient Wives Club, sometimes abbreviated to OWC, have released two celebrated EPs: their self-titled debut in 2011 and Murder Kill Baby in 2013. The later Rough Trade described as “a massive cathedral of emotion” and we’re still playing both to this day. The band’s varied musical tastes have impacted on the multifaceted collective sound of the band that sits comfortably (and fresher faced) between My Bloody Valentine and the Dum Dum Girls.

Earlier this month Obedient Wives Club released the first single from the EP, Baby Bye Bye. It’s undulating rhythms tell the tale of a squandered opportunity for love. It showcases further dimensions with the inclusion of horns and strings, providing a bolder, more assertive sound than their previous releases. Obedient Wives Club have caged the soul of Spector-controlled, classic girl-group pop. They have nourished it with feedback and stories of rejection and disillusionment producing extremely gratifying ear candy.

You can pre-order the digital release of Cinematica at the band’s official site further information, music and the best place for news and further Obedient Wives Club by liking their Facebook page and following them on Twitter from which they tweet as @obedientwives.