Home Music The November Five release a great single and tour and find the... 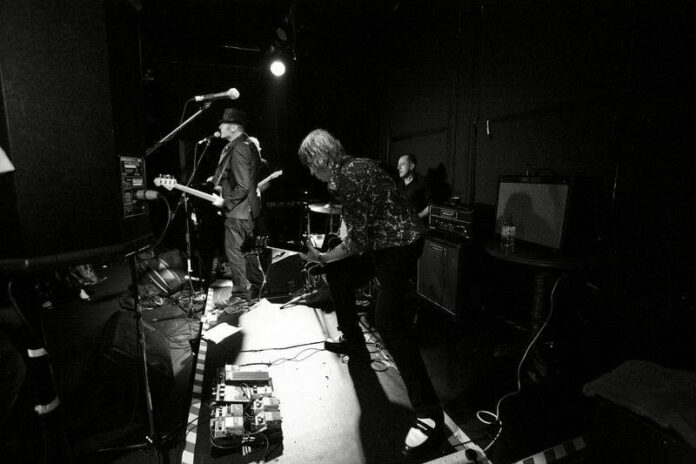 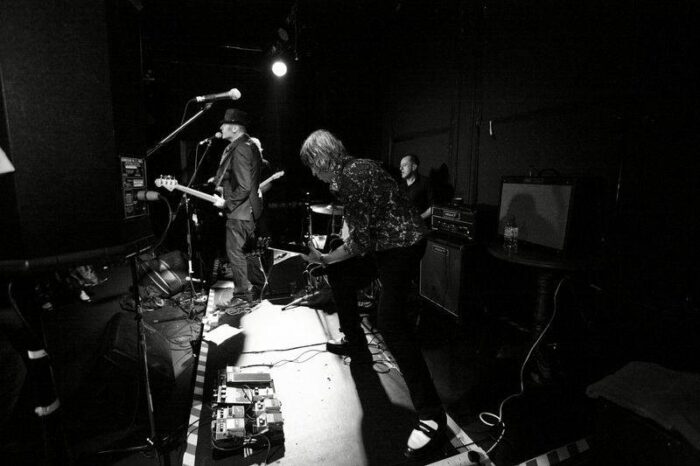 The November Five have been creating fire in the dungeon or, in plain speak, creating great rock n roll on the subterranean underground circuit for a couple of years. Their songs are crafted guitar gems with a dissonent dark edge that are still in love with the rock and the roll.

The new single, A Little Knowledge, is available for download via all digital retailers or direct from the band at https://thenovemberfive.net

1. There’s something fascinating about rock ‘n’ roll being an older game – what changes? Does life experience change the music and lyrics?

Joe Cribbin: It’s all about your attitude; that’s the most important thing. I have a fire inside my belly that has always been there. I simply have to make music; there has to be some creative release otherwise you might end up a drunken drone. Sadly, so many people write themselves off early on standing at the bar moaning and bending your ear about the state of the world and then do nothing about. Forget that: you just have to pick up your pen, your brush, your guitar or whatever and do something positive with it. Our culture is not just something we should have fed to us through a swimming pool sized plasma screen TV. It’s something we need to go out and engage in and re-shape. We mean it when we say “If you’re satisfied you are dead.”

Of course experience shapes who you are and that’s true of all art. Pain, love, joy, loss, birth -these are not exclusive to people of a certain age but it’s interesting that the issue should arise really. Would we, for instance, question the creative motives of architects or painters based on their age?

Julian Marszalek: On top of that, the nature of rock’n’roll as a cultural force has completely changed along with the society that’s formed it. This is something that’s so fundamental to who we are as people that it’s impossible to just discard it when you reach a certain age.

2. The band sound like a classic record collection re-imagined- is this a factor?

Julian Marszalek: The thing is, it’s impossible to escape your influences but what really counts is how you use those influences. It’s not like we ever get together and say, ‘Right, this song is going to sound like such-and-such’. What comes out of us during the creative process is something that’s so deeply ingrained that you can’t ignore it. Influences manifest themselves in so many different ways.

To give you an example, I was lucky enough to see bands like The Birthday Party and The Cramps play live back in the day and those are pretty high standards that you’ve got achieve; not so much in us sounding like them but in terms of putting on gigs that are that fucking exciting that you’re not going to forget us in a hurry. You’re not going to find us staring at our shoes or dicking about on stage; you’re going to get the most exciting gig that we can deliver.

But we take influences from all over the place and certain things help you bond as a band. I remember when our drummer, George, joined the band and we were driving to a gig in Bournemouth and he had his iPod on Shuffle. Right out of the blue comes Scientist’s ‘Your Teeth In My Neck’ and, though we never play reggae but maybe use some moves, I remember thinking, Yeah, this is the guy for us! And I think that the amount of electronic music that he listens to really makes a positive effect on his playing and ultimately the band.

Mind you, you only have to open a newspaper or watch the 6 O’Clock News and you’ve got influences there.

Joe Cribbin: I’m lucky enough to teach music and I always tell my students, “If you want to know about music you need to get a big brother.” I was lucky enough to have two and an older sister. I would spend hours on end as a very young boy listening to their record collection and bands like The Doors, Iggy Pop, Bowie, The Kinks, Buzzcoocks, Lou Reed, Joy Division and The Clash. It was the best education you could ever have.

3. What can we expect from the band’s new material?

Julian Marszalek: More outrage, more anger and more of The November Five in all your favourite colours. Our original lead guitarist, Chris Maciejewski, left to live in the desert in Nevada and with him went his very idiosyncratic style. The arrival of Garry James on guitar has given us a different edge and lends the music a more melodic tone, but at the core the music is still passionate and filled with love and anger.

Joe Cribbin: Yeah, we’re still outraged by injustice and constantly surprised at how this continues. The new single, A Little Knowledge, points at this. The people who we trusted have been lying to us and, worse still, used that position to take advantage. I’m shocked that out of the woodwork people are saying “Yeah we kind of all knew something was going on but you know…” If you knew why didn’t you say? There is a feeling of collective guilt here, spectators are the perpetrators after all.

4. How do you construct the perfect song?

Julian Marszalek: When we do, we’ll tell you! That said, we’re totally proud of what we’ve done so far and what’s to come. For me, we make the music that I’d want to hear on the radio or buy and listen to – and that’s a good start.

Joe Cribbin: What is perfection anyway? Is there such a thing? There always has to be more something else around the corner. If you thought you had written the perfect song you may not bother writing anymore. You’ve got to keep going, got to keep moving forward, find the next thing and make it better than the last.