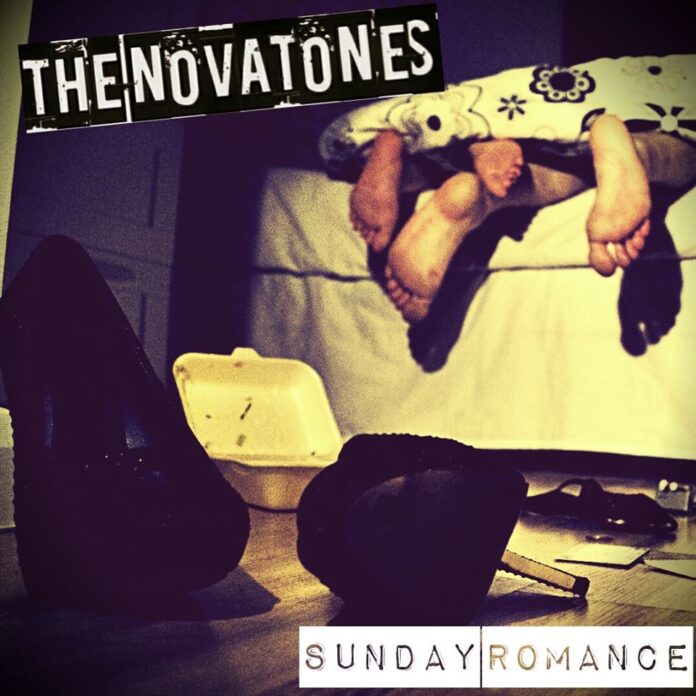 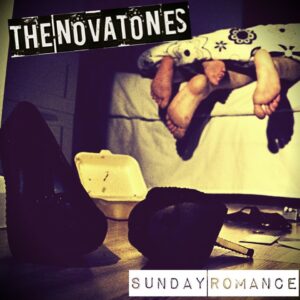 Another white-boy indie-guitar band with a ‘The’ Something name playing Sixties / Punky / Britpop?  Yeah, So What, says Ged Babey as we premiere the (much delayed) video for the lead track on their new EP.

The Beatles. The Kinks, The Who. The Clash, The Jam, The Smiths, The Housemartins, The La’s. The Libertines. The Cribs. The Maccabees. The Courteeners …  The Definitive Article. The THE!

It’s always been there in the nomenclature of the Great British Rock ‘n’ Roll Band. It’s a statement which says that this is THE FUCKING BAND and the ONLY Band, with this chosen name. Like a football chant “There’s only ONE Nova-tones.” And it shows a unified front, a gang mentality, like The Jets and The Sharks.

According to Wikipedia a nova is ‘a cataclysmic explosion on a white dwarf ‘! So a Novatone must be the sound of one. Sadly the band members who left last year were normal height so I can’t pull an insult out of that. The new guitarist Mackenzie and bassist Toby haven’t changed the bands sound at all except to rev it up a gear.

There really is no need for a new sound, a new way, because this is what people want. Bands like THE Novatones. Laddish, young geezers playing classic but rough and ready pop. Without beards. And with guitarists who can jump three-feet in the air from a standing start in order to help a crashing chord waver instead of using a whammy bar.

The key snatch of lyric off of the batch of songs on this EP is the stuttering “T-T-Tell me that you want me…” cos its got that yearning quality that all great love songs with manic guitars have.

Daddy Didn’t Know is the lead track, well the one they’ve made a video for, and is a tale of desperation. Forever Tonight is another teenage anthem, actually they are all anthemic, infectious Britpop. A name which points to the past, but Novatones are here and happening now.

As with their previous EP’s (all three of which need pulling together to make a classic first album by default) there’s a lighters-aloft, Beetlebum-ish slow-builder just designed for festivals when the daylights waning.

Weston Song is a triumph spitfire of a song with a classic football-terrace backing of la-la-la’s and great lyrics tumbling out of Anthony Pittmans mouth about lies and tears, empty glasses and greener grass.

The Novatones may be nothing new to cynics but they are kings to their fans, as well as being down to earth lads and this is a damn fine representation of their live sound.

They recently played a couple of dates, including the 100 Club, supporting legendary Mod band the Lambrettas with whom they seem to have bonded. On their Facebook the Lambrettas said:

The Novatones as a band put on the most energetic & enthusiastic set, but also we love your songs and you’re a dream to work with! Let’s hope we can do it again very soon.

The Novatones are the sound of the baton being passed from the 60’s Generation to the Late 70’s one via the 90’s to now. That’s THE Novatones.

Novatones play the mainstage at Bestival offshoot the Common People Festival in Southampton on Saturday 23rd May 2015 along with other Southampton acts The Rising, Sean McGowan, Dexters, Bel Esprit, Fever and the Costellos.

All Novatones music is on Spotify and iTunes.