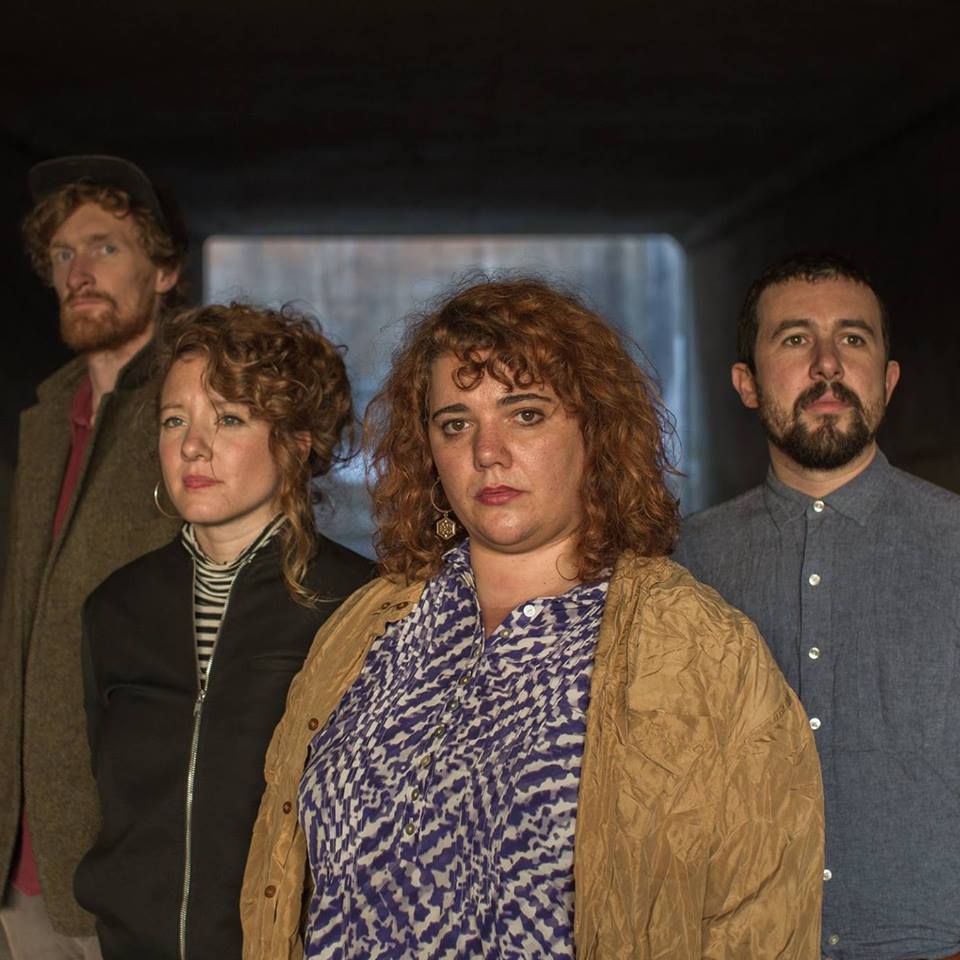 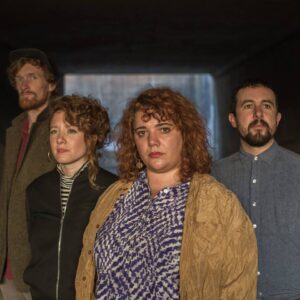 From the melting pot of the West Country The Nightjar are starting a quiet revolution with latest album Objects. Sean Diamond reviews for Louder Than War.

Bristol has a proud tradition of producing dark, atmospheric music. From the discordant dub/punk wailing of The Pop Group to the dense trip hop of Massive Attack, Tricky and Portishead; this West Country city knows the score when it comes to long dark nights of the soul.

The Nightjar are the latest addition to this macabre melting pot of sound. Aptly named after a nocturnal bird, their debut album, Objects, throws some ‘lo-fi post-folk’ (their own words) into the cauldron, the missing ingredient in a witches brew of malignant beauty.

Opening with the sound of waves crashing against rocks on a beach, All Objects Must Cease, the album’s first track, showcases Mo Kirby’s vocals to positively chthonian effect. The album was recorded in a series of late night sessions in a rural Portugese farmhouse (with some additional piano conducted in a run down bar in Serta’s dilapidated Old Town), and boy, does it show!

On a similar vibe, the impossibly spooky second track The Birds Were Made To Sing For Us brings to mind a desolate child’s bedroom, dark, bare but for a solitary rocking horse rocking back and forth, back and forth in the centre of the room, silhouetted against the drab walls by a silver slither of moonlight peering through the decaying blinds. Wardrobe places you in a similar frame of mind, although this is more akin to discovering a dust covered black and white photograph album in a dark house full of secrets, with Kirby’s slightly garbled regional vocals often rendering the words inaudible. No bad thing, it simply adds to the mystery of it all.

Frankly, on the basis of these three opening songs you’d be forgiven for thinking this is music for folk who find the likes of Radiohead and Nick Cave a little too chipper. Solace comes in the form of Cockleshell, a vivacious summer lullaby about wandering the shore and (I’m guessing) collecting shells, and The Lead And Line, a cinematic torch ballad with a sparse piano arrangement which would be perfect for a scene in a gritty TV Crime Drama.

The band have referred to the album as “songs for the end of time”, a statement difficult to argue with when faced with the harrowing Black Waters, which I’m guessing deals with the subject of river/sea pollution. In The Sky Or In The Ground gives a nod to the band’s beginnings as a close harmony vocal trio, with bassist Sarah Ricketts providing a gorgeous Contralto to Kirby’s Soprano. It’s perhaps on this closing track that the music of The Nightjar makes the most sense, coming into flight against the odds of life with admirable levels of precision.

A difficult group of a rare, unique beauty, music doesn’t come much more minimalist than The Nightjar. Rarely playing together as a foursome throughout, there’s a strange kind of ‘fuck you’ vibe about the record which is somehow closer in spirit to punk than the bogey encrusted pop haters of the ‘Real Folk’ brigade, an outsider mentality at odds with the accepted ‘norms’ of any established music scene or movement. Toweringly intellectual yet blessed with a haunting fragility, The Nightjar are starting a riot of their own. Albeit a very quiet one.

You can find out more about The Nightjar at their official site.

All words by Sean Diamond. You can read more from Sean in his author profile on LTW.