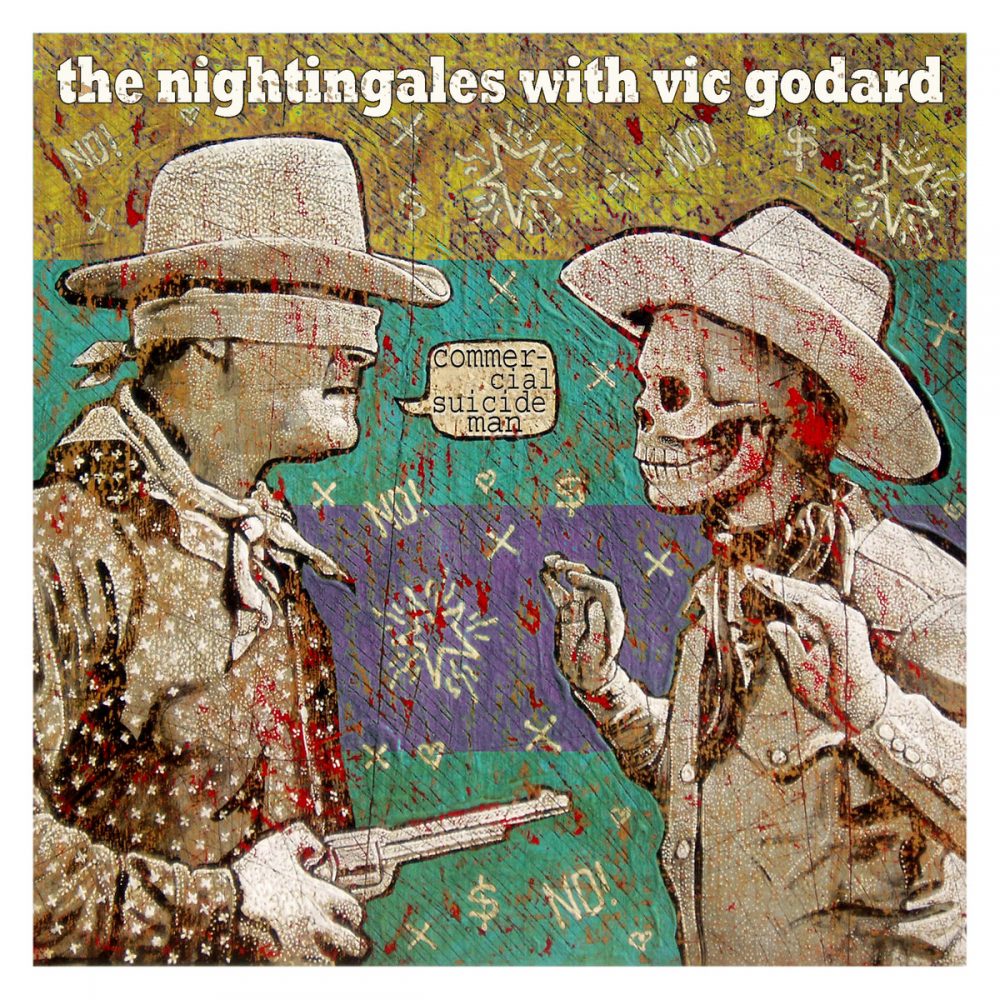 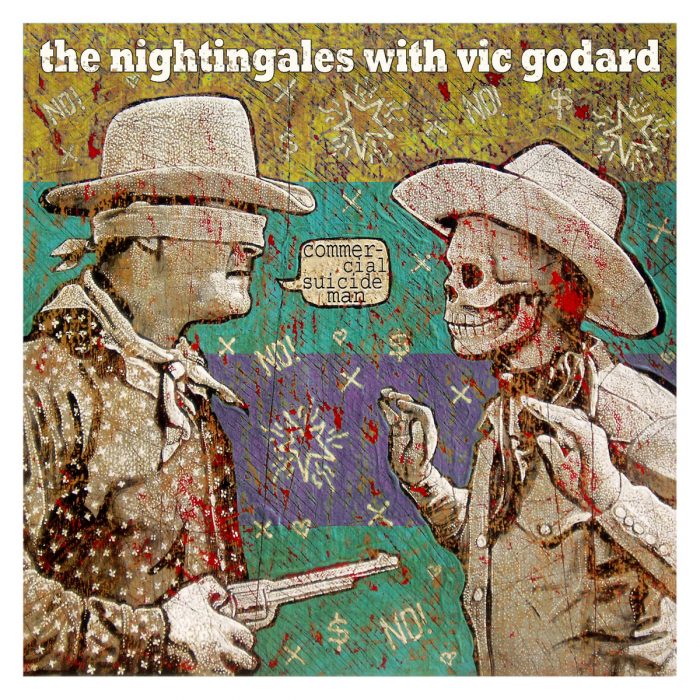 You may have heard this on BBC Radio 6-Music … where Marc Riley, quite rightly, calls Vic Godard ‘the Greatest Living Englishman’.  Robert Lloyd is the Whiskey-drinkers Poet Laureate.  Together, on this cracking single they have become the Bob Hope and Bing Crosby of the Blank Generation (introducing Fliss Kitson as Dorothy Lamour)…

Two of  what I consider to be The Definitve Punk Rock Albums of 1978 were not actually released until 2007 and 2004 respectively. The ‘lost’ Subway Sect album was re-recorded and released as 1978 Now on Overground Records.  There’s a good review here.  The posthumous album by the Prefects (The Prefects Are Amateur Wankers) came out on Acute Records . These are priceless artifacts (as well as good tunes) that encapsulate ‘what punk was all about’ just as much as anything by the Clash, Pistols, Damned, Jam … if not more so.

40 years on and Robert Lloyd still fronts the Nightingales (who rose from the ashes of the Prefects) and Vic Godard and Subway Sect continue to record and tour more than ever.

So what could be better than for these two, wise, old underdogs to finally unite and record together….

But first, some tales from way back, when Robert and Vic first met.. .(Taken from the press release)

Vic Godard and Robert Lloyd met in the spring 1977, when their bands – Subway Sect and The Prefects – opened The Clash’s White Riot Tour. They hit it off immediately, joining forces to drop matches from the lighting rig in an attempt to set fire to The Jam’s large Union Flag backdrop. With healthy disdain for The Clash and the punk rigmorale they found themselves caught up in, they ended up playing quite a few gigs together, despite The Clash / Subway Sect manager Bernie Rhodes’ hatred of The Prefects in general, and Robert in particular, famously calling them “amateur wankers.”

(Scant audio evidence of those days exists, but a recording of both bands, plus The Slits, engaging in a piece on-stage insanity loosely based on Vic’s No More Rock And Roll For You was released on The Slits’ “Official Bootleg” album, and still makes the rounds today.) Most of the era’s “legends” have either passed away or devolved into artistic irrelevance. Yet Vic and Robert still create captivating, intelligent, challenging and humorous work, having never stopped persuing their individual muses, to the acclaim of their peers and critics . . . yet with varying degrees of ignorance and indifference from the record-buying public. This hasn’t stopped or slowed them from doing work that needed to be done.

In 2011, Stewart Lee curated a series of concerts and included The Nightingales. Consequently, Robert invited Vic and The Subway Sect to be special guests on the show. Following this decades-overdue reunion, Vic was inspired to write a duet for Rob to perform with him. For a variety of reasons this project was long-delayed, but finally, Commercial Suicide Man sees the light of day. This limited edition single kicks off The Nightingales’ May / June UK tour, and features exclusive artwork by Jon Langford. 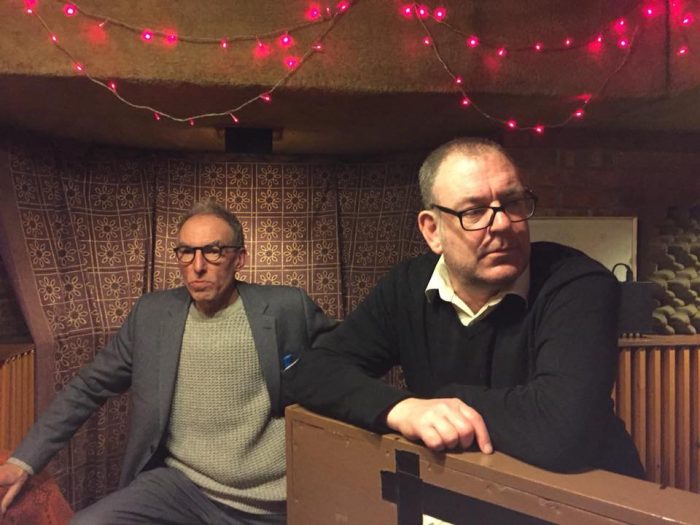 the A side – “Commercial Suicide Man” is a Nightingales arrangement of a Vic song written as a duet for him and Robert to sing together. And the B side – Vic sings on a new recording of the Gales’ “Ace Of Hearts” + a cover version of an old Giorgio Moroder B-Side “Underdog”

All you need now, Smash Hits style, are the lyrics, so you can sing along to the chartbound sound…

And to save you from getting the brush off
I put you on the road in a van
But to make people buy your records boy?
I don’t know who you think I am

Ah, but if we make it come across natural
The press will call it a scam
To make it sell for are we not
A pair of also-rans?

Well my career is on an upward curve now
Decades overdue
So why do I struggle to find a way
To separate the blues from you?

Lyrics by Vic Godard. Edited, tarted up and added to by Robert Lloyd.

Absolute classic, and yes Robert does sound everso slightly like Vic Reeves club-singer … and yes,  Fliss is an outstanding drummer.  It’s the best duet since Iggy and Debbie Harry teamed up on Did You Evah?  Well, it is on my planet.

The B-sides are equally good (in true punk 7 inch tradition).  The version of  Giorgio Moroders ‘Underdog’ is sublime, and the other track…

I have conjured up a (completely fictional) mental picture of Vic Godard and Robert Lloyd as dirty-kneed seven year old boys who knock about together at and after school.  One day Vic’s mum has had enough and tells him;  “You’re not to associate with that Lloyd boy any more!  He’s a bad influence on you, He’s a dirty so-and-so!.”

Why?  Well, in 2018 Vic Godard has a professorial air about him; specs and a genial if slightly absent-minded manner.  Robert Lloyd is more a be-suited bruiser with whiskey-breath and a very sharp tongue.

Lloyd has made Godard sing on a version of the Nightingales song ‘Ace of Hearts’.  It’s just not right to hear lovely, sweet Victor sing the opening line…

That Robert (as Vics imagined mum said in my reverie) is a very bad influence on him!

Commercial Suicide Man is available to buy now from here.

All words by Ged Babey except where stated