Home News The Nightingales release an EP of remixes! 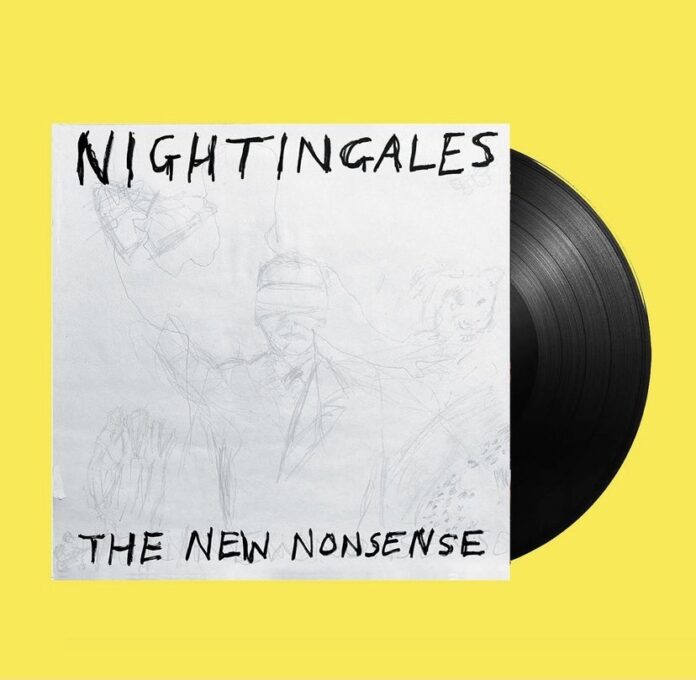 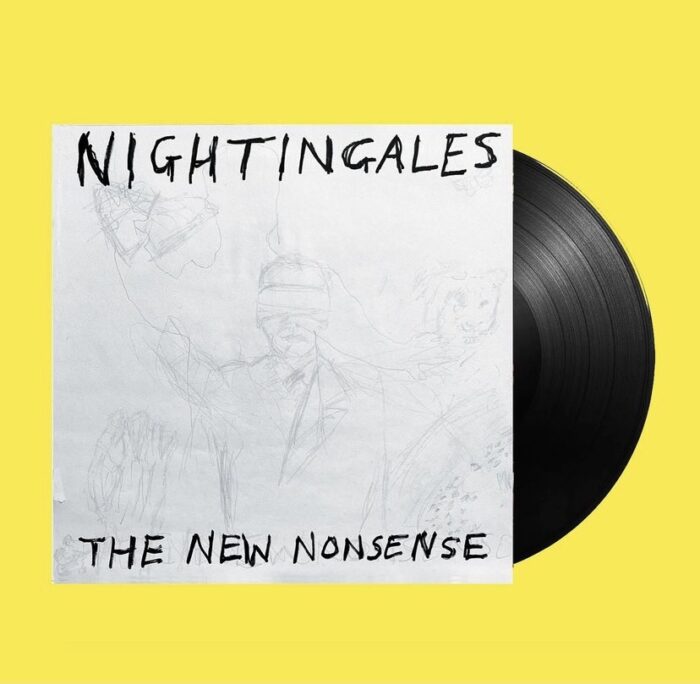 In the early months of 2022 The Nightingales have a number of record releases, starting with “The New Nonsense”, a 12” EP featuring radical reworkings of tracks from the band’s last album “Four Against Fate” by top techno DJ Surgeon, the fantastic Go! Team and German wunderkind Randy Kuntz.

Available from here
The rather inscrutable Robert Lloyd is a fan of The Go! Team, and he asked that band’s leader – Ian Parton – to have a go at one of Four Against Fate’s songs. The world of post-punk and industrial dance overlap only slightly and only now and again, so you may not know that Birmingham’s DJ Surgeon is a giant of the genre. To put it another way, some of his videos have more than 150 times what the average Nightingales video receives, and so Rob and the gang were delighted when Herr Surgeon himself reworked another Nightingales song. And to put a cap on it all, the mysterious man at Faust Studio in Scheer, Germany – one ‘Randy Kuntz’ – remixed a third tune, then Robert put together a cover with cellotape and highlighters and decided that it looked better with the back cover offset 90 degrees from the front.

About two weeks before the band’s current tour, we received word that receipt of the 12″ would be pushed back to the start of January. So the 12″, “The New Nonsense”, is now a discographical oddity. It’s a limited edition which will not be re-pressed when we sell out, as 12″ singles cost the same to make as LPs, you can’t sell them for as much and, it’s a crowded field with the new album, deluxe reissues of “Hysterics” and “In The Good Old Country Way” both coming soon, along with an LP version of the King Rocker soundtrack, and a few more surprises

Includes unlimited streaming of The New Nonsense via the free Bandcamp app, plus high-quality download in MP3, FLAC and